How to beat the recession: cut costs, slash prices, don’t lie and be creative 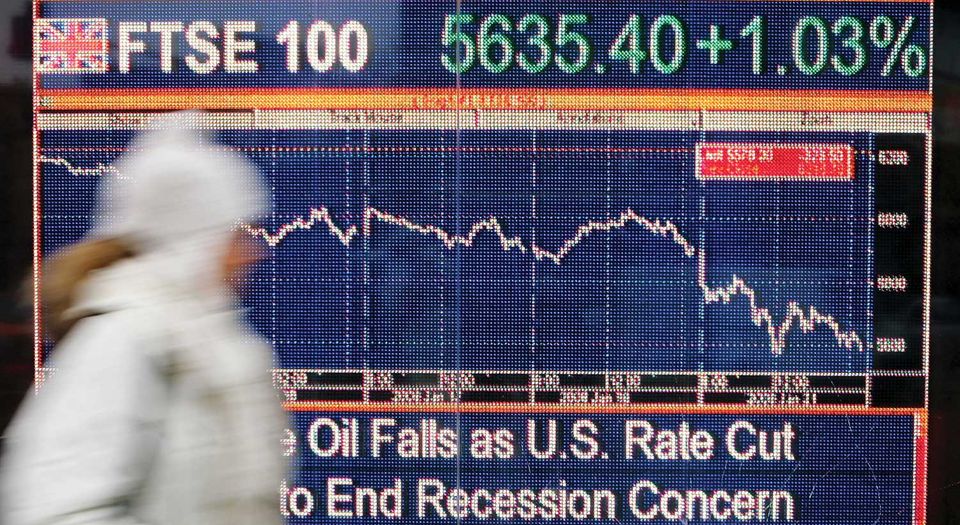 “Cut costs as quickly and as radically as you can. Speed is the most important thing. Don’t wait, don’t let it get out of control. Act immediately.” This is the advice of Karsten Schubert, the German-born London dealer, to galleries struggling to survive the economic downturn.

The process is “very painful” says Schubert because “you are dismantling what you’ve built over the last few years,” but the only way to continue operating is to “let very qualified staff go very quickly and very brutally” and, where possible, to reduce other overheads such as rent.

Schubert, one of several art world professionals to take part in a recent panel discussion in London entitled “The Art World in Recession: Practical Solutions”, said no art dealer could now rely on the support of his or her bank.

“My experience was the same in 1991, during the last big recession. The moment this started evolving, the banks weren’t there any longer. They became the enemy very quickly, they weren’t willing to help because they couldn’t see the logic of doing so. You’re very much on your own. The banks won’t be there for any of us for a very long time,” he said.

The business consultant Jeff Woolf explained that “bank managers stand to lose their jobs if loans go sour,” so they are also “pulling overdrafts”, and there is a “complete squeeze on credit”.

Keir McGuinness, a management consultant who said he had been through two recessions but believed the current one is “the worst” he’s yet seen, summed up the problems faced by most dealers. “Markets have subsided, sales have disappeared, cash flow has collapsed, which leads to debt.” This is what can stop you from functioning, he said. The reaction of many dealers, especially younger ones facing their first recession, is to “panic” and “put their head in the sand” according to art lawyer Nicholas Sharp.

The panic must be overcome quickly, Sharp said, and the debt must be tackled head on. Although clients are asking for advice on “how to deal” with it, Sharp conceded that “lawyers can’t be much use because, in most cases, the debt is not disputed. It’s simply money owed which can’t be paid.” The best thing is “to try to deal with problems before they arise. Go to your creditors and talk to them—set up deals where you can pay them in instalments,” Sharp said.

The best thing is “to try to deal with problems before they arise. Go to your creditors and talk to them—set up deals where you can pay them in instalments” Nicholas Sharp, art lawyer

What matters more than profit at the moment is cash flow, stressed the veteran London dealer Alan Cristea, who said he had weathered four recessions. Keep the money coming in by selling work even if you have to do this at a large discount. “Without cash flow, you can’t do anything,” he said.

Schubert pointed out there will be a problem in weaning collectors off higher discounts when the good times return, but he agreed that cash flow is now “paramount”.

The Art Newspaper’s Louisa Buck warned dealers against courting “a whole new client base” in the current climate. “Galleries have to work hard to nurture their existing clients,” she said. She told the story of one gallery, surprised by the success of a recent show and so pleased to have attracted new buyers, that “they neglected to give their loyal collectors the options on the art they’d wanted. The collectors were royally fed up,” said Buck. Do not focus on “the short term” even if “it means someone new and exciting has to get to the back of the queue”.

Woolf concurred, explaining that for most businesses: “It is about six to ten times more expensive to develop new clients than it is to retain existing ones.”

“Maintain your clients through regular contact,” but it is important not to appear desperate, Woolf said. “Too much” contact is “annoying”. Handling existing relationships “requires innovation”, he said. Galleries need to ask themselves: “What is it our clients want? If they’re not going to be spending money, how do we keep them in touch with what’s going on at the gallery?”

Galleries need to ask: “What is it our clients want? If they’re not going to be spending money, how do we keep them in touch with what’s going on at the gallery?” Jeff Woolf, business consultant

It is important to “be realistic” when talking to collectors, Cristea said.

“When you talk to them—don’t pretend. If somebody complains: ‘That work I bought from you three years ago, there was one sold at auction the other day for half the price’…You say: ‘Everybody’s affected by the recession, it’s a world-wide recession, why shouldn’t we be?’ If people ring me up and ask: ‘Will you buy this work back?’ I say: ‘Hang on, what do you do for a living? Would you buy that house back for the same price you sold it for? No, let’s get real here.’ And people understand that.”

“If you pretend all the time, you go bust—if you’re too stuck up to reduce prices, fine. Better go do something else,” Cristea said.

Not so long ago, some artists were “insisting on exhibition space which needed to be [several] thousand square feet” or they’d refuse to show their work, noted Keir McGuinness. “Now, it’s very different.”

“I’m surprised how quickly most artists have adjusted to this. Their primary concern, if they’re really good, is they want to make their work. Artists will always find ways of making it happen,” Schubert said. “We have just been through four or five really silly years when anything was possible and any demand could be made and met. That’s over and the good artists have adjusted.”

Nicholas Sharp advised galleries that this is a “good time” to do some housekeeping and to standardise relationships with artists by binding them to contracts, but Cristea argued that this was a “dangerous” move.

“This is the last moment when you ring up an artist and say: ‘We’re going to [standardise your] terms of contract’, because that will immediately indicate to him or her that you’re going up the [creek] without a [paddle],” Cristea said.

“Relationships with artists are based on trust. You can have hundreds of pages of contract with an artist and it’s worth fuck all if the trust is gone. Do not ring up artists and make contracts now. Do it when [the times] are good and they’re getting loads of money from you and they think: ‘I’d better stick with this guy’.”

“If you sit in the gallery feeling sorry for yourself, you’ve had it,” Cristea said. “The most important thing is to see the new reality as a creative challenge. The moment you view it that way you’ll almost certainly get through it. You can get far more satisfaction out of doing reasonably well now than you could get from doing well two years ago because anyone could have done incredibly well two years ago. It was like falling off a log.”

“You can get far more satisfaction out of doing reasonably well now than you could get from doing well two years ago because anyone could have done incredibly well two years ago. It was like falling off a log.” Alan Cristea, gallerist

The downturn would also be good for art, Schubert said. “It was at the height of the last recession that the YBA movement was born. Against the current backdrop, a lot of really exciting things will happen again. The last four or five years it has been about the status quo. Now it’s all open. It’s very exciting.”

• The panel was organised by the art insurers Hallett Independent, www.hallettindependent.com

During the 2008 recession, the global economy experienced a 1% dip. In 2020, due to the Covid-19 crisis, we are staring down a sharp 3% dive—the worst since the Great Depression, according to the International Monetary Fund.

It is hard to reconcile the moderate advice given by industry veterans in 2008 with the pervasive sense that there is radical action needed now, not just by individuals but—more importantly in some cases— governments in order to right our listing economic ship. Still, there is truth in Alan Cristea’s statement that “without cash flow, you can’t do anything”, which explains the current rush to sell online, despite the the fact that the art trade has vehemently avoided this trend despite the undeniable growth of it in other luxury industries over the last decade.

Counterintuitively, what is perhaps most reassuring in this article is the recognition of and appreciation for the pain and shock in the marketplace—feelings everyone is grappling with these days, especially as fairs are cancelled, galleries close and staff are furloughed. The art trade faces what is not just a slowdown this time, but a lockdown that is changing the shape of the commercial landscape writ large. But it is heartening to remember that, despite the seeming brutality of our present moment, innovation remains constant and the art world will once again be open for business. -- Margaret Carrigan, senior editor, Americas & deputy art market editor