It's a Christmas wrap at a seasonal art boot-fair 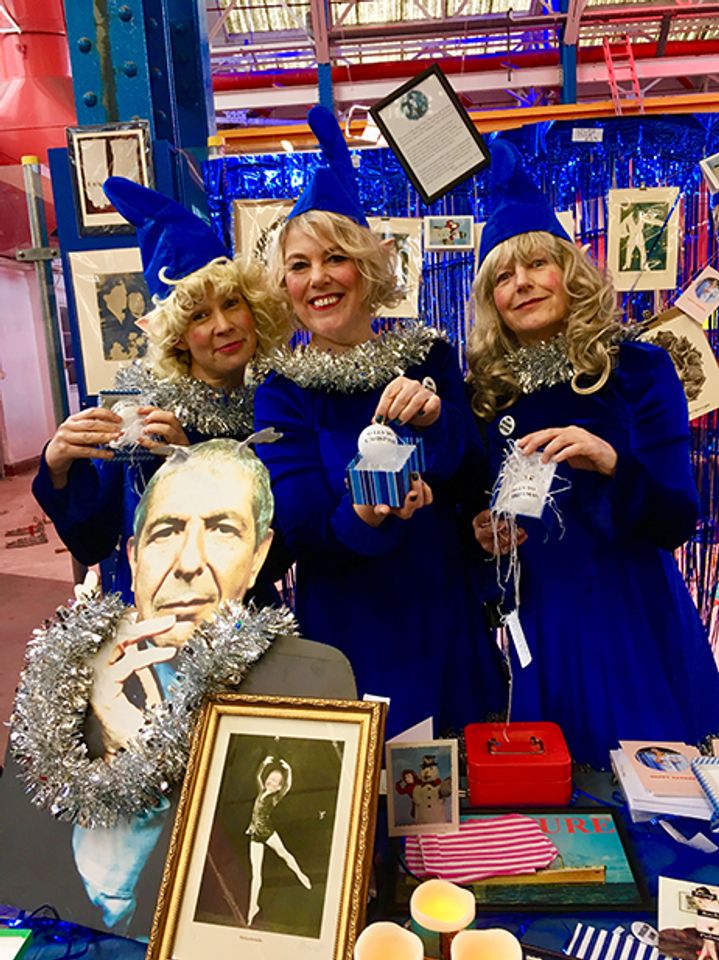 The art world and beyond were Christmas shopping until they dropped at a special festive edition of the Art Car Boot Fair on Lambeth High Street, last Sunday 9 December just around the corner from Damien Hirst’s south London space. Although Mr H was not in evidence, his former spot-painting assistant the artist Rachel Howard and her husband and Hirst's right-hand-man Hugh Allen were very much in evidence. They were joined by his former Goldsmith’s compadre Mat Collishaw, who was sharing a stand with his artist wife Polly Morgan and selling a characteristically bittersweet special seasonal print of a robin against a backdrop of street graffiti.

The official title of the event was the ART CAR BOOT FAIR CHRISTMAS WRAP PARTY, and there were many more seasonal gifts to be had, often with a distinctly sardonic twist. Tony Beaver was offering paintings of very scary snowman faces alongside his familiar potato portraits, and Christine Binnie had some excellent ceramic Yule quaffing beakers, some with disparaging comments on Brexit and/or archaic female imagery. You didn't want to look too closely at the Christmas decorations on sale at Sadie Hennessy’s stand which were fashioned from snipped porn magazines and there were some more very rude baubles being sold by Cate Halpin. On a more innocent note, Wilma Johnson was selling artist-customised Marigold gloves, albeit rather too beautiful and delicate for any post-festivity washing up. 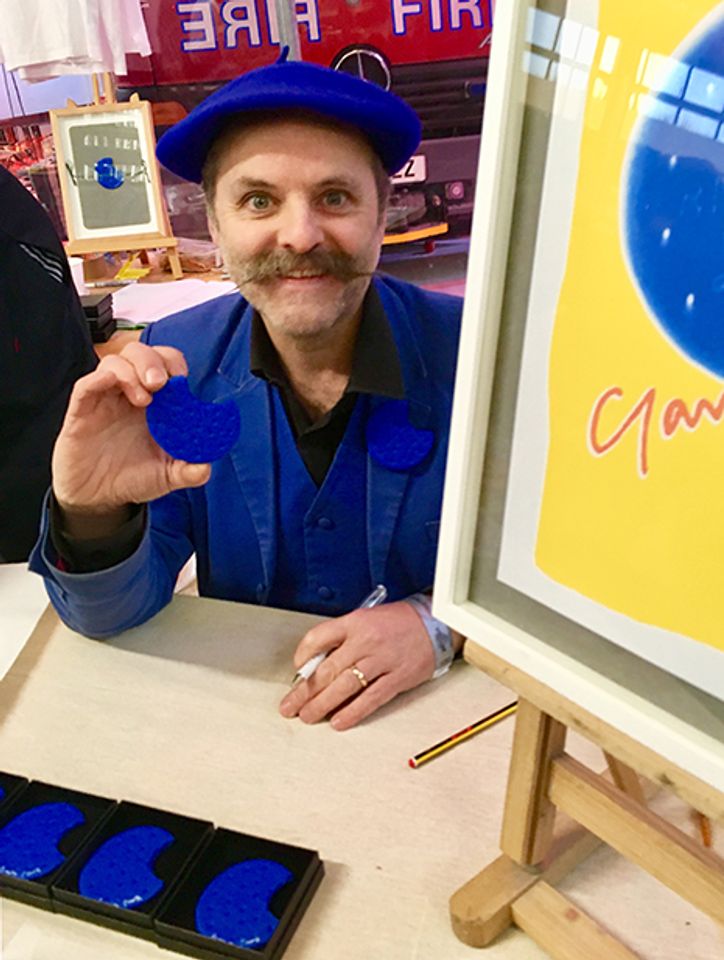 For those after a big name but without the budget to match, a resplendently ultramarine-clad Gavin Turk was on site selling neatly-boxed Rich Tea biscuits, each one signed and bitten by the artist and painted in International Yves Klein blue. There was a parade of famous artists on the shared stand of Bob and Roberta Smith and Jessica Voorsanger, all portrayed by Ms V, while Ian Dawson was offering bespoke boxed-up curated exhibitions of landmark art-historical artworks – from Picasso and Rodin to Koons and Penone – in miniature. There was even a chance to own a piece of an actual artist with Jane Howard’s booth sporting a very limited edition cast of the distinctive schnozzle belonging to legendary performance art pioneer Bruce McLean. Now that’s something for the toe of anyone’s Christmas stocking…