‘Only ideas can change the world’: an interview with the Zero group’s Heinz Mack

The artist, who turns 86 in March, reflects on new work—but how little his ideals have changed—ahead of presentations in St Moritz and New York

In the breaks between the slalom and the downhill, those traveling to St Moritz for this year’s FIS Alpine World Ski Championships (until 19 February) can also make time for some quiet reflection, courtesy of the German artist Heinz Mack. On a footpath by the city’s lake, framed by evergreen trees, the nearby mountains and with a clear view to the town, stand nine monumental golden columns, each more than seven metres tall and covered in hundreds of thousands of mosaic tiles.

The installation, titled The Sky Over Nine Columns, has already been shown in Venice, Istanbul and Valencia. These projects—public and on a grand scale—are among Mack’s favourite because they largely skirt the institutional space, which he long ago identified as too stifling. 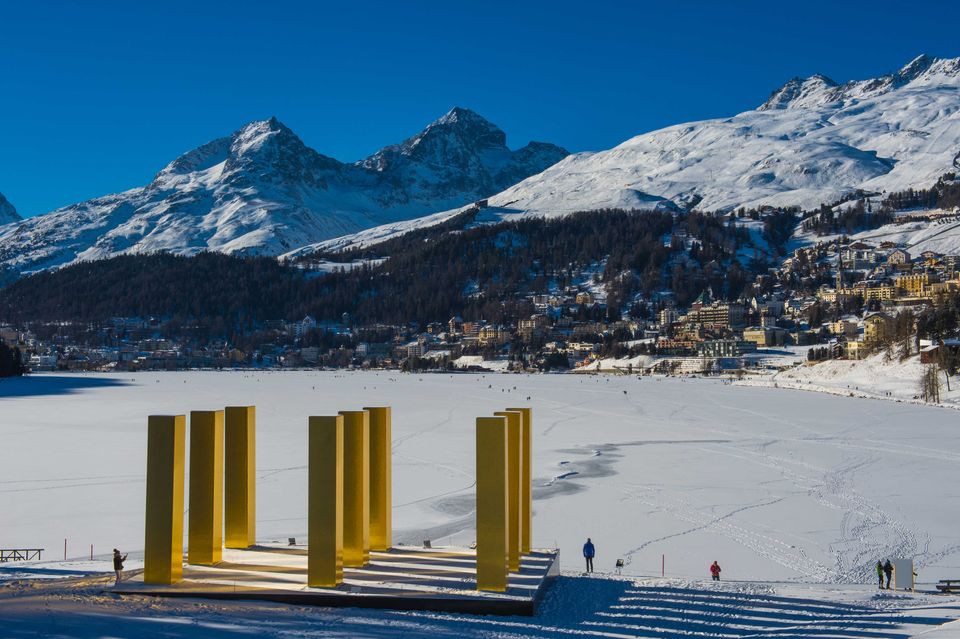 “It was an idea to fight against the world of tradition and museums,” he says of another large-scale work in a remote location, his Sahara Project of the late 1950s. The landscape “should be free, clean, untouched—it should be just nature in a very pure way,” he says.

But sometimes, as with his forthcoming exhibition at Sperone Westwater in New York (17 February-25 March), even Mack will work within the limits of a gallery. The show, which includes works from as early as 1958 and as late as 2016, draws a straight line through his career to argue that certain concerns have always been present.

“To try to get a long story as short as possible, light is really the main inspiration—and shadow, too,” Mack says. This was as true in 1957, when he founded Zero magazine with Otto Piene, as it is today. But Mack does not see his work as a simple manipulation of light and dark. The problem for the Zero group, he says, “was the intense crisis in our heads and our hearts. We were concerned with how to make a new beginning after we had made the irreversible decision to abandon the old position”—which included, among other things, Expressionism. “German artists were always Expressionistic,” Mack says. “We wanted to fight that.”

Does Mack ever tire of his association with Zero? The group, founded 60 years ago, largely disbanded ten years later, so Mack has spent most of his career outside its immediate orbit. “I cannot separate that part of my life out,” he says, noting that his ideals remain largely the same today. “I still believe in ideas. I believe only ideas can change the world—not arms, not political power.”

Such idealism is what he wants to imbue in his audience. “I would like it if people left the show [at Sperone Westwater] with a feeling of happiness and complete freedom,” he says. “It should be the feeling that life can be very rich in experience if the energy of colours meets you.” For Mack, this amounts to a defence of freedom. Picasso, he says, was always “fighting the problems of the world.” Matisse, on the other hand—who famously said his art should soothe the tired businessman—was not. “And in the end,” Mack says, “Matisse nevertheless gave a serious answer about how to be a human being in the world.” Mack hopes his work does the same.