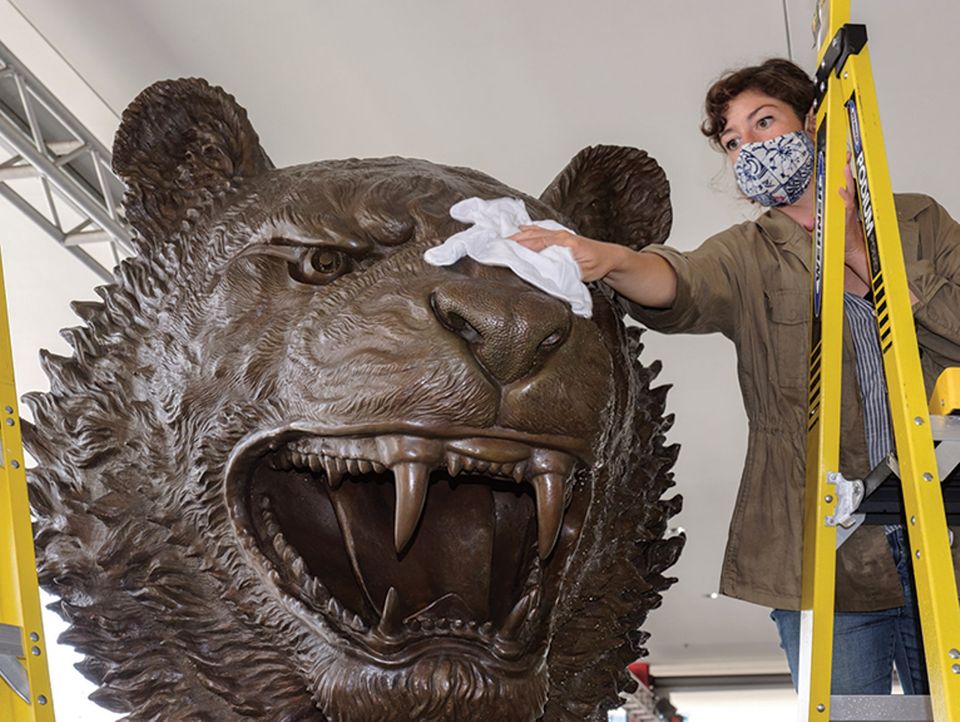 Recent visitors to an outdoor plaza at the Los Angeles County Museum of Art (Lacma) were treated to the jaw-dropping sight of conservators applying blowtorches to the bronze sculptures that make up Ai Weiwei’s installation Circle of Animals/Zodiac Heads, which goes on view inside the museum on 4 July in the exhibition Legacies of Exchange: Chinese Contemporary Art from the Yuz Foundation.

For the staff members working within a cordoned area on the partially covered plaza, however, it was merely standard procedure: the metal surfaces of the 12 animal heads had to be heated so the wax they were applying would melt properly. Too cool, and the wax, designed for polishing bowling lanes, would not melt into the crevices; too hot, and it would smoke. After the wax dried, the team buffed surfaces by hand with soft cloths including those normally used as nappies. “There are not that many tools specifically made for conservation because it’s such a small market,” notes Abigail Duckor, Lacma’s associate objects conservator.

Twelve hefty crates containing the 3m-high statues arrived last winter from China at an off-site warehouse. Each contained an animal head from the Chinese zodiac mounted on a column, a project that made its debut at the São Paolo Biennial in 2010. The artist was inspired by 18th-century sculptures that once spouted water at the clock fountain in the Old Summer Palace, or Yuanmingyuan, in Beijing.

The conservators found green corrosion in many places, especially around the mouths. In the first stage, indoors, they carefully picked away the corrosion using dental tools and bamboo skewers, a laborious process that took eight weeks.

Finishing the work outside on the plaza seemed ideal, says Lacma’s head of objects conservation, John Hirx. It was a good way to draw public attention after the long Covid-19 shutdown, and his team needed well-ventilated space—especially for wielding the blowtorches.