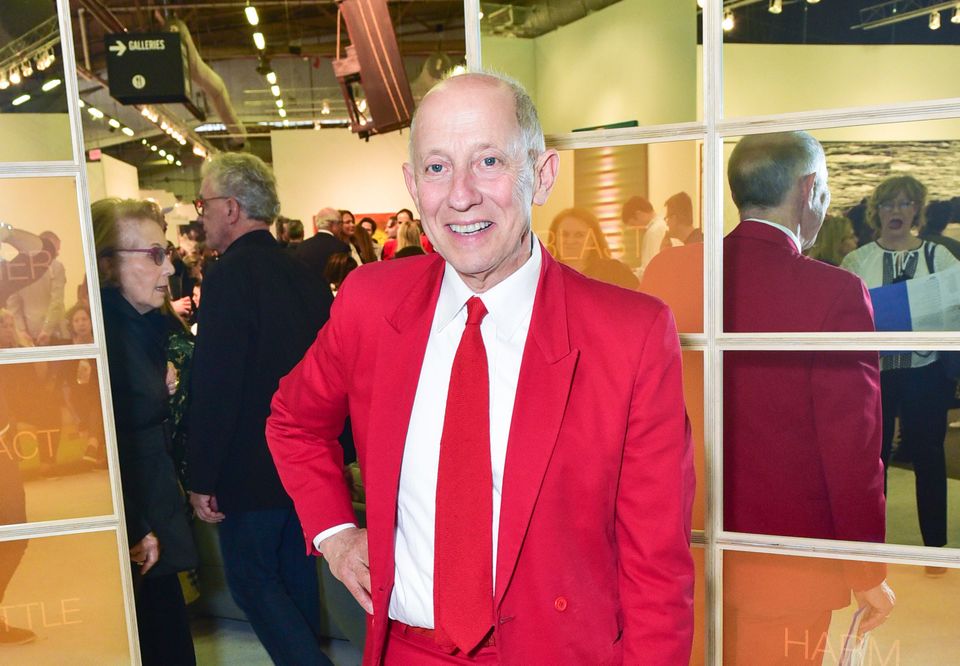 Artforum’s long-time publisher Knight Landesman resigned on Wednesday after a lawsuit was filed in New York Supreme Court accusing him of a pattern of sexual harassment. Amanda Schmitt, a curator and former Artforum employee who filed the complaint, says that Landesman harassed her “through unwelcome physical contact and repulsive written and oral demands for intimacy” while she worked at the magazine and for years after she left.

The lawsuit caps a week of allegations of Landesman’s sexual misconduct reported by Artnet news. Although Schmitt is the only named plaintiff, the legal complaint includes claims from nine other women who told Schmitt of similar experiences. “At his Artforum office and at art industry events, Landesman groped young women, made vulgar sexual remarks to them, and insisted that they accept his disgusting overtures if they wanted his assistance to thrive in the art world,” the lawsuit says.

Landesman, aged 67, has served at Artforum for 35 years and is a high-profile figure in the art world, known for his colourful suits and powerful connections. Before the lawsuit was filed and he offered his resignation, Landesman told Artnet in an email: “I fully recognize that I have tested certain boundaries, which I am working hard to correct. I have never willfully or intentionally harmed anyone. However, I am fully engaged in seeking help to insure that my behavior with both friends and colleagues is above reproach in the future.”

In her lawsuit, Schmitt has also accused the magazine of attempting to cover up Landesman’s behaviour and discouraging employees from reporting other harassment or speaking to the press. When Schmitt first reported Landesman’s actions to the magazine’s two other publishers, Charles Guarino and Danielle McConnell, in 2016, she says they admitted they “already knew about Landesman’s harassing behaviour and promised to remedy it”. But instead, she says, the magazine smeared her, including through a public statement describing her claims as “an attempt to exploit a relationship that she herself worked hard to create and maintain”. This lawsuit is a way for her to protect herself as well as “the countless young men and women starting out in the art world,” she told the New York Times.

Following Landesman’s resignation, Artforum’s remaining publishers issue a statement that staff had told them Landesman had “engaged in unacceptable behaviour and caused a hostile work environment”. The magazine added that it will be creating an all-female task force of women “to transform into a place of transparency, equity, and with zero tolerance for sexual harassment of any kind”.

Artforum’s editor Michelle Kuo also stepped down from her position, telling Artnews in a statement: “I felt that, in light of the troubling allegations surrounding one of our publishers, I could no longer serve as a public representative of Artforum. We need to make the art world a more equitable, just, and safe place for women at all levels. And that can only be achieved when organizations and communities are bound by shared trust, honesty, and accountability.” Her final day at the magazine was Thursday, 26 October, and Artforum.com editor David Velasco will succeed her.

Late Thursday night, Artforum and Bookforum's staff posted a statement on the magazine's website saying they condemned the way the publishers had handled the allegations against Landesman and "repudiate the statements that have been issued to represent us so far". The employees who signed the statement, including editors and contributors as well as members of the advertising, production and circulations teams, said they "gravely aware of the work that needs to be done at our own publication, and call on the publishers to work with us to create radical and lasting change".