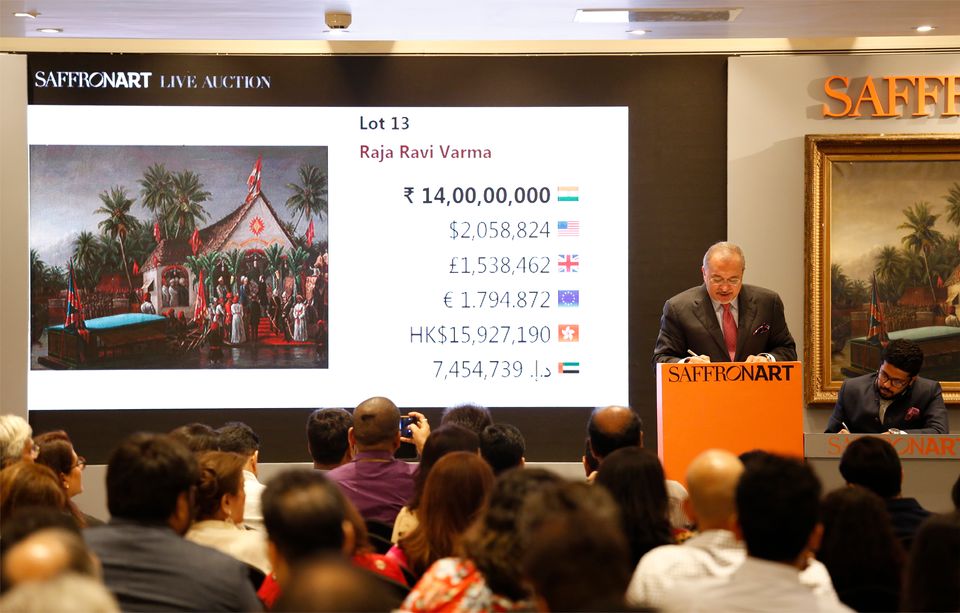 A sale by the Mumbai-based auction house Saffronart raised a total of INR 54.84 (around $8.07m) yesterday for the country's Income Tax Department, marking the first time that an Indian auction house has sold works of art on behalf of a government agency.

The Spring Live Auction's 68 lots came from the private collection of Nirav Modi, the billionaire diamond dealer who is currently imprisoned in the UK, where a hearing is set for 29 March. Modi was arrested and denied bail by London police on 19 March; he is currently facing extradition back to India where he can be prosecuted for crimes relating to a scam which saw Punjab National Bank (PNB), India's second-largest state-run bank, defrauded of $2bn. The amount raised in Saffronart's sale will go towards writing off his debt.

Overall, the auction realised an 81% sell-through rate, with 34% of the lots selling above their high estimate. Saffronart's chief executive and co-founder, Dinesh Varizani, says: "This appointment on behalf [...] of the government of India, as well as the outcome of the auction, reflect Saffronart's successes." He adds that the auction house is "committed to working with the government and its agencies in the future".

Leading the sale was an untitled 1973 work by the Indian Modernist VS Gaitonde, which sold for $3.7m, making the work the artist's fourth most expensive sold at auction. A work by Raja Ravi Varma also achieved the artist's second highest record at auction with the sale of an 1881 painting of the Maharaja of Travancore achieving $2.4m via a phone bid. Indeed, a report released earlier this year by ArtTactic says the 2018 South Asian market saw a 39.7% increase in sales of Indian Moderns (alongside a less significant increase in contemporary sales). 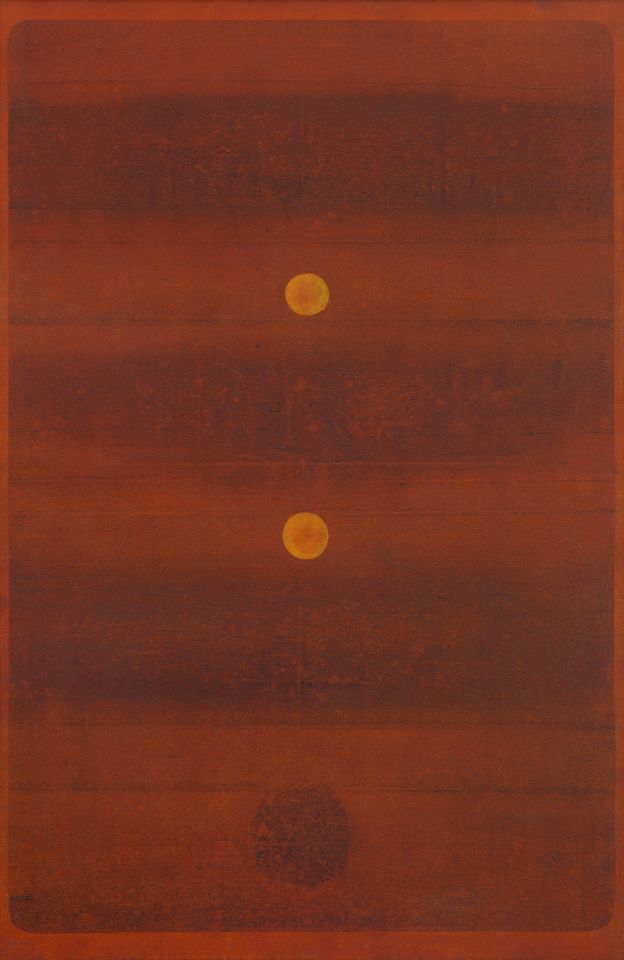 VS Gaitonde's Untitled (1973) Courtesy of Saffronart

Contemporary artists whose works were auctioned include Jitish Kallat, one of the artists representing India at the Venice Biennale this year. His Untitled (Eclipse) sold for $101,471. But it was not only works by Indian artists that sold well at last night's auction, with strong bidding for works by five contemporary Chinese artists, three of which surpassed their high estimate. In particular, Xu Lei's The End of the World (2009) sold at nearly five times its estimate for $109,926.

With a net worth of around $1.75bn, Modi is one of India's richest men. Tax authorities seized around 170 works of art from his estate in 2018. The court order which allowed the sale of the works from Modi's collection has been challenged by India Law Alliance, the law firm representing Modi's company, Camelot Enterprises. "The Saffronart online art catalogue lists 68 artwork due for auctions, overlooking the fact that only 19 of the artworks from the 68 belongs to the company," says a legal notice from India Law Alliance. The case is scheduled to be heard today by the Bombay High Court.

Though Saffronart declined to comment on the hearing and whether the rest of Modi's works will be going under the hammer, Abha Housego, Saffronart's international vice president, says that the auction house will be committed to doing so "if the opportunity arises".