The social media giant also deleted her comments and friends 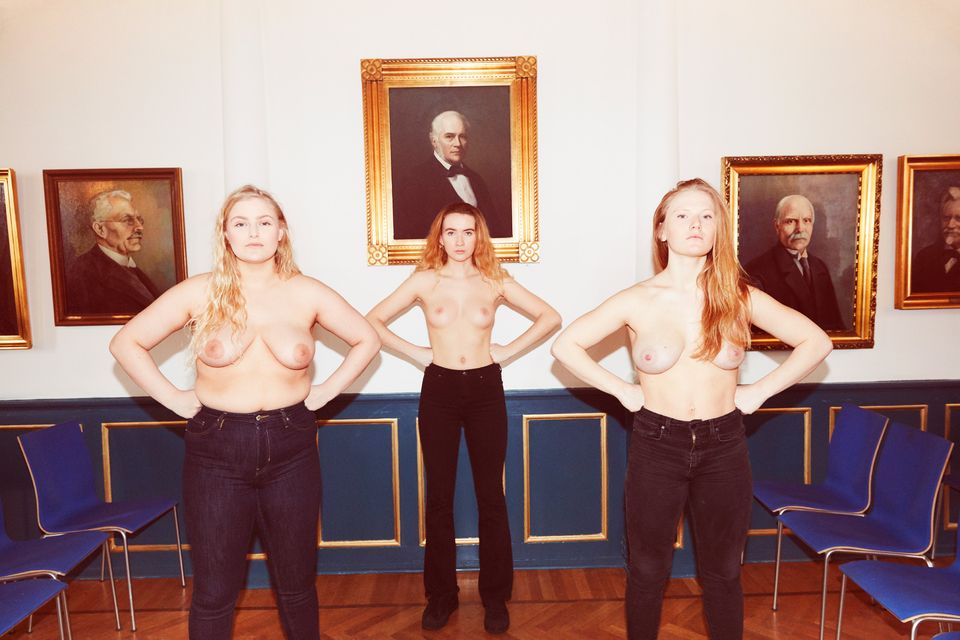 The Icelandic artist Borghildur Indridadóttir is blaming Facebook for having taken over her account after she had posted pictures featuring bare female breasts. "Facebook told me the pictures were against their community standards and did not only take those away from my timeline, but also deleted my friends and likes," she says.

The pictures were part of her work Demoncrazy, which deals with how older men continue to dominate certain public and social spaces in Iceland. As part of the Reykjavik arts festival in June, Indridadóttir showed photographs of topless young women standing in front of painted portraits of older men. The photographs were taken in locations such as the Icelandic parliament, a sports club and a school, where rooms are decorated with portraits of men that had been playing an important part in the history of those institutions. "It is incredible to see that even in a society like the Icelandic we are constantly confronted with such pictures where men dominate,“ she says.

On the day of the opening, Indridadóttir organised a walk through the Icelandic capital with half naked women. Pictures and a livestream from the performance as well as a video advertising her exhibition—all including nudity—were uploaded onto Facebook, but then deleted by the social media giant. The same happened to comments posted on Indridadóttir’s Facebook page, according to Indridadóttir. A couple of weeks ago she approached Facebook asking why it had deleted her friends and comments as well as the images, but has so far received no response.

In 2015, Facebook changed its policy on nudity and its standards page now says: “We also allow photographs of paintings, sculptures, and other art that depicts nude figures.”