Gli, the cat of the Hagia Sophia, has died, aged 16 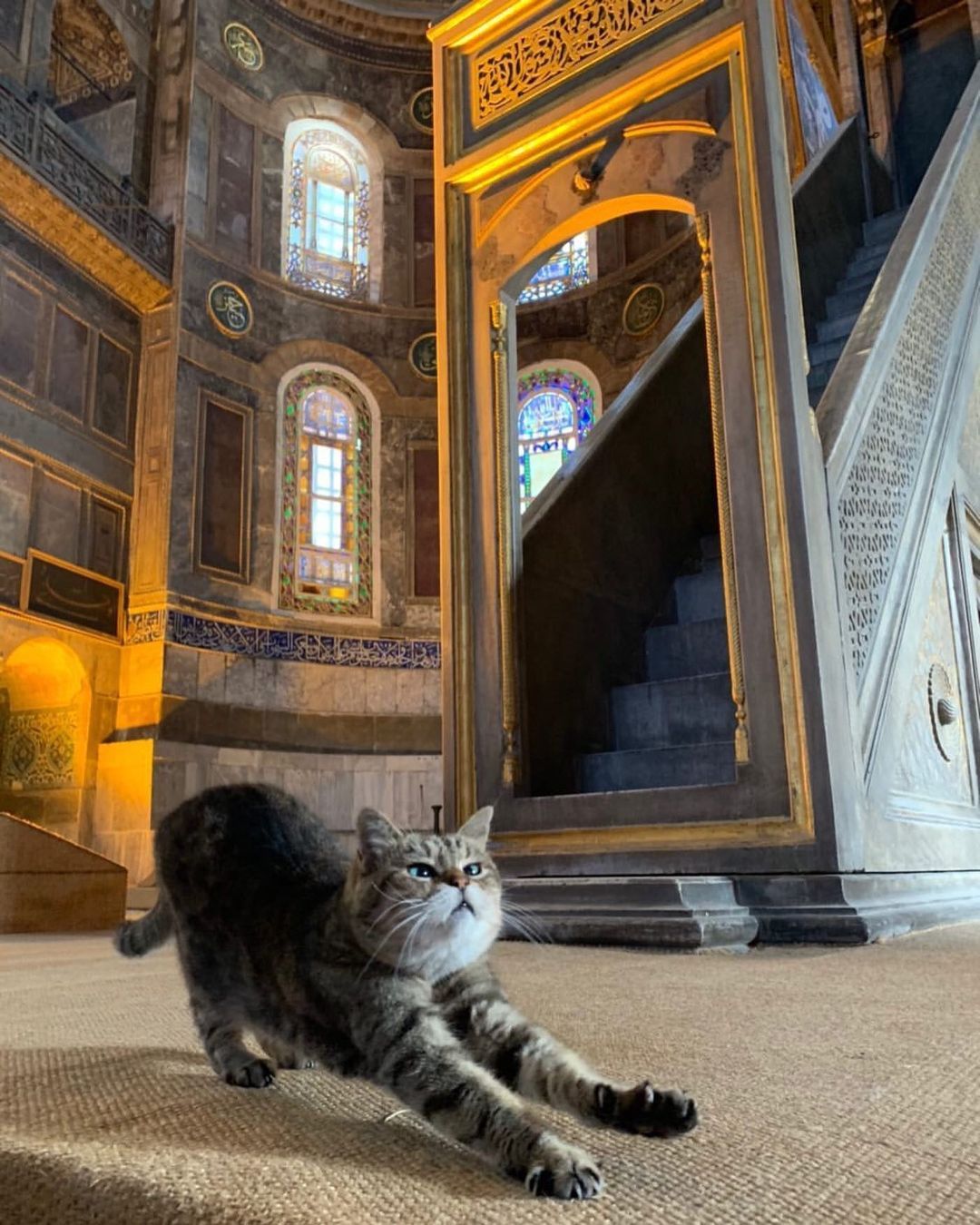 Gli, a beloved and world-famous Turkish shorthair cat who resided at the Hagia Sophia in Istanbul, died on 7 November, aged 16.

As the Unesco World Heritage Site controversially transitioned from a museum to a mosque earlier this year, the esteemed feline gained significant attention on social media and Turkish news channels, with many questioning whether she would have to move out of the site, where she was born, after the conversion.

The Hagia Sophia was built as a Christian church in the sixth century by the Byzantine emperor Justinian and served as a church for more than 900 years until the conquest of Istanbul by the Ottoman Empire in 1453. It served as a mosque until 1934, when the founder of the secular Turkish Republic, Mustafa Kemal Ataturk, pronounced it a museum; it became the most-visited museum in Turkey, attracting about 3.7 million visitors in 2019.

Turkey's nationalist president Tayyip Erdogan's reversal of Ataturk's secular legacy was popular among his political party and several religious groups but prompted swift backlash from progressive parties who saw the move as a problematic politicisation of a globally important site amid rising and increasingly violent nationalism. UNESCO issued a dissenting statement that said the organisation “deeply regrets” that the decision was made without any prior discussion and warned that alterations to physical structures or changes to accessibility of the site could violate the 1972 World Heritage Convention, to which Turkey was a signatory.

In July, the spokesman for Erdogan confirmed to Reuters that Gli and other cats around the site would be allowed to stay after concerns were raised about the felines' future.

Thousands of tributes to Gli poured in over the weekend. The Istanbul mayor Ali Yerlikaya said he was “deeply saddened” and that “we will never forget you, Gli”.

Other tributes were made by ancient art historians and other fans on Twitter, and also on Gli’s personal Instagram, which a tour guide for the Hagia Sophia launched around four years ago. At the time of Gli’s death, her Instagram account @hagiasophiacat had more than 120,000 followers.

Gli was born at the Hagia Sophia in 2004 and died after receiving weeks-long treatment at a private veterinary clinic in Istanbul. She will be buried on the premises of the site.