Henry Moore’s Draped Seated Woman sculpture (1957-58) has returned to London 20 years after it was removed from an East End council housing estate. The work, affectionately known as Old Flo, will be on public display in Cabot Square in Canary Wharf, east London, for a five-year period.

The sculpture was bought by London County Council for £6,000 in 1962, and installed at Stifford Estate in east London until 1997, when Yorkshire Sculpture Park borrowed the piece. Last month, the sculpture was airlifted off a plinth at the park and transported to a conservation studio.

The piece has been the subject of a lengthy legal battle that began after the former mayor of Tower Hamlets, Lutfur Rahman, consigned the work to auction in February 2013 (he was later found guilty of electoral fraud; Rahman denied any wrongdoing). John Biggs, who was elected mayor in 2015, campaigned to bring the statue back to east London. 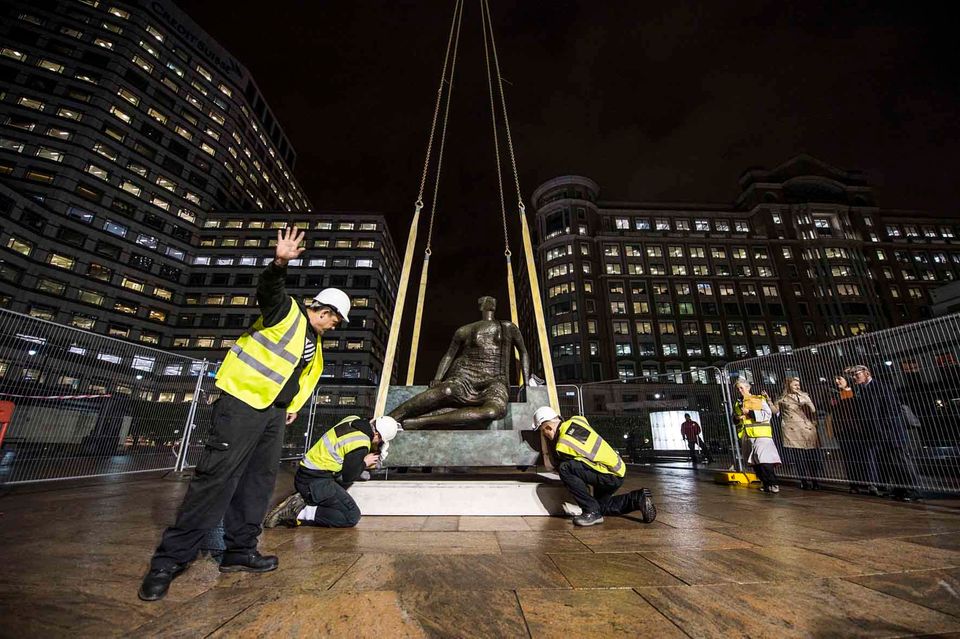 “With an estimated value of £18m, Old Flo required a safe and secure home for the next five years. She will be positioned amongst Canary Wharf’s public art collection that now comprises over 65 stand-alone sculptures,” says a press statement from the Canary Wharf business group. Draped Seated Woman is part of an edition of six plus an artist’s proof; the other casts in the edition are located in Germany, Israel, Australia, Belgium and the US.