Zaha Hadid’s (1950-2016) designs for a luxury leisure club perched high above Hong Kong helped to launch the late architect’s international career. The Baghdad-born, London-based architect designed the Peak club in the early 1980s, more than three decades before she got to complete a building in Hong Kong. Unusually for an architect, Hadid painted large-scale canvases and made equally ambitious drawings of the proposed building in a style that combined Russian Constructivism with traditional Chinese paintings when she entered, and won, the Peak competition.

Woody Yao, the director of Zaha Hadid Design and the co-curator of the exhibition of Hadid’s early paintings and drawings that is now on show at ArtisTree in Quarry Bay, says that paintings such as Confetti ‘The Peak’, Hong Kong, China (1982-83) were inspired by the traditional Chinese watercolour paintings that Hadid had seen when travelling across China in the early 1980s. Her winning design for the leisure club, which would have had a lap pool running the length of one of its daringly cantilevered floors, was never built. There would also have been saunas embedded in the hillside. Hadid’s drawings—and the ramp that would have linked the floors—show her debt to traditional Islamic calligraphy, and its legacy includes more than 60 works for this one project, estimates the exhibition’s co-curator, Amira Gad of London’s Serpentine Galleries.

The show, There Should Be No End to Experimentation (until 6 April), is an expanded version of the exhibition that opened at the Serpentine’s Sackler Gallery last December. The show at ArtisTree, which is presented in association with J.P. Morgan Private Bank, includes paintings of Hong Kong, London and Madrid, among other cities, as dynamic Hadid-esque compositions, plus a sculptural model of the Peak club and drawings of it that have been lent by the M+ museum. As in the London show, visitors can enter Hadid’s radical reimagining of cities including Hong Kong through a virtual-reality experience developed by the Serpentine, Zaha Hadid Architects and Google Arts & Culture. There is one painting of the Peak that is not included in the show, for a very good reason. Hadid’s perspective view of the leisure club and mountainside at night—The Peak, Hong Kong. Project (1991)—was among the works recently installed by New York’s Museum of Modern Art from its permanent collection in rapid response to President Donald Trump’s first attempted travel ban on visitors from seven mainly Muslim countries. 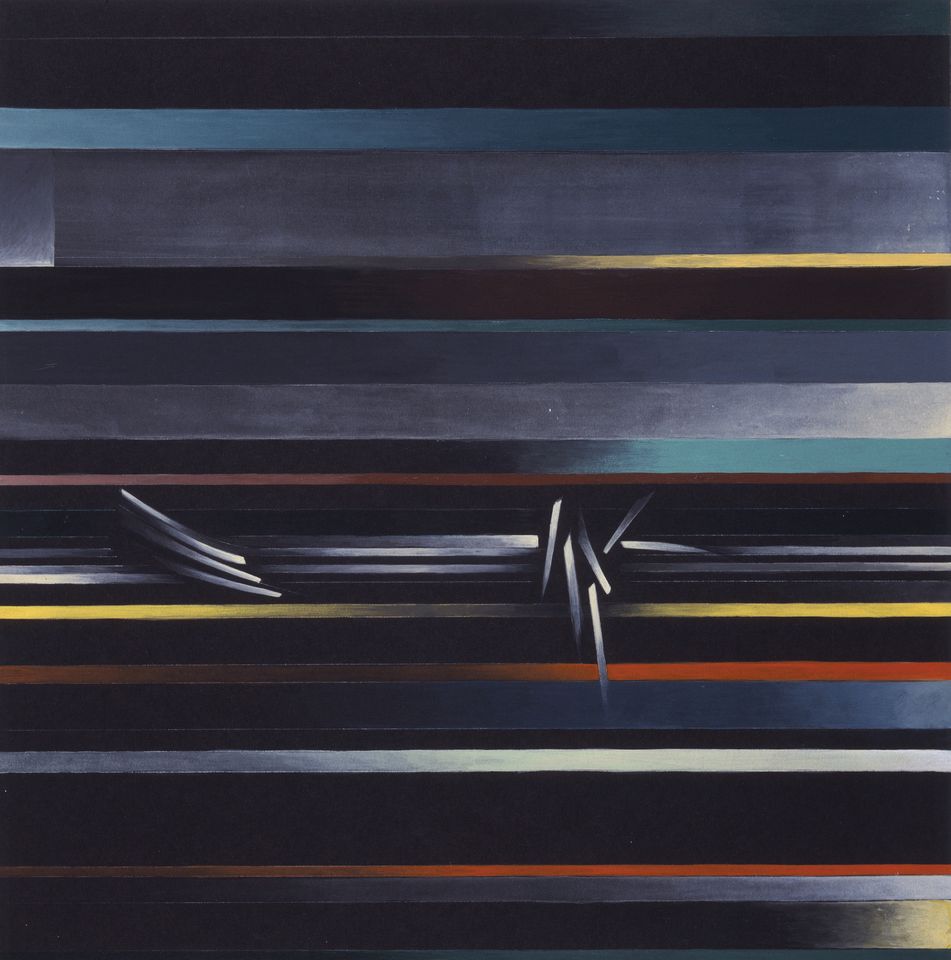 • Zaha Hadid: There Should Be No End to Experimentation