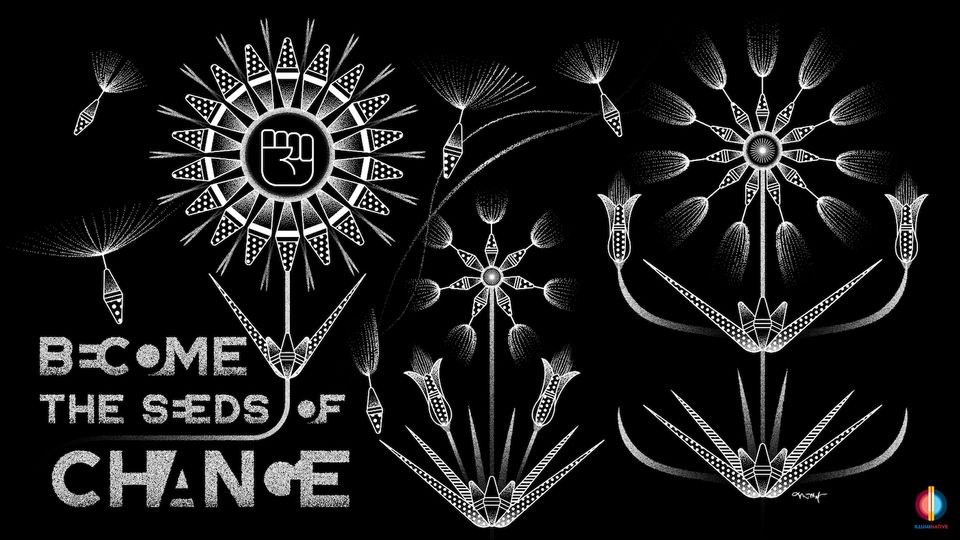 In the wake of the nationwide Black Lives Matter protests responding to the police murders of George Floyd, Breonna Taylor and other black people in the US, two Native American organisations are launching an initiative to support Indigenous artists to create works that explore the parallels of systemic racism against black, Indigenous and people of colour (BIPOC) communities. The Rapid Response Art Fund aims to express that Indigenous communities—who are three times more likely to be killed by the police than white Americans—stand in solidarity with the black community in the fight against injustice and police brutality.

The fund will be first distributed to five Indigenous artists in Minneapolis, where the murder of George Floyd at the hands of the white police officer Derek Chauvin sparked widespread and ongoing civil unrest. It is the result of a partnership between the Oklahoma-based non-profit organisation IllumiNatives, which works to increase the visibility of Indigenous communities in the US, and the Native American Community Development Institute in Minneapolis, which co-produces and sponsors various projects to benefit Indigenous communities.

“The time has come for a reckoning in this country that is built upon stolen lands of Native Americans and the stolen bodies and labour of African Americans,” the executive director of IllumiNatives, Crystal Echo Hawk, says. “We need to both reimagine and build a new way forward to end the systemic racism that has been a driving force in this country for hundreds of years [and] we believe that Native artists can play an important role in helping to advance that dialogue nationally and within their respective communities.”

The first award has been given to the artists Jonathan Thunder and Marlana Myles, who will create digital works responding to racial issues related to the black and Indigenous communities, and the artists Rory Erler Wakemp, Natchez Beaullieu and Courtney Cochran, who will create a public mural conveying Indigenous solidarity with the Black Lives Matter movement at the Minneapolis American Indian Center.

The organisations are collecting donations, which will support future awards facilitating the creation of works that “call out and shine a light on the injustices within our society”, Hawk says. “We are proud to support Native artists as they work to show our strength, solidarity, resilience and collective fight for justice.”