Magnum Photos: how it all began 70 years ago

Influential photography co-operative was not founded over a MoMA lunch, curator reveals ahead of series of exhibitions

Magnum Photos, the celebrated co-operative of leading photographers, is marking its 70th anniversary this year with exhibitions in New York, Paris and London and the publication of an illustrated history of the group. Entitled Magnum Manifesto, the book includes key documents from the organisation’s archive as well as images by different generations of its members. It is edited by Clément Chéroux, the senior curator of photography at the San Francisco Museum of Modern Art, who has co-organised an accompanying travelling exhibition, which is due to open at the International Center of Photography in New York (26 May-3 October), before travelling to Europe.

This week, a show organised by Magnum’s president, Martin Parr, of fellow Magnum photographer David Hurn’s collection, will form part of the fair Photo London at Somerset House (18-21 May).

A show in Shanghai will not now take place, however. No reason was given by the authorities for refusing approval, The Art Newspaper understands. However, a China-specific Magnum exhibition is being organised for 2018, which the agency hopes will travel to cities including Beijing and Shanghai. It will feature new works by Jim Goldberg, a member since 2002, as well as by founding member, Robert Capa (born Endre Friedmann in Budapest), who covered the Japanese invasion of China in 1938, having made his name as a photojournalist during the Spanish Civil War.

The agency was founded in 1947 in New York by Capa and four fellow photographers who agreed to join forces in part to wrestle the rights to their images from the magazines they supplied and also to choose their own subject matter. Chéroux pours cold water on the agency’s foundation myth, a champagne lunch said to have taken place in the restaurant of the Museum of Modern Art (MoMA) in New York, pointing out that only Capa and the US photographer Bill Vandivert were in the city when it was supposed to have taken place. “It’s still a lovely myth,” says Magnum’s London-based global cultural director, Sophie Wright. “We just could not find any sources.” She stresses that as well as the commitment of its famous photographer-members, who join by invitation, Magnum has survived because of some “incredibly tenacious bureau chiefs”, in Paris, New York, London and Tokyo. “They are the silent partners,” she says. 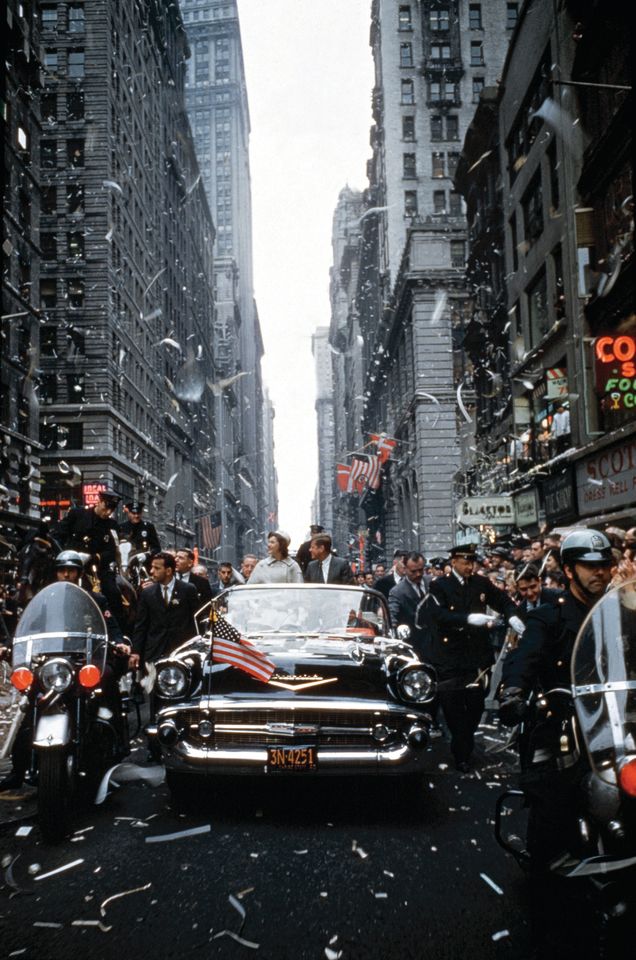 Chéroux has given Magnum Photo’s certificate of incorporation pride of place in the anniversary publication. The legal document goes far beyond the business of photojournalism. As well as creating and selling photographs, it lists selling and showing “paintings, drawings, etchings... statuary and other things of art” among the agency’s aims. Films, referred to as “coloured and plain motion pictures”, were also important. “You can see how ambitious they were in the early years,” Wright says, pointing out that Capa was involved in the film world and worked in Hollywood between covering wars. Meanwhile, Henri Cartier-Bresson, as Chéroux’s Centre Pompidou survey in 2014 showed, started as a Surrealist photographer and assisted the filmmaker Jean Renoir as a young man. Capa and Cartier-Bresson reflect the “dynamic and tension” within Magnum from the beginning, between gritty documentary photography on the one hand and the “incredibly specific approach to composition” of Cartier-Bresson, Wright says. In June, the agency’s spiritual—if not actual—birthplace, MoMA, is organising a season of films made by Magnum photographers, including Raymond Depardon, who has made 18 feature-length documentary films.

Meanwhile, in Paris, Le Bal is showing an exhibition of archival press prints from the 1940s to 70s entitled Magnum: Analog Recovery, which opened at the end of April (until 27 August). Other displays in the city include an installation of 174 images by 91 Magnum photographers on the theme of cities and travel now on show in 11 Metro stations (until 30 June), while a show of further images is planned for Paris Orly and Charles de Gaulle airports. The story of Magnum will be brought up to date in London in May when three member photographers will create new works during a three-week residency at the agency’s Clerkenwell office.