Edvard Munch’s Girls on the Bridge, which sold for $54.5m at Sotheby’s New York in November, will be one of the biggest attractions of a new private museum in Potsdam, Germany that is due to open to the public on 23 January.

The painting, which will form part of the inaugural exhibition Modern Art Classics: Liebermann, Munch, Nolde, Kandinsky (until 28 May), is thought to have been bought by Hasso Plattner, the software billionaire behind the new Museum Barberini, according to sources. The museum’s spokeswoman only says that the picture "originates from a private collection". The painting is one of Munch’s most famous works; it depicts three girls on a bridge by the Norwegian seaside and could suit his collecting tastes. He once said: "No one has ever painted water, or captured moisture in the air, or the smell of the sea and gleams of light like the Impressionists.”

The Museum Barberini has the "potential of having a massive impact on Germany’s museum landscape", according to Felix Krämer, the head of Modern art at Frankfurt’s Städel museum, which has lent Bank of the Seine in Autumn by Alfred Sisley to the new museum. He points to the ambitious exhibition programme with major works by artists such as Beckmann, Rothko and Munch. 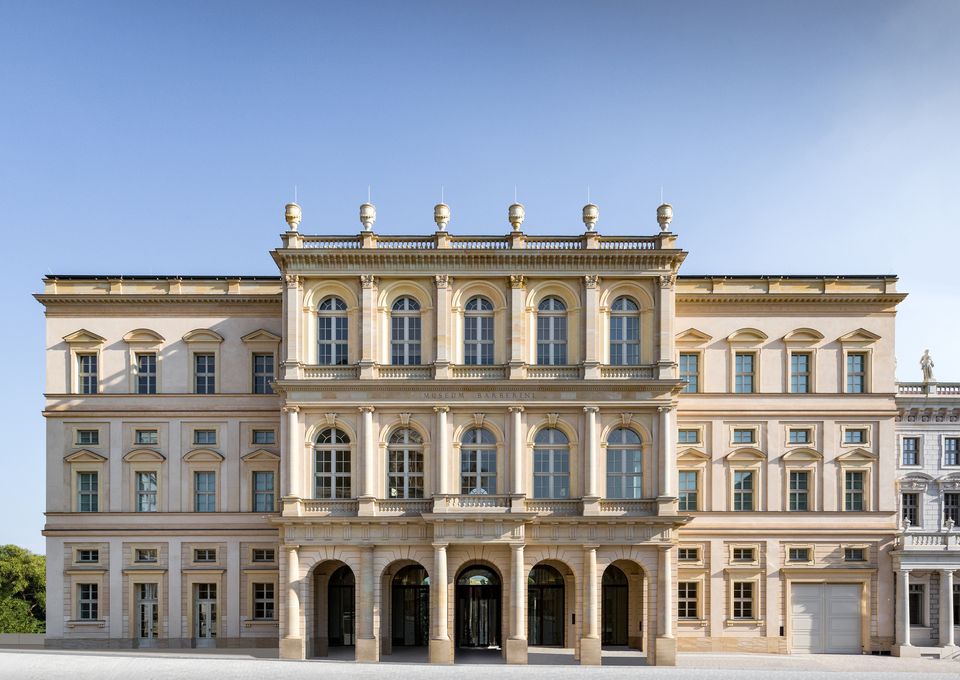 Based around Plattner’s collection and enriched by loans, the new museum will generally present three exhibitions per year. Impressionism as well as art from the German Democratic Republic and contemporary artists born there are Plattner’s main areas of interest. The patron, who will turn 73 on 21 January, the day after the opening reception, made his fortune as co-founder and manager of the software giant SAP. According to Forbes Plattner and his family are worth $11bn.

The museum is housed in a refurbished 18th-century palace originally designed using Rome’s Palazzo Barberini as a blueprint. The first shows, Modern Art Classics, Impressionism and Artists in the GDR will include works by Claude Monet, Max Liebermann, Edvard Munch, Martin Kippenberger and Gerhard Richter. The next will be called From Hopper to Rothko: America’s Road to Modern Art and is due to open in June.

Museum Barberini has 2200 square meters exhibition space and is headed by Ortrud Westheimer, who was the director of Hamburg’s Bucerius Kunstforum, another private museum, until the beginning of 2016. Potsdam is home to another well-known private museum, Villa Schöningen, which is owned by Mathias Döpfner, the chief executive officer of the media giant Axel Springer.

Plattner is involved in several charity projects. Last year he co-founded the Wildenstein Plattner Institute, which supports research in art history, with Guy Wildenstein, the art dealer who has just been cleared of tax fraud.