Object lessons: a Zulu lidded vessel, a bowl by Lucie Rie and a painting by Irma Stern 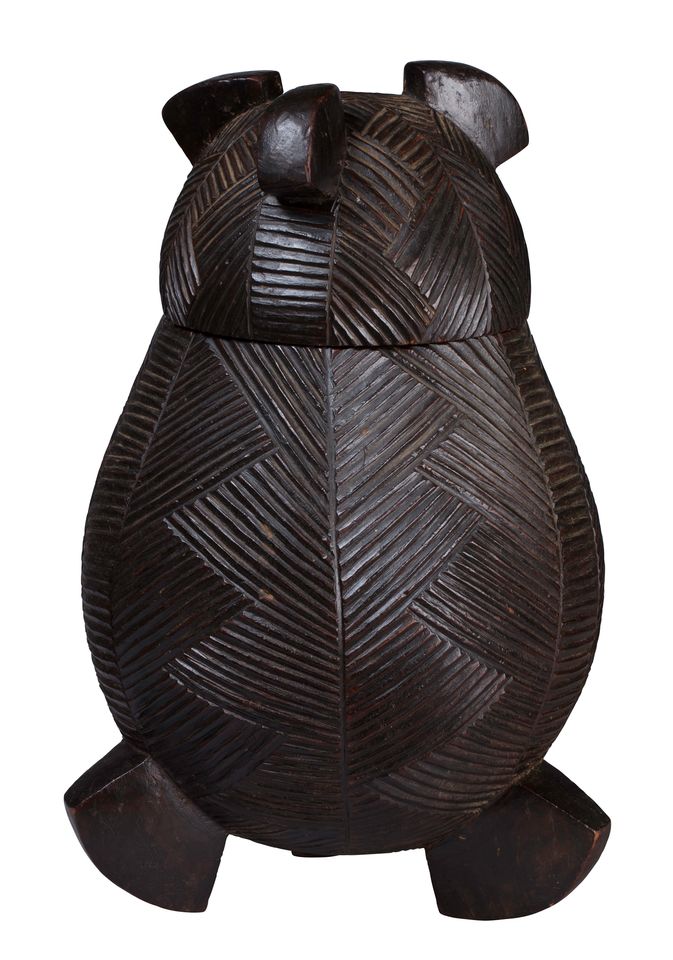 The tenth edition of London’s ethnographic art fair features this 19th-century vessel from the KwaZulu province of South Africa, offered by the Brussels-based dealer Marcuson & Hall. The wooden, lidded vessel stands around 35 cm tall and is carved with an abstract fluted interlace pattern, a signature trait of Zulu works of art. The vessel may have ended up in Europe when it was given by a chief or eminent person within the tribe to a visiting missionary; alternatively, it may have been produced specifically for the growing Western clientele for African works of art at the time. Although the exact function of the vessel is unknown, scholars note that similar lidded vessels were used to preserve and share tobacco, which was rarely consumed alone or outside of ceremonial gatherings. Comparable Zulu vessels “rarely appear on the market, and less and less so in recent years—very few have come up at auction in the last 20 years, but I do recall a similar but larger and more ornate piece fetching [around] €34,000 at Sotheby’s, Paris, in 2010”, the dealer Alan Marcuson told The Art Newspaper. 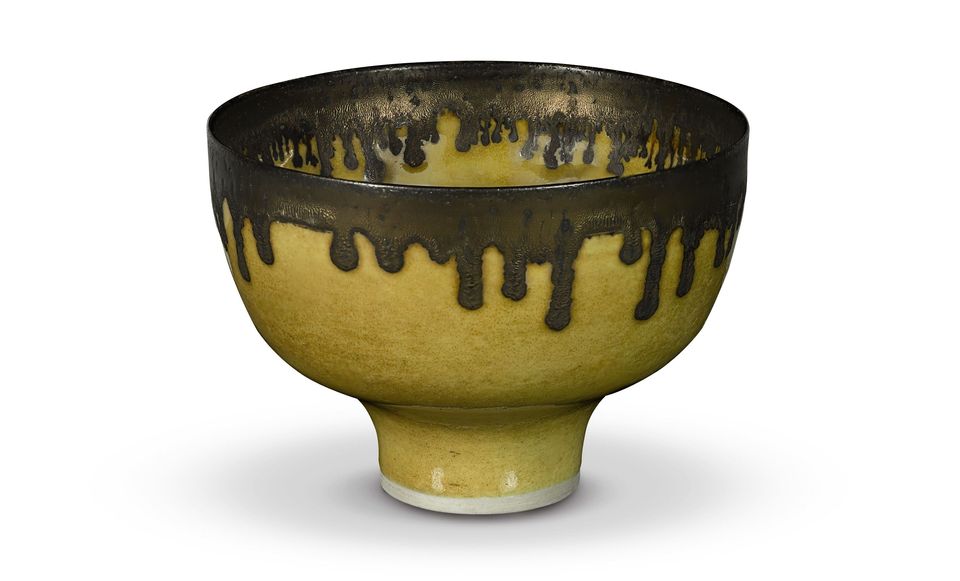 13 September: Made in Britain

The house’s sale of British works of art includes a glazed stoneware bowl with a bronzed rim by the Austrian-born ceramist Dame Lucie Rie. The artist, who fled Vienna during the Nazi regime and settled in London in 1938, was acclaimed for her Modernist approach to ceramics, often fusing colourful textured glazes with traditional designs. This piece was owned by Emmanuel Cooper, a founding editor of Ceramic Review magazine, who frequently visited Rie’s studio in Albion Mews, Paddington, to discuss glazes over tea and cake. Appreciation for studio ceramics and Rie’s in particular is steadily rising among collectors who are “drawn to her colourful gem-like bowls or her iconic knitted designs, which have the painterly handling of Abstract Expressionist works of art”, says Robin Cawdron-Stewart, a specialist of the house’s Modern and post-war British art department. He adds, “Rie used colour like no European potter before her—the deep mustard yellow, a colour so British in tone, and wrinkled bronze rim showcase the alchemistic mastery that set her apart from her contemporaries and challenged the traditional divides between art and craft.” 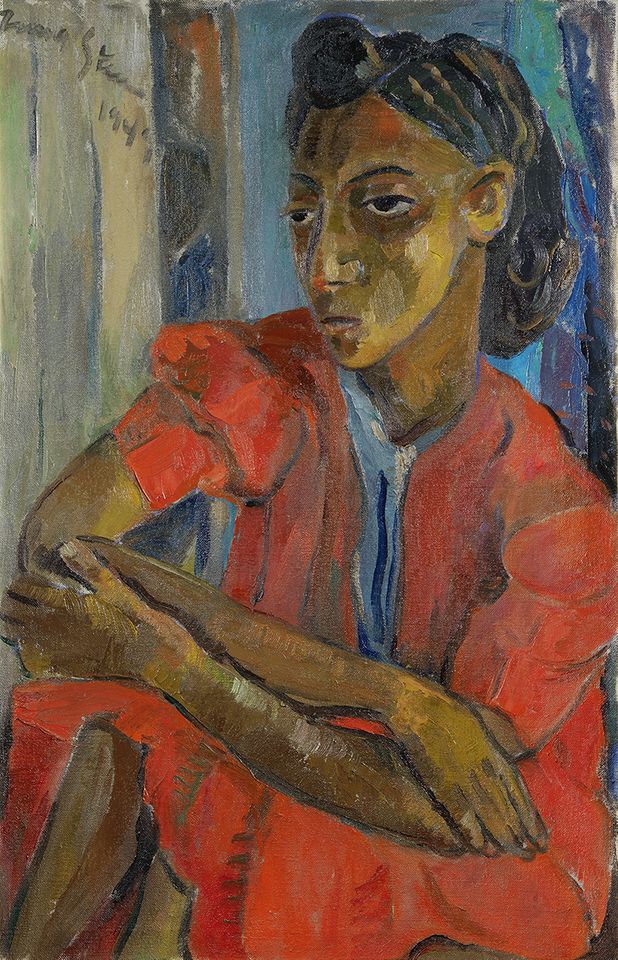 Stern, the leading light of South African Modernism, is again the star of the house’s sale devoted to the category with The Red Dress, a racially and politically charged portrait depicting a Malay woman. Stern, who was born in South Africa of German descent and lived and worked intermittently in Europe throughout her life, often chose subjects whom she felt projected the syncretic soul of Africa. During apartheid, the Malay woman depicted in this work, shown in an assertive pose and wearing a bold red dress, belonged to a marginalised subcategory of ‘coloureds’, who ethnically originate from enslaved Javanese brought to South Africa from the Dutch East Indies in the 1600s. According to Giles Peppiatt, head of Bonhams’ South African art department, the artist “felt unsettled by Capetonian high society—at a time when the sitter would have been viewed as a second-class citizen, [this work] demonstrates a mutual understanding between the white European artist and her subject”. Another work from the same period, when Stern was at the height of her powers, Arab Priest (1949), achieved around £3m with premium in a 2011 sale in London, setting a record for the artist at auction.