Thai artist discovered that his images were minimally altered 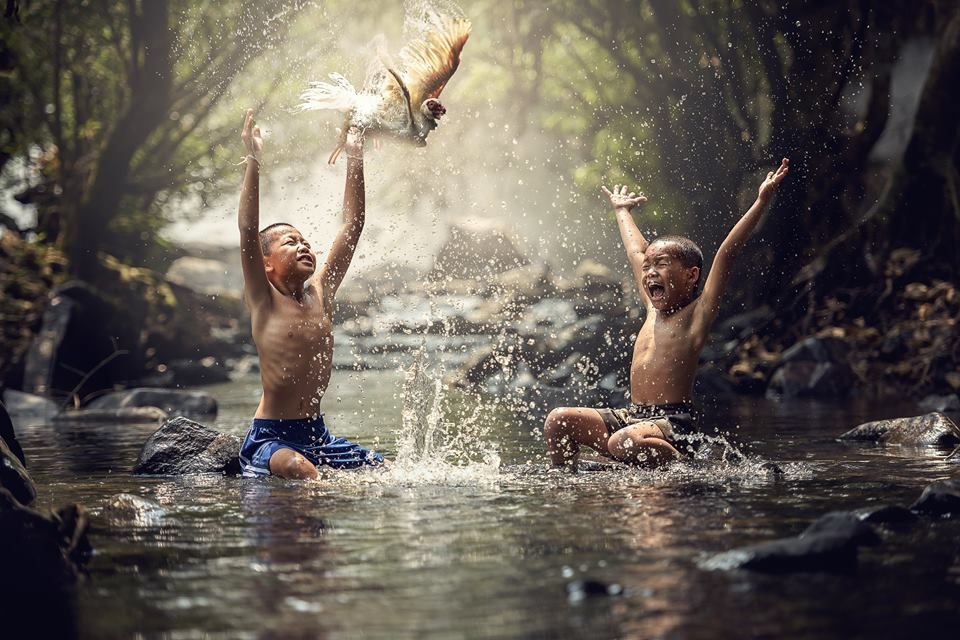 A Swiss photographer who won a gold medal at this year’s Moscow International Foto Awards (MIFA) has been disqualified after she was accused of ripping off someone else’s work. Madeleine Josephine Fierz submitted Sasin Tipchai’s photos as her own after downloading them from the Pixaby website, where the Thai photographer posted the images as public domain using the Creative Commons dedication.

The photos, which show a series of portraits of people in Thailand, were changed slightly by Fierze and entered into the competition under the title “I look at the world with the eyes of a child”. In July, she scooped the top award in the “Fine Art People Children” non-professional category, but her award was called into question when Tipchai noticed his photos had been copied at the end of August.

Fierze was not immediately available for comment but did reply to one Thai media outlet, Khaosod, via email: “I can only give you an answer if the addressee has sent me his solution-orientated opinion. As the solution looks now, this will surely last several days. As soon as I have the necessary information, you will hear from me again”.

The Swiss photographer also submitted the same set of images into the Fine Art Photo Awards earlier this year winning second place but the award has been revoked following her transgression.

Tipchai posted a statement on Facebook about what had happened and it quickly went viral, with over 10,000 users reacting to it.

“My pictures were used by a foreigner for a photo contest to win an award. [...] 99 percent of the portfolio belongs to me”, he wrote.

Tipchai says that he received messages from all over the world before MIFA contacted him explaining Fierz had been disqualified.

“Most of all, the true happiness that I gained from the experience is the fact that I have the support of my friends all over the world and my lovely family”, he says.

MIFA has deleted the photos from the competition website.

Hossein Farmani, a MIFA jury member, says that the competition receives complaints from “time to time” about images resembling other people’s work, but in most cases, he says, it is a misunderstanding.

“It’s a very difficult situation as there is no clear law about appropriation in the arts, at what point you can call someone else’s art your own”, he says. “Some believe if you change 20%, some say as long as the image is still recognisable you can’t call it your own. Ms. Fierz thought that by downloading free images and adding some butterflies she could call them her own”, Farmani says.

CORRECTION: This article was corrected to reflect that the second place for the Fine Arts Photo Award did not come with $3,000 prize money as previously reported