Shortly before opening, the €100m institution has become a battleground over Polish history

The Museum of the Second World War in Poland—set to become one of the world’s largest historical museums—faces an uncertain future after the Supreme Administrative Court in Warsaw gave the green light to a controversial merger with another museum. The ruling paves the way for the creation of a new government-sanctioned institution.

The €100m museum in Gdansk, which is scheduled to open to the public at the end of February, has become a political pawn in an ongoing battle over national memory, with the ruling Law and Justice party (PiS) keen to control how the years under Nazi German occupation are portrayed.

The museum has been subject to growing criticism from the nationalistic PiS party, which came to power in 2015. It has accused the director, Pawel Machcewicz, of failing to put enough emphasis on Polish wartime experience and of inflating the project’s original budget by PLN100m ($25m).

Many see the row as part of a wider battle about Poland’s past—and future. “What is at stake here is bigger than the content of the Second World War museum’s permanent exhibition,” Machcewicz says. “The question is whether the government can destroy the autonomy of history, the autonomy of museums.”

Initiated in 2008 by the previous prime minister, Donald Tusk, the 6,000 sq. m museum is arranged in three chronological blocks (Road to War, Horrors of War and War’s Long Shadow), setting the fate of Polish and Eastern European people in a global context. It houses 40,000 objects ranging from family heirlooms to military equipment.

The project hit a roadblock in autumn 2015 when the new PiS-appointed minister of culture, Piotr Glinski, ordered the creation of another war museum in Gdansk. This one was to focus on the battle of Westerplatte, which marked the beginning of the Second World War.

Months later, Glinski called for the two war museums to merge—a development that would grant the government the right to sack the director and alter the displays. “I am convinced that from the start [the Westerplatte museum] was a fake museum, created only to merge with ours,” Machcewicz says. At the time, the Westerplatte museum had no registered address or employees.

Machcewicz filed a complaint against the merger with the Regional Administrative Court in Warsaw in September. He argued that Poland’s Museums Council had not sanctioned the move and that it would harm the museum. The Polish Ombudsman’s office also filed a complaint. In November, the court suspended the merger for further deliberations. But the culture minister appealed to the Supreme Administrative Court, which overruled the suspension on 24 January. The merger is now likely to proceed, resulting in the formation of a new institution on 1 February.

The ministry of culture, meanwhile, has released statements denying that the merger is “synonymous” with the dissolution of the Second World War Museum or that it would “limit the scope of the permanent exhibition”. The ministry said that it moved the date of the merger from December to February “to allow the construction and installation to conclude”.

At the soft opening last month, the prominent historian Timothy Snyder, a member of the museum’s advisory board, called the institution—as envisioned by Machcewicz and his team—an “historic achievement”.

Unlocking stories of the Second World War: director’s pick of the museum’s collection Keys to Jewish homes in Jedwabne 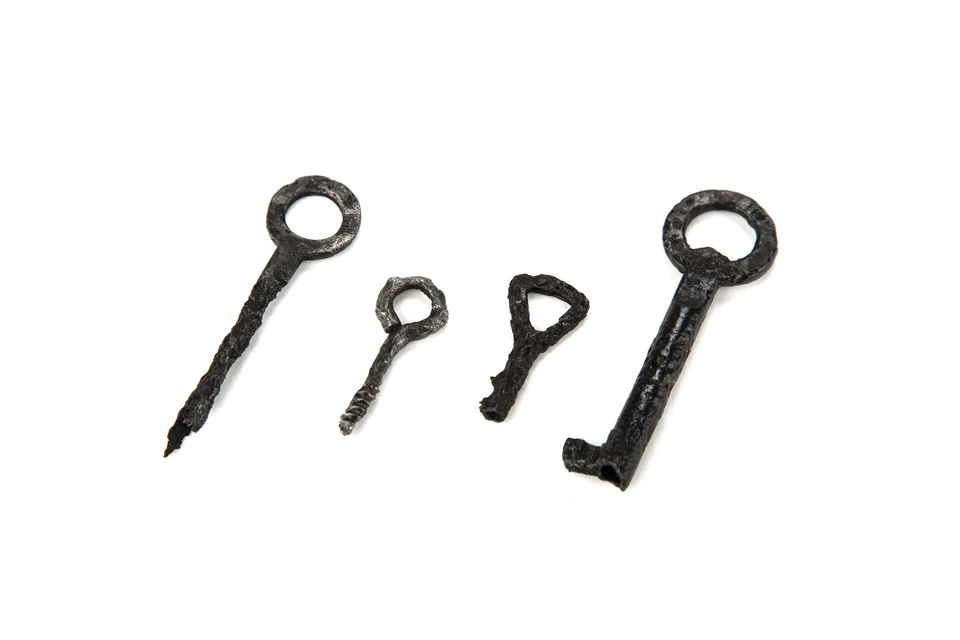 Keys to Jewish homes in Jedwabne (Image: © Museum of the Second World War in Gdansk)
“These are keys found on the skeletons of Jews murdered in the German-occupied, Polish town of Jedwabne,” says the museum’s director Pawel Machcewicz. Around 340 Polish Jews were killed in the town after being locked in a barn and set on fire in 1941. “The keys, discovered during exhumations in 2001, show that the victims didn’t realise they were going to their deaths but had locked their homes, planning to return.” 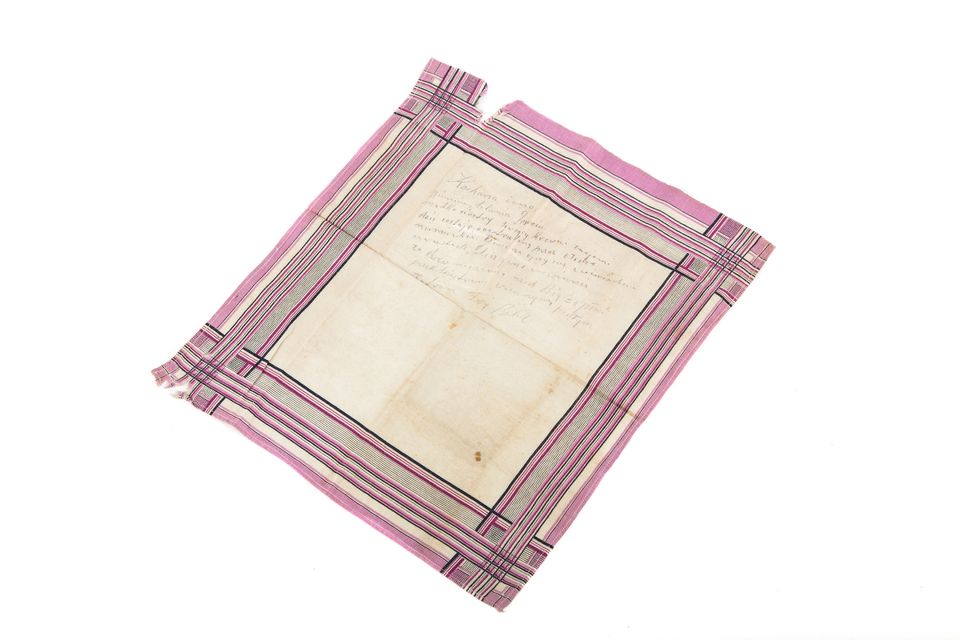 Boleslaw Wnuk’s handkerchief with his last good-bye (Image: © Museum of the Second World War in Gdansk)
“This handkerchief belonged to a Polish activist who was arrested by the Germans in 1940,” Machcewicz says. “He was warned by a Polish prison guard that he would be executed the next morning. He only had his handkerchief on him and wrote this farewell letter to his wife and family. What makes this story even more poignant is that his grandson is the head of our research department. He is one of the creators of our museum.” 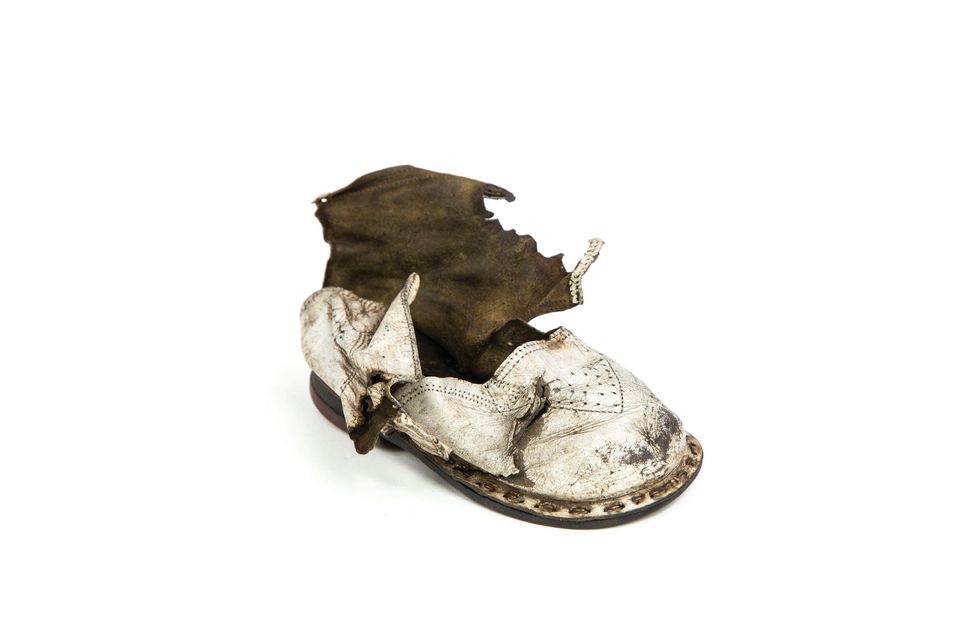 Child’s shoe found badly damaged in the rubble of Warsaw (Image: © Museum of the Second World War in Gdansk)
“This badly damaged child’s shoe was found in the rubble of Warsaw in 1944. The child most probably perished or was murdered during the uprising in the Old Town,” Machcewicz says. The Warsaw Uprising in 1944 was a 63-day struggle by the Polish underground army to liberate the capital from Nazi German occupation. It ended in a crushing defeat while the Red Army was stopped on the other side of the Vistula River. J.Mi.

Inside the Museum of the Second World War