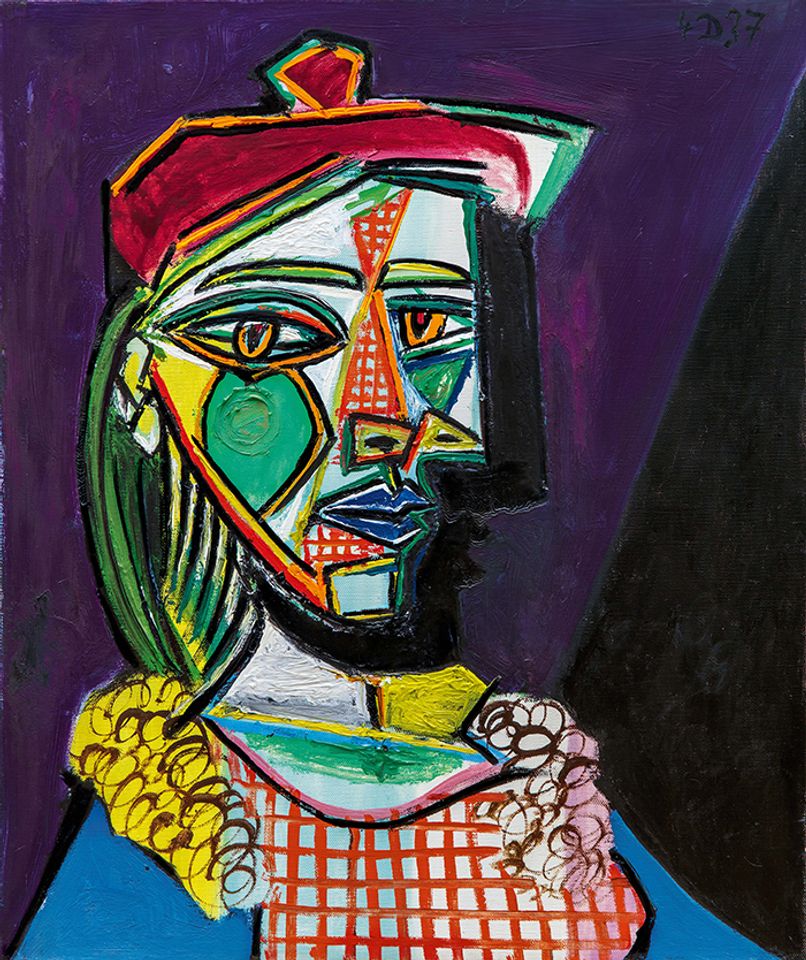 Showing the woman he called his “golden muse”, the painting also alludes to another pivotal moment in Picasso’s love life. The artist's next mistress, Dora Maar, whom he met in 1935, was very much on the scene. Thomas Bompard, head of Sotheby’s London Impressionist and Modern art evening sales, notes the blurring of two styles—Picasso’s softer, more celebratory feel of the Marie-Thérèse period giving way to the more anguished, cubist forms associated with the politically-attuned Dora Maar (she is the subject of his Weeping Woman at London’s Tate, also painted in 1937). “He had two inspirations to feed his direction,” Bompard says.

Outside events also had an impact on Picasso’s work at this time. His monumental, monochrome Guernica—a statement marking the catastrophic bombing of the Basque village during the Spanish Civil War—was completed just five months before the painting at Sotheby's. A Dora Maar portrait from the period, Buste de femme (Femme à la résille), painted a month later in January 1938, made $67.4m (with fees) at Christie's New York in May 2015.

Femme au béret et à la robe quadrillée has never been on the market. It passed from the artist’s estate after he died in 1973 into the private collection that is now selling the work under a guarantee.

Sotheby’s will show the work first in Hong Kong (30 January-2 February) then Taipei (6-7 February), a clear sign of the significance of Asia’s buyers for the Picasso market—and for Impressionist and Modern works in general. “Asian collectors are looking for masterpieces and the power of real art. This painting is all about that,” Bompard says.

Until last year, London’s Impressionist and Modern auctions were held at the end of January or in early February, but have been moved a month later, in part to avoid clashing with the Chinese New Year. Last year's equivalent sale made £195m, a record for any London auction, led by Gustav Klimt's Bauerngarten (1907), which sold for £42.5m (£48m with fees).