Who is the collector behind the Getty’s windfall master drawings acquisition?

Luca Padulli has been amassing the treasure trove of works at auction over the last 17 years, sources say

When the Getty secured its great Parmigianino painting Virgin and Child, St John the Baptist and Mary Magdalene—valued at £24.5m—from the UK’s Sudeley Castle last month, many in the field thought this would be the Los Angeles museum’s last major acquisition for some time. “I’m sure they are all tapped out for awhile”, a source told us. Not quite.

Last week, the Getty announced the acquisition of 16 major master drawings and one painting—Watteau’s exquisite, recently re-discovered La Surprise (around 1718). Among the drawings are Michelangelo’s pen Study of a Mourning Woman (around 1500-05); Andrea del Sarto’s brilliant red and black chalk study for the head of St Joseph (around 1526-27), a preparatory study for the Holy Family in Florence’s Palazzo Pitti; Aelbert Cuyp’s Panoramic View of Dordrecht and the River Maas (around 1645-52); and an exceptionally beguiling and rare chalk drawing by Lorenzo di Credi of The Head of a Young Boy Crowned with Laurel (around 1500-05) subsequently used by the artist for the head of a shepherd in his altarpiece of The Adoration of the Shepherds in the Uffizi. The drawings windfall is especially notable as the department's buying activity over the past decade has been piecemeal and quiet. The Getty is not releasing the price of the collection but experts estimate it to be around $100m.

According to sources in the field, the windfall comes from the collection of the 62-year-old collector Luca Padulli, the co-founder of the British investment management company Camomille Associates, who bought the works at auction over the last 17 years, through the British Old Master dealer, Jean-Luc Baroni. The Michelangelo drawing, a discovery from the library at Castle Howard in Yorkshire, sold at Sotheby’s London 2001 for $6m, the Sarto at Christie’s London in 2005 for £6.5m, and the Credi at Piasa in Paris in 2001 for €2.6m. 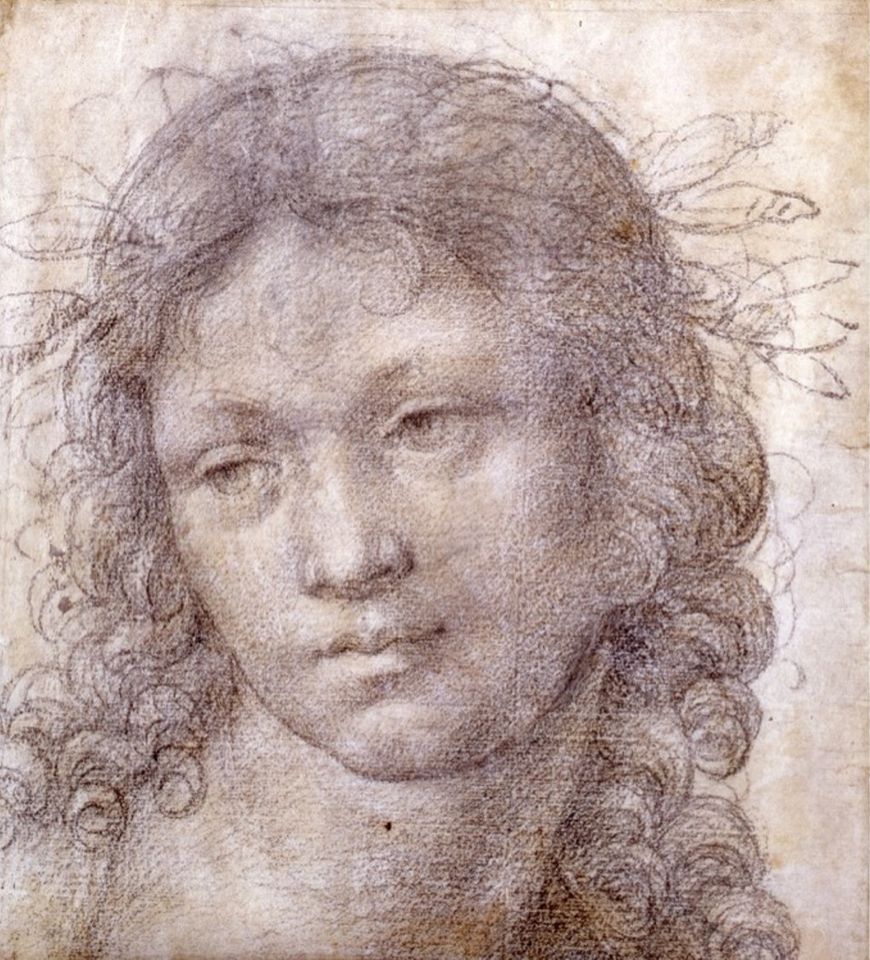 While Padulli owns a number of Old Master paintings of the highest quality, including Ludovico Carracci’s Salmacis and Hermaphroditus, which he bought at Christie’s London in July 2006 for £7.4m (outbidding the Metropolitan Museum of Art), he has recently winnowed down his collection at auction, selling Govaert Flinck’s An Old Man at a Casement at Christie’s New York this April for $10.3m and Giovanni Benedetto Castiglione’s Pagan Sacrifice in the Temple of Jerusalem at Sotheby's London earlier this month for $632,750. Many observers in the trade believed that the drawings from his collection would soon follow suit.

According to a press release, the drawings come from a British private collection but the Getty would not comment further on the owner. Most of the works are already at the museum, although some are awaiting export licences. And the museum says it is looking at possibly acquiring additional works from the same collection, with plans for a special exhibition in the near future.

The painting by Watteau is an especially satisfying acquisition for the Getty as the museum’s canvas of The Italian Comedians—bought as a work by Watteau in 2012 and still exhibited as such—has not been universally accepted as an original autograph painting by several major scholars. When sold in Paris in 2011, it was notably granted a swift export licence.

There are no such concerns regarding La Surprise, which was praised as one of Watteau’s most sublime paintings by his contemporaries and later 18th-century connoisseurs such as Jean-Pierre Mariette and its former owners Jean de Julienne and Ange-Laurent de La Live de Jully. Its appearance at Christie’s in 2008 from a private British collection caused a sensation, not least due to the picture’s excellent condition as paintings by the artist are especially prone to overcleaning, and it sold for £12.4m.