With ‘no reserves and no endowment’, Bloomsbury group’s country home needs £400,000 to survive

Charleston, a ramshackle farmhouse complete with painted interiors by Vanessa Bell and Duncan Grant, has launched an emergency crowdfunding appeal 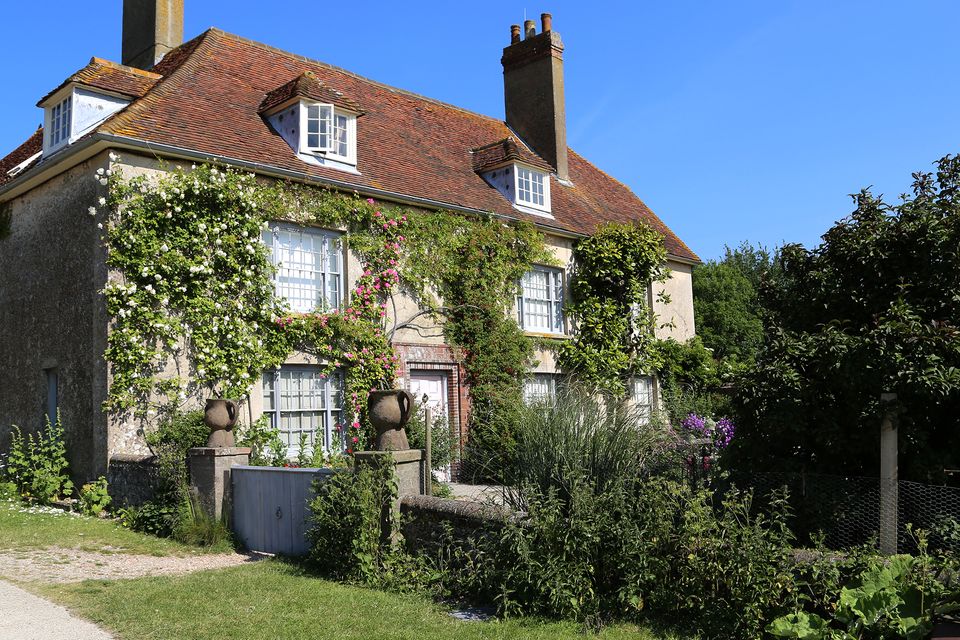 Charleston, the East Sussex country home of the Bloomsbury group, has launched an emergency crowdfunding appeal to offset the “financially devastating” impact of closing due to the coronavirus (Covid-19) pandemic.

Set in England’s South Downs, Charleston became the rural retreat of the Bloomsbury painters Vanessa Bell and Duncan Grant during the First World War, and played host over the decades to the likes of Virginia Woolf, Maynard Keynes and T.S. Eliot. In 1980, the Charleston Trust was formed and raised more than £1m to turn the ramshackle farmhouse—complete with Bell and Grant’s painted interiors and furniture—into a public museum.

As a UK charity that receives no public funding, the trust must now urgently raise £400,000 to secure its future beyond 2020, says Charleston’s director and chief executive, Nathaniel Hepburn. The house, garden and gallery closed to the public on 19 March until further notice in response to coronavirus, cutting off the vital income streams from ticket sales, the shop, café and events.

The May 2020 edition of the Charleston Festival, the house’s flagship event, has also been cancelled due to the pandemic, including talks by Ai Weiwei, Salman Rushdie and Gloria Steinem.

Charleston is currently operating on a skeleton staff, having furloughed almost all of its 100 employees for up to three months under the UK government’s job retention scheme. “The immediate risk of permanent closure has been mitigated” thanks to the support scheme, Hepburn says, but by autumn “we will have a £400,000 hole to fill because we haven’t been open during these busy months”. Even after reopening and cutting back on exhibitions and programmes, he anticipates a 60% to 70% loss of income for the year. Meanwhile, the costs of maintaining climate control, insurance and security for “a remote site with a world-class collection in a damp farmhouse in Sussex” are ongoing throughout the shutdown. And after an intense fundraising campaign for a £9.7m building expansion completed in autumn 2018, the trust has “no reserves and no endowment” to fall back on, Hepburn says.

He plans to apply for the emergency grants offered by public funders Arts Council England (up to £35,000) and the Heritage Lottery Fund (up to £50,000) as a stopgap solution, but accredited museums are only eligible to receive one grant overall. “We are reaching out to the public because we know we need a mixture of government support, Lottery support and philanthropy,” Hepburn says.

The crowdfunding appeal has attracted a “heartening” £70,000 in donations from the public so far, although Hepburn warns: “If we don’t close that gap, Charleston won’t survive the autumn and winter.”

The house museum had enjoyed a record year in 2019, as its new exhibition galleries helped to double visitor numbers to 54,000. “Charleston was at a hugely exciting point in its journey… and it had started attracting a much wider, more diverse audience base,” Hepburn says. “We need to make sure that our country has these places to come back to at the end of this crisis.”

• You can support Charleston by donating at www.charleston.org.uk/charleston-emergency-appeal