Fit for a king: book lays out the vast scale of the Orléans collection 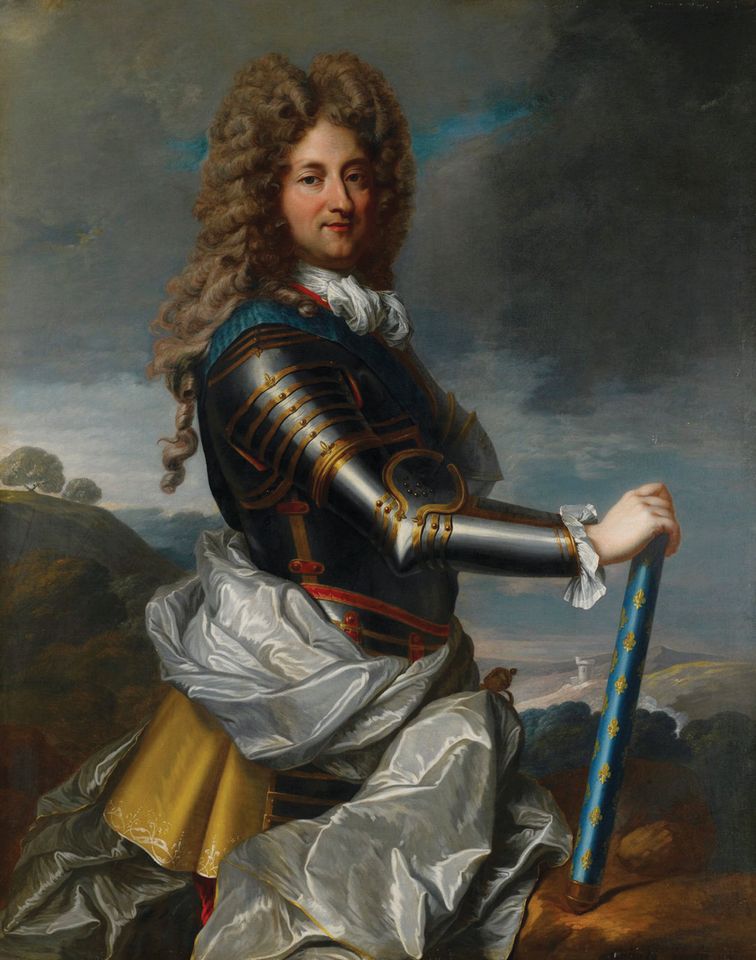 The fabled artistic collection assembled by Philippe, the second Duke of Orléans (1674-1723), exemplifies the distinction between celebrity and significance. Consisting of around 500 paintings by Italian masters and, to a lesser extent, Flemish and Dutch artists, it came to be renowned throughout 18th-century Europe as the largest and most impressive ever created by a family that was not a ruling monarchy. When a subsequent family head decided to sell it, to pay off pressing creditors and fund his political ambitions, the interest was huge. The great-grandson of the second duke, Louis-Philippe-Joseph d’Orléans (1747-93), provided a sharp contrast to his forebears. Better known to history as Philippe Égalité, he embraced the cause of the French Revolution and even opposed his cousin, Louis XVI (1774-93), although this did not prevent his own execution during the Reign of Terror.

By then, arrangements had been set in motion. The sale took place in London in two stages, the first in 1793 and the second five years later. The Orléans collection’s vast scale, together with the economic downturn that resulted from the beginning of war between Revolutionary France and the conservative powers in 1792-93, made conventional auction sales impossible. Instead, a new device, pioneered in London in 1786, was adopted: the private contract sale. On both occasions the Orléans paintings were displayed over an extended period, and stiff admission prices were charged for those wishing to view, creating additional income for the sellers. The attraction of this new system was that it gave potential purchasers more time, and it ensured that the collection was largely sold off.

The resulting dispersal of the paintings far and wide, and subsequent diaspora through resale, makes this volume particularly important. Intended to accompany a tercentenary exhibition last year at the Museum of Art in New Orleans—the city was named after the duke of Orléans who was regent when it was founded in 1718 in what was then French Louisiana—it provides a permanent guide to the collection and a general reference book.

Most essays adopt a conventional art-historical approach, highlighting the unusually high proportion (around a quarter) of 17th-century Italian paintings, the calculation that a fifth of the entire collection was Venetian, and the high number but relatively modest quality of works by Titian.

While this clarifies the celebrity rightly enjoyed by the Orléans collection, it does not fully reveal its importance or the significance of the context within which it was assembled. An extended and authoritative essay by Françoise Mardrus on the duke as collector rightly emphasises Orléans’s own artistic interests. An amateur painter, he befriended the well-known painter Antoine Coypel, from whom he subsequently sought advice. Along with other contributors, Mardrus is inclined to attribute the collection’s creation to these personal interests together with the cultural patronage expected of any elite family.

Occasionally, however, hints of deeper motives can be detected. Here, the issue of chronology—never fully confronted—is crucial. The second duke succeeded his father in 1701. Unlike many aristocratic families, the dynasty had no obvious shortage of money; on the contrary, the Orléans canal provided a secure and large-scale income. Yet the duke’s artistic and architectural activities seem to have remained relatively modest in scale until 1715, at least compared to what followed.

Had the ailing child-king Louis XV died, as was periodically anticipated during the Regency (1715-23), Orléans’s claim to the French throne would have been overwhelming

The key to this step-change was the duke’s aspirations to be not merely regent but king of France, a calculation insufficiently appreciated by contributors. He was, after all, closely related to royalty, a prince of the blood and so a member of the Bourbon royal family, the great-grandson of one king (Henry IV, reigned 1589-1610), grandson of a second (Louis XIII, 1610-43) and nephew of a third (Louis XIV, 1643-1715), to one of whose illegitimate daughters he was married—a mark of great honour at this time. Had the ailing child-king Louis XV died, as was periodically anticipated during the Regency (1715-23), Orléans’s claim to the French throne would have been overwhelming, particularly after a series of deaths and exclusions among potential heirs from 1711-15.

In this context the Orléans collection appears in a different perspective. It becomes a central element in preparations for potential kingship, which at this period assumed a ruler would exercise cultural patronage as well as possessing his own substantial art collection. Its creation was accompanied by extensive refurbishment—again launched after the duke moved closer to the throne—of the Palais-Royal in central Paris, the subject of an important essay by Jean-François Bédard. One charge against the Sun King, Louis XIV, was that he had abandoned Paris for the isolation of Versailles, basing his court there from 1682, and a new monarch might be expected to reverse this. The Palais-Royal was being prepared to act as the court’s focal point should Orléans become king.

The pace of artistic acquisitions also sharply accelerated at this time, with the key addition being that of large parts of the collection of Sweden’s Queen Christina. It was facilitated by the financier Pierre Crozat (1661-1740), himself a collector and one of the duke’s advisers. There may have been less discrimination in acquisitions, and more sheer urgency to build up a collection fit for a king, than some contributors appreciate. Above all, the young Louis XV’s fragile health, and the opportunity this offered Orléans, provide the essential context to the remarkable collection celebrated in this handsome book.

Hamish Scott is a Senior Research Fellow of Jesus College, Oxford, and is currently completing a study of the European aristocracy 1300-1750