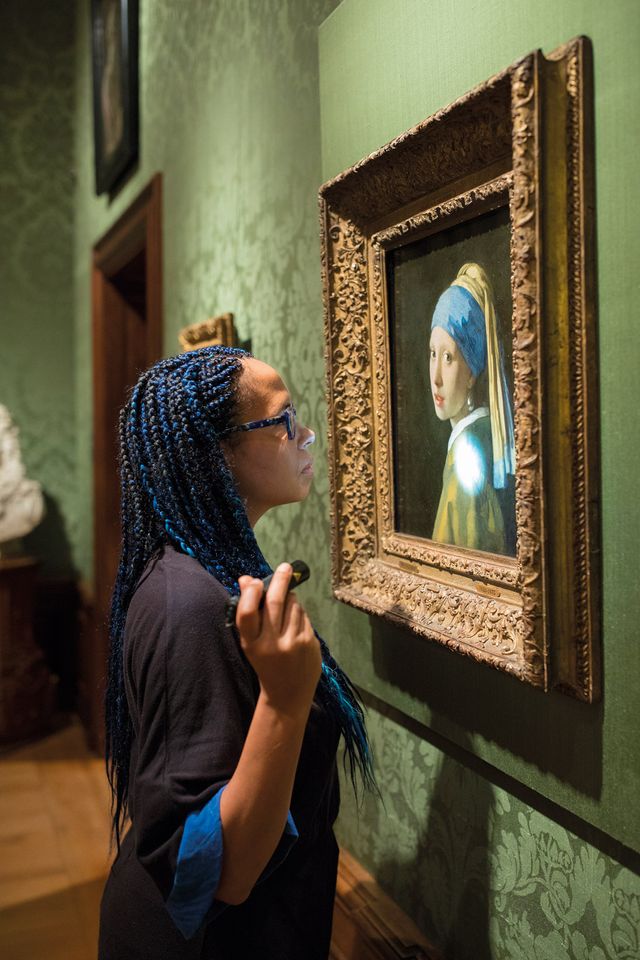 Vermeer’s Girl with a Pearl Earring underwent a very public analysis © Ivo Hoekstra; courtesy of the Mauritshuis, The Hague

Conservation has perhaps never been more scrutinised than it is today. The fallout from the Leonardo Salvator Mundi sale has continued to focus on its condition during restoration, when, as The Art Newspaper reported last year, substantial losses were visible to extensive parts of the painting. Museums have embraced clear public interest in the conservation of masterpieces: most strikingly, in the Rijksmuseum’s decision to have Rembrandt’s The Night Watch (1642) restored in a 7m-square glass box at the heart of the museum. This follows the Mauritshuis in the Hague’s two-week analysis of Vermeer’s Girl with a Pearl Earring (around 1665) in the full glare of the public.

Perhaps the most interesting moment will be when the discoloured retouching from the 1970s and the “whiteish haze” over The Night Watch, as described by Taco Dibbits, the museum’s director, is removed and the painting is in its stripped state, with observable losses. Will it, as our columnist Bendor Grosvenor observed, appear more Fright Watch than Night Watch at that moment? And is the public ready for it?

A spate of more careless restorations in Spain have gained headlines this year, when it became clear that the botched treatment of an Ecce Homo fresco in the Santuario de la Misericordia in Borja in 2012 by a well-intentioned but untrained parishioner—which became known as the “Monkey Christ”—was not a unique occurrence. Renaissance period polychrome wood sculptures in Estella and Rañadorio in northern Spain fell foul of similarly well-meant but disastrous amateur efforts. A happier Spanish conservation story is the acclaimed restoration of the Portico of Glory, the magnificent Romanesque main entrance to the cathedral at Santiago de Compostela, which itself contains polychrome restorations, but rather more sensitive ones, done in the 15th, 16th and 17th centuries.

The fate of heritage in the Middle East has dominated our pages in recent years, and museums across the world have been intent on recognising its importance and fragility this year. L’Institut du Monde Arabe focused on Mosul in Iraq, Aleppo and Palmyra in Syria, and Leptis Magna in Libya in the exhibition Age Old Cities, which featured giant-screen projections and virtual reality experiences, as well as stories told by local populations. Syria Matters at the Museum of Islamic Art in Qatar is a reflection of Syrian cultural heritage and a plea to preserve it, while a show dedicated to King Ashurbanipal of Nineveh, which opened at the British Museum in November, ends with a section on the challenges of protecting these ancient sites.

Yet the Aga Khan Trust for Culture said that there was still inconsistency in the international community’s response to Syrian heritage reconstruction—official expressions of solidarity with the population and condemnations of the destruction are not being followed up with participation on the ground.

Meanwhile, Syria’s National Museum in Damascus reopened in October, after six years of closure forced by the civil war, and the Syrian government made a big show of its aims to restore Palmyra, in an act of what we might call heritage-washing to ensure that Bashir Al-Assad’s government was heralded as saviour, not villain.

In the war in Yemen, heritage is also being destroyed. In October Unesco condemned the destruction of the Ahmed Al-Faz Mosque and Mausoleum in Hodeida and called for all sides in the conflict to “protect civilians, communities and their heritage from destruction”.

The role of Saudi Arabia in that conflict has come under greater scrutiny but it was the Saudis’ murder of the journalist Jamal Khashoggi at their consulate in Istanbul in October that drew an instant response from cultural organisations in the West. Both the Brooklyn Museum and Metropolitan Museum of Art in New York rejected funding for exhibitions and events from the Saudi Crown Prince’s Misk Art Institute. French museums have notably not severed their Saudi ties, however, as President Macron’s multi-billion-euro cultural collaboration with the Kingdom, agreed in April, looks set to remain on course.

49m2: The area of the glass box in which Rembrandt’s The Night Watch and its conservators will spend the next few years. 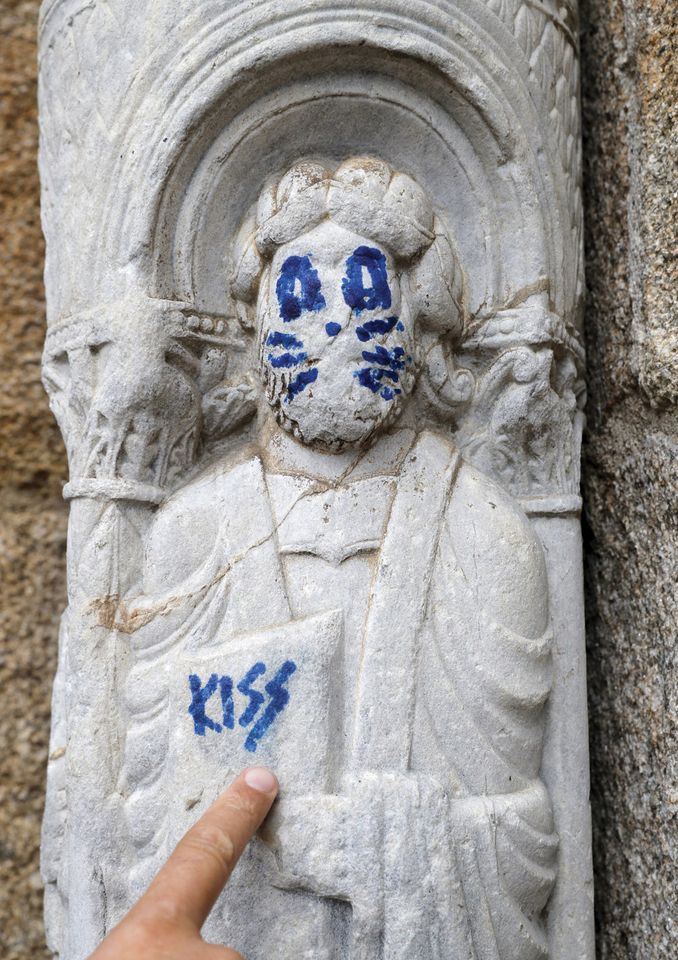 The kiss of death

The graffiti daubed on a 12th-century figure on the façade of the cathedral of Santiago de Compostela trumped even botched amateur restorations as the nadir for heritage in Spain in 2018.

Quote of the Year

"I think we all agree that the international obligation is to protect World Heritage sites, wherever they are."

-Francesco Bandarin, the former Unesco assistant director-general and a member of the Aga Khan Trust for Culture’s steering committee, amid international reticence to help rebuild Syria.