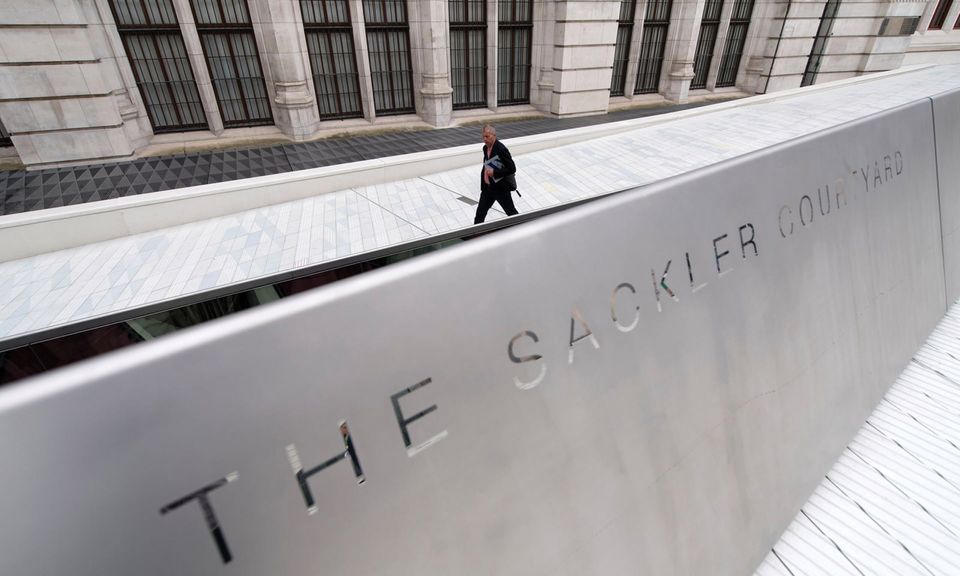 The V&A pledged to return artefacts seized by the British on long-term loan to Ethiopia. It has also been drawn into the controversy surrounding donations from the Sacklers AFP Contributor/AFP/Getty Images

Museums have been reckoning with the momentum of the #MeToo movement in 2018, as accusations of sexual harassment and misconduct have been brought against artists, directors, curators and patrons in the US and beyond. The year has seen high-profile resignations and suspensions, exhibitions cancelled or modified in light of unfolding claims, and considerable debate over how now to interpret the work of problematic male artists of the past, from Pablo Picasso to Egon Schiele. Ever alert to art-world misogyny and abuses of power, the activist collective Guerrilla Girls even produced a tongue-in-cheek guide to rewriting the humble museum label in the age of #MeToo. The crux of the problem, they say, is the persistent belief that “art is above it all”.

There has also been greater scrutiny of the ethics of museum sponsors. The photographer Nan Goldin launched the anti-opioid activist group Prescription Addiction Intervention Now (PAIN), calling on museums to boycott donations from some members of the Sackler family, whose firm Purdue Pharma manufactures the highly addictive drug Oxycontin. The group also demands that the prominent cultural patrons channel their wealth into the treatment and prevention of opioid addiction in the US.

Citing “the crimes of European colonialism”, President Macron’s landmark pledge in November 2017 to ensure “the temporary or permanent restitution of African heritage to Africa” within the next five years sent ripples through European museums with colonial-era collections. (The report Macron commissioned on the topic was published as we went to press). Tristram Hunt, the director of London’s Victoria and Albert Museum, offered to return objects seized by British troops at the battle of Maqdala to Ethiopia on long-term loan. And the Benin Dialogue Group of museums, comprising officials from Austria, Germany, the Netherlands, Sweden and the UK, as well as Nigeria, agreed to lend plundered artefacts to a permanent display at the planned royal museum in Benin City. Repatriation is not part of the deal, the group stressed. In Germany, the national museums association and the culture minister Monika Grütters presented a code of conduct for museums to address the historic “blind spot” of colonial heritage. The German chancellor Angela Merkel called it “one of the most complicated issues”.

The tragedy of the year was without question the fire that engulfed Brazil’s 200-year-old Museu Nacional in Rio de Janeiro, the repository of more than 20 million objects spanning 11,000 years of history. Attributed to government negligence amid austerity and corruption, the disaster was the latest in a disturbing series of fires at Brazilian cultural institutions over the past decade. The largest national history museum in Latin America had been home to indigenous works of art and language recordings, Egyptian mummies and a dinosaur skeleton; early estimates put the losses at 90%.

As staff continue the reconstruction, with support from Unesco and institutions worldwide, the election of Brazil’s far-right new president raises questions over future public funding for their efforts—Jair Bolsonaro has previously expressed support for dissolving or merging the ministry of culture.

The number of the year: 20 million plus

The number of objects held by the National Museum of Brazil in Rio de Janeiro, spanning 11,000 years of history, before it was ravaged by fire in September.

After 13 months without a director, New York’s Metropolitan Museum of Art welcomed a seasoned museum manager, Austrian-born Max Hollein, as its tenth leader. With a knack for fundraising and a contemporary art background, he will steer revised plans for David Chipperfield’s new $600m Modern and contemporary wing, which stalled last year amid a budget deficit. The Met is back on track.

Quote of the year

"The worst thing a museum can do is plug its ears and hope it’ll go away."

After publication, we received a statement from a representative of Jillian Sackler noting: "Arthur M. Sackler is not implicated in the opioids controversy or lawsuits; nor are his heirs.”