Lauded, but not loaded: being shortlisted for a major prize does not solve a museum's money worries

Being part of the Museum of the Year brings kudos and a big PR boost, but some finalists have still found the financial going tough 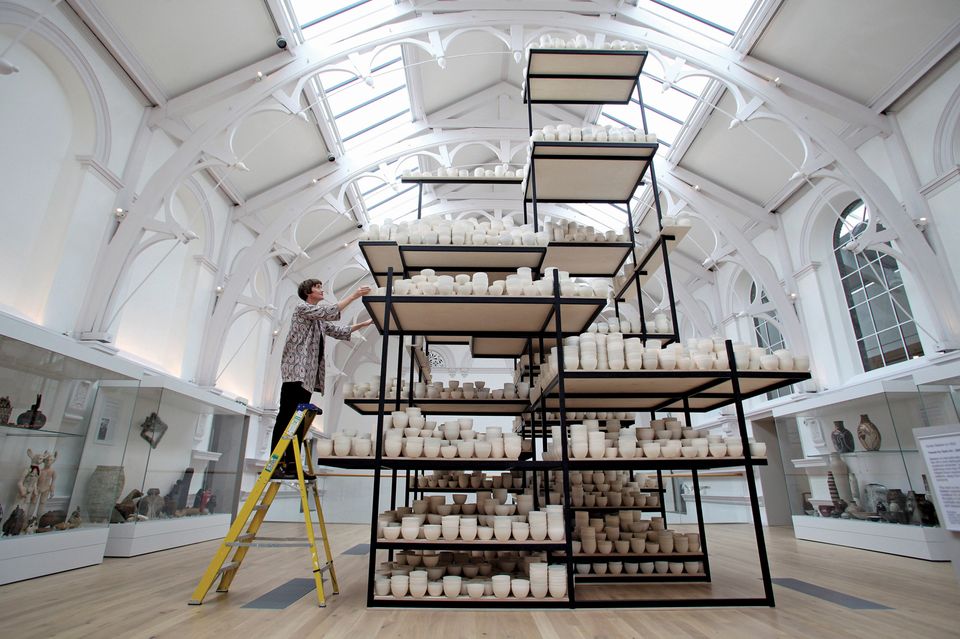 Clare Twomey’s 10,000 Hours (2015) was among the works shown at York Art Gallery after its “dramatic renovation”, which saw it shortlisted for Museum of the Year in 2016 Kippa Matthews

Previous winners of Art Fund’s Museum of the Year award all bask in well-earned glory, but what about the runners-up? Although all finalists receive welcome publicity in the lead-up to the award ceremony, they still face the challenges of surviving and thriving amid a hostile environment of widespread funding cuts. The Art Newspaper set out to examine the fortunes of five finalists that have faced particularly difficult situations—and how they have coped.

York Art Gallery was on the 2016 shortlist after its reopening, which followed an £8m “dramatic renovation”. By this time, though, the city council had reduced its annual grant, as part of widespread cuts, and the art gallery felt that it had no alternative but to introduce charges (£7.50 for a standard ticket with a Gift Aid donation). Visitor numbers have inevitably fallen, down from a recent average of 160,000 a year to 85,000 since the reopening. Reyahn King, chief executive of York Museums Trust, still believes that charging was the right decision: “This enables us to invest in quality and show great art.” Ticket income now brings in about £500,000, which is roughly equivalent to the lost council grant. Although the gallery was shortlisted, the Art Fund judges were concerned about the introduction of admission charges, which may help explain why the 2016 award went to London’s Victoria and Albert Museum.

Arnolfini in Bristol was also shortlisted that year for its “superb” contemporary programme, which “reached a record number of people”—458,000 in 2015/16. However, its popularity was not matched by financial success, partly due to minimal local government funding. A year later, in June 2017, the Arts Council decided that Arnolfini’s financial model was unsustainable and cut its grant, which was running at £750,000 annually. With money short and needing to rethink its direction, the gallery is presenting no exhibitions this year, although special events are held and the café remains open.

The Arts Council also commissioned a report on the visual arts in Bristol, which in March put forward recommendations to make Arnolfini viable. It suggested that the gallery should develop its partnership with the University of the West of England, which owns the freehold of its building. The Arts Council has already released £180,000 of £3.3m set aside for possible allocation to the visual arts in Bristol up to 2022. Arnolfini’s recently appointed director Claire Doherty promises an announcement in September on a new exhibition programme and strategy to secure the future of the gallery. 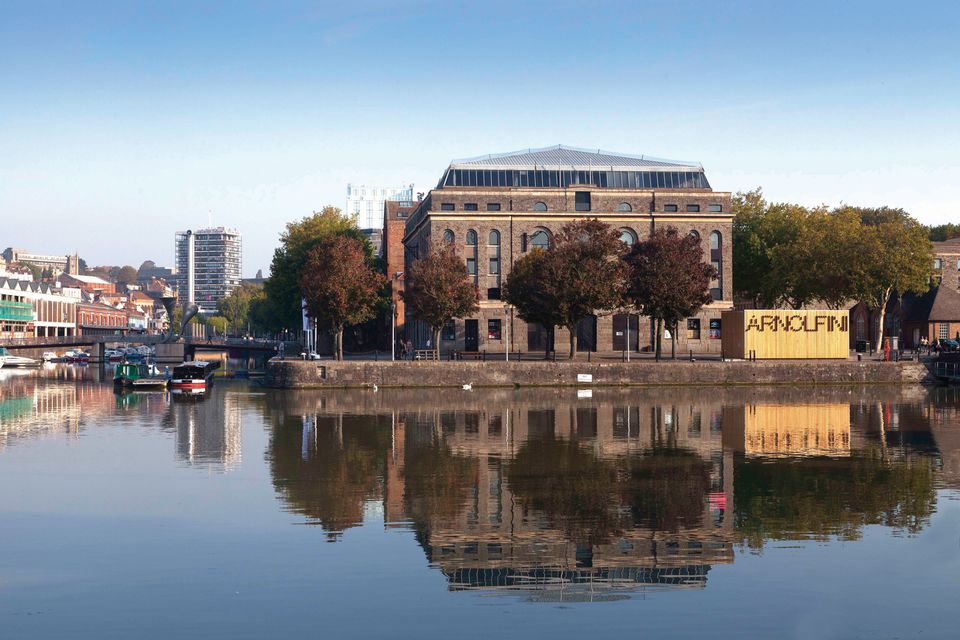 Belfast’s Metropolitan Arts Centre (MAC) was shortlisted in 2015 for an outstanding visual arts programme and achieving “world-class contemporary art gallery” status. Last year its three galleries welcomed 64,000 visitors. Opened in 2012, in a new building near the city centre, MAC also encompasses two theatres. Last December there were reports that MAC might be forced to close because of financial problems. The arts centre then had to reassure visitors that “despite some media coverage, MAC is very much open for business”, and that it was working with government “to address funding pressures”. MAC’s lobbying proved successful, and in March its Arts Council and Northern Ireland government grants rose from £900,000 to £1.2m for the current financial year. But without a commitment for next year, its long-term funding remains insecure.

Even national museums face financial challenges. London’s Imperial War Museum, which gets about a million visitors a year, was shortlisted in 2015 for its First World War galleries. Its follow-up project is to create new galleries on the Second World War and the Holocaust. Last December a £5m grant application towards the scheme was rejected by the Heritage Lottery Fund. Although the fund had some concerns about the project, in earlier times when more lottery money was available it might have won an award. Despite this setback, two-thirds of the £31m required has been raised and the museum now plans to open its new galleries in 2021.

Diane Lees, the museum’s director-general (and until last year chairwoman of the National Museums’ Directors Council), is also concerned about the backlog of building maintenance work. “We ought to make a massive investment in infrastructure,” she says. “The museum has £1m a year [for its buildings], but it needs £10m annually to maintain its estate.” Next year the chancellor of the exchequer will be holding a new spending review, and the national museums are already lobbying for a reasonable settlement. 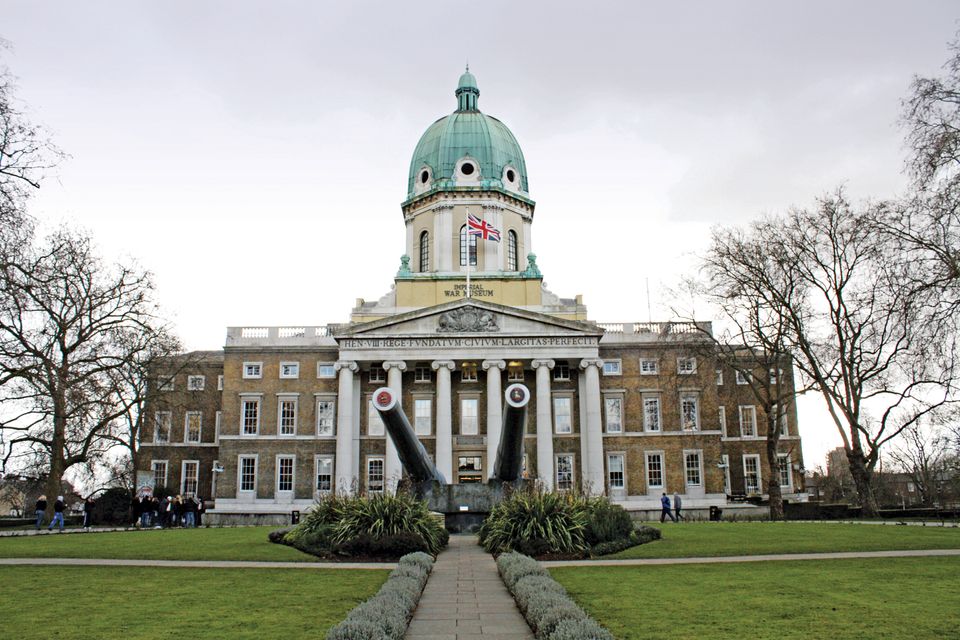 One finalist in Art Fund’s Museum of the Year actually closed just a few months after getting onto the shortlist. Bristol’s British Empire and Commonwealth Museum was among the first finalists in 2008, for its “challenging and emotive” exhibition on the history and legacy of slavery. Gareth Griffiths, the museum’s director, wanted to move the institution from Bristol to London to attract more visitors and gain financial stability. But it proved impossible for the independent museum to raise funds for an expensive London base. Six months after being shortlisted, the museum closed its doors to the public.

Worse was to come. In 2011 Griffiths was dismissed. Neil Cossons, the museum’s chairman, said this was because of “the unauthorised disposal of museum objects”. However, Griffiths’ solicitors said: “Objects were disposed of with the knowledge and agreement of the trustees, and the receipts fully audited.” Two years later the company which ran the museum went into liquidation.

During the first decade of the Art Fund’s stewardship of the award, there have been 39 runners-up. The majority have thrived—as well they should, since they represent the cream of the UK’s museums. But as a UK government review published in 2017 noted, public spending on museums in England has declined by 13% in real terms in that time, from £829m in 2007 to £720m in 2017, and it is getting more difficult to win large lottery awards. All of which is putting great pressure on even the most successful museums.