Boomerang art thefts: the stolen art that finds its way back

From a Van Gogh left in a public toilet to a Klimt found inside a gallery wall, just what is it that prompts criminals to return such valuable works? 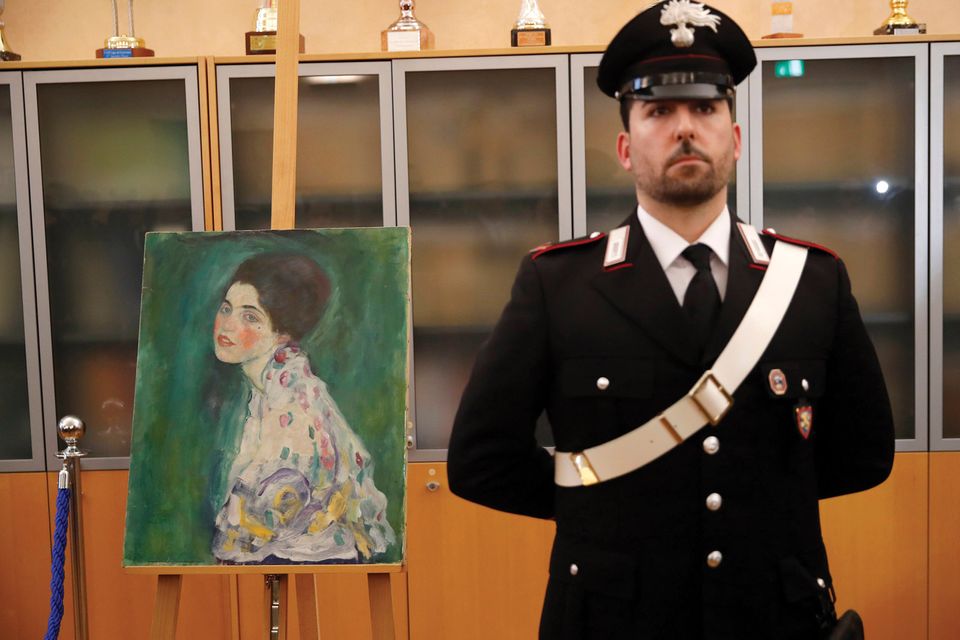 Gustav Klimt’s Portrait of a Lady (1916-17) was found inside a bag by gardeners clearing ivy from a wall at the Ricci Oddi gallery in Piacenza, Italy, in December 2019. It had been missing for 20 years © Rex Shutterstock

The recent confession by criminals to the theft of a Gustav Klimt painting 20 years ago is the latest example of thieves losing their nerve and aiding the return of stolen art.

Portrait of a Lady (1916-17) was originally stolen in 1997 from the Ricci Oddi Gallery of Modern Art in Piacenza, northern Italy. When the painting was uncovered by a pair of gardeners clearing away ivy in the gallery’s grounds late last year, the thieves told a local paper that they had returned the work to a hiding spot on the site four years ago “as a gift to the city”.

Another notable instance of criminals abandoning cultural loot was the discovery of a painting in a pile of rubbish in New York in 2003. The work, Tres Personajes (1970) by the celebrated Mexican artist Rufino Tamayo, had been stolen 20 years previously and turned out to be worth around $1m.

A key reason for this so-called “boomerang effect” is panic about how to get rid of the stolen art. This is more likely with works that are swept up as collateral damage in crimes that were actually targeting other valuables, or in opportunistic thefts, which tend to be unplanned and often involve little understanding of the challenges involved in selling recognisable works of art.

Often a dawning realisation of a stolen work’s significance, or failed attempts to sell it, can leave criminals suddenly keen to distance themselves from it. Take, for example, the apparently inebriated thieves who stole the left hand of a totem pole by the Indigenous artist Charles Joseph that stands outside the Montreal Museum of Fine Arts, Canada, in October last year. The thieves apologised and returned the hand, with a note explaining their ignorance. “At the time, we were not in a sober state of mine, and we had no idea what the totem pole was,” they stated.

In other cases, the return of works is the last resort following a string of exhausted options. “The first thing most criminals try to do is sell the item,” says Christopher Marinello, the chief executive and founder of Art Recovery International. “When that fails, they will often try and ransom it back to the theft victim or hope that an insurance company will come forward and offer a reward. When those strategies are exhausted, they begin to feel at risk with the item and anxiety creeps in.” Marinello adds that destroying or abandoning the paintings is often weighed against the potential value of using the paintings as a “get out of jail free card” or bargaining chip in the event they are arrested in the future. “Hiding stolen works of art becomes a way of postponing that decision but runs the risk that someone else will discover the location,” he says.

But sometimes, sheer guilt drives the voluntary return of stolen art. Or, more often, guilt over the actions of an ancestor or relative. This was the case with Horst Wächter, the son of a German SS general, who returned three works of art, including a painting of the Potocki Palace, to Poland in 2017. The works had been looted from Kraków’s National Museum by Wächter’s mother in 1939. He told The Guardian he hoped the move would encourage others in possession of such objects to follow suit and said: “I do not return the objects for me, but for the sake of my mother.” 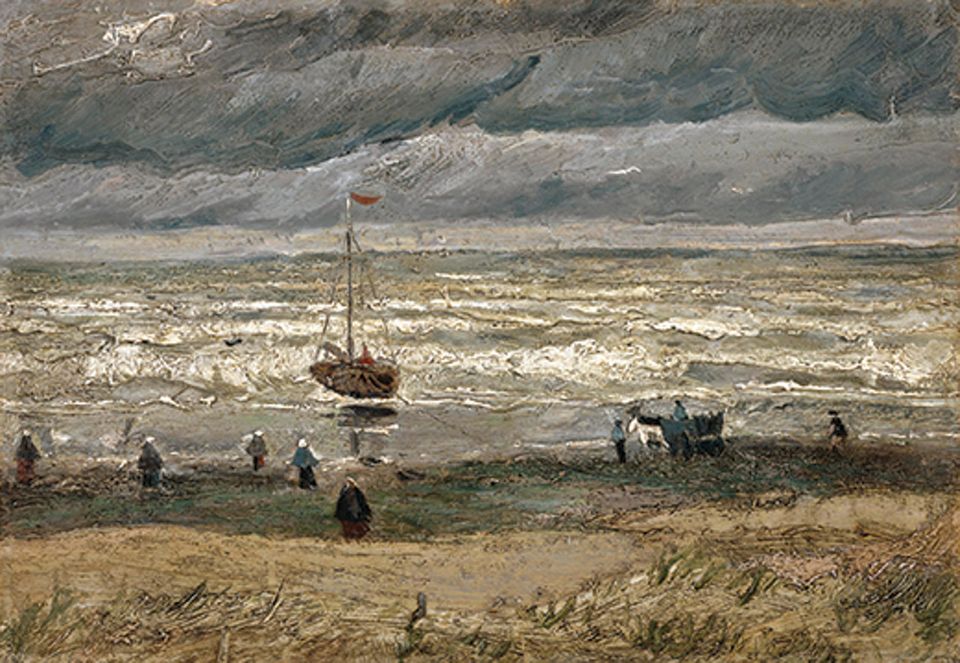 Giving up on Van Gogh

An elaborate theft of 20 paintings from Amsterdam’s Van Gogh Museum in 1991 was scuppered when the getaway vehicle seemingly got a flat tyre. The paintings, estimated at around $500m, were discovered a mere half hour after the raid, in an abandoned car near the museum. Four men were later arrested and convicted.

Another theft from the museum in 2002, however, was more successful—two paintings by the Dutch master, Congregation Leaving the Reformed Church in Nuenen (1884-85) and View of the Sea at Scheveningen (1882), were lost until 2016, when they were found during an Italian operation cracking down on organised crime.

Proving a point with Picasso

Three works—by Picasso, Van Gogh and Gauguin—were stolen from the UK’s Whitworth Art Gallery in 2003, only to be discovered days later in a public toilet not far from the Manchester gallery. Wrapped inside a tube, the works were accompanied by a note stating that the intention was not to steal, but rather “to highlight the woeful security”.

Last November saw a bold attempt to steal two works by Rembrandt on loan to London’s Dulwich Picture Gallery for a temporary exhibition. Following a scuffle with security officers and police—one of whom received a dose of an unknown spray to his eyes—the thieves scarpered with the paintings. But shortly afterwards the works were recovered—in nearby hedges—and have since been safely returned to the Louvre and Washington’s National Gallery of Art.