Class struggle: how a year of cancelled degree shows has left fine art graduates in the lurch 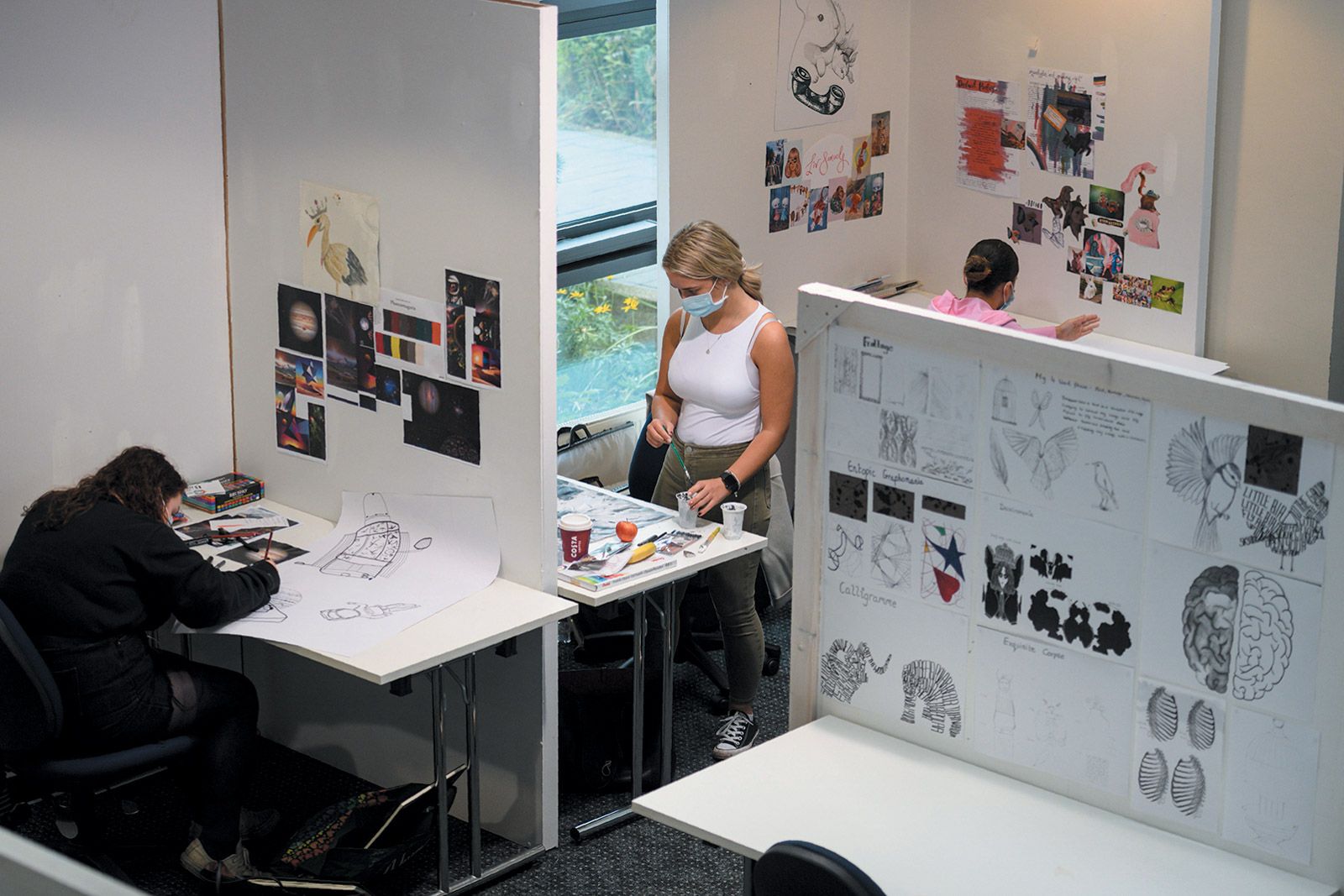 During the pandemic, students can work in studios only if they are separated by partitions and wearing face masks © OLI SCARFF/AFP via Getty Images

When Cruz Castillo graduated from the MFA programme at the University of California, Los Angeles last June, he packed up and drove back to his home city of Detroit. His thesis project—what should have been the culmination of two years of work—remained in university storage, where it still is today, in pieces and never realised.

It has been a tumultuous year for arts graduate students, with studios inaccessible, thesis shows cancelled and staff and budget cuts. A year on from the onset of the Covid-19 pandemic, art students report dwindling opportunities, adding greater uncertainty to an already precarious vocation. Some, however, have enjoyed successes—with curators suddenly accessible over the internet and commercial galleries stepping in to help—so it is a complex picture.

Graduating from art school is daunting at the best of times, and when Castillo realised he would finish with no thesis exhibition or body of work to show for it, his morale plummeted. “Creatively, it was a big motivation-killer for me,” he says. “An MFA programme is an emotional rollercoaster and a psychological mindfuck—to do all that work and then end on that note was really discouraging. I didn’t want to do anything.” Castillo had applied for teaching jobs and residencies—but all were scrapped as the world shut down. So he found work in Detroit, cleaning alleyways and cutting down trees. He has made just one work of art in the past 12 months.

The experiences of graduates in Covid-19 times range dramatically, but the Instagram account SadGrads2020, founded by the artist Jody Mulvey, testifies to the heartache experienced by UK graduates denied the launch pad that art schools promise.

“Losing your degree show can make it feel as if your entire career is doomed,” Mulvey says. “Degree shows are a huge way in which artists can network and ultimately create opportunities that can define their future... They also give you finalised work which you can use in applications.”

Yet while their education has been anticlimactic, some say their careers have been unaffected. Paulina Fi, who did a takeover of SadGrads last year, was frustrated with Goldsmiths, London, which has been roiled by staff cuts and strikes. But Goldsmiths pulled together a thesis exhibition, albeit in Fi’s eyes a “messy” one, and her work was featured in the Saatchi graduate show last summer. Other opportunities have since come to her through the VIA arts prize and the UK Mexican Arts Society. 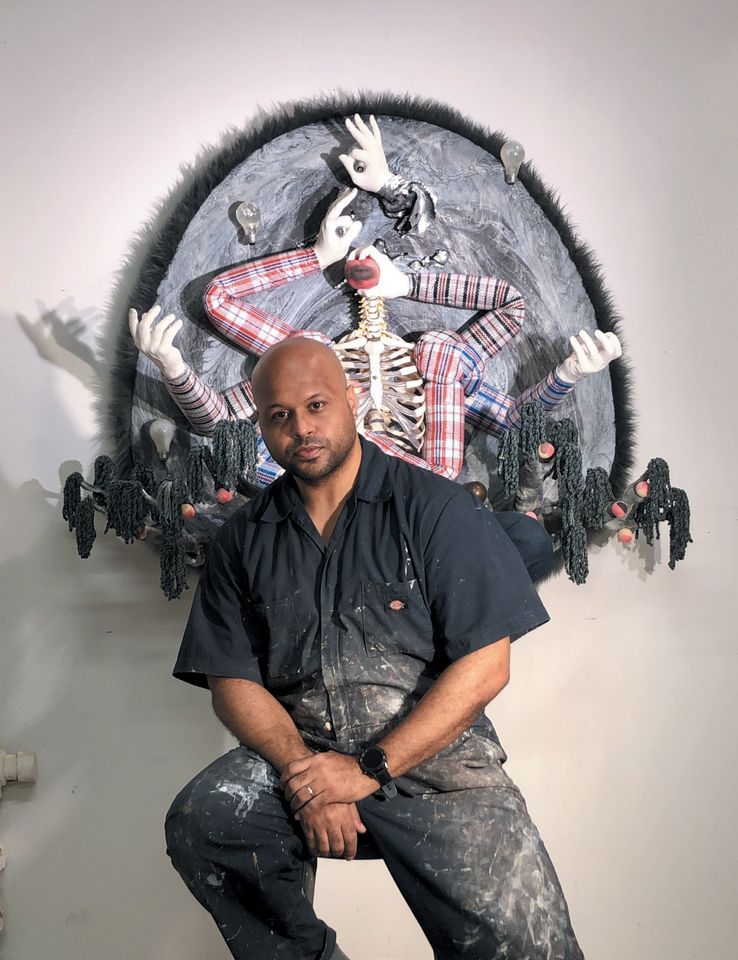 Miguel Payano, a graduate of Hunter College, New York, also benefited from a thesis show collaboration with a commercial gallery; Hauser & Wirth hosted the online component on its website in the autumn. Payano has been “unashamed” to ask curators he admires to do online studio visits—a tactic that has been 90% successful. Hunter’s in-person thesis show also paid dividends: the Manhattan dealer, Charles Moffett, gave Payano a solo exhibition after visiting. Payano is 40 years old with 15 years as a practicing artist—not the archetypal MFA student. Still, his case illustrates the potential that thesis exhibitions normally offer.

Without a degree show, says Caroline Douglas, the director of the UK’s Contemporary Art Society, “there isn’t this catapult moment for some of the students who are plucked out of the degree show and given a contract with a gallery and their career takes off”. Douglas notes, though, that art school staff have remarked on how “energetic, self-organising and entrepreneurial this generation is”.

Glasgow School of Art graduate Benjamin Hall is a case in point. Last year, he led the build of a 3D, downloadable gamer version of a thesis show featuring the work of 136 fine art and design students amid what he describes as the almost total evaporation of institutional support from the school throughout the lockdown. The show was downloaded 1,500 times over two weeks—more than the number of people who would have attended the physical degree show. Hall has since had a steady stream of arts opportunities, albeit modestly paid, and suspects visibility from the virtual thesis show may have helped.

Therein lies one silver lining: a greater fluency in digital media has made larger audiences accessible. Julie Lomax, the chief executive of The Artists Information Company, has been advising students to build ambitious, international invitation lists for online thesis shows. “The wish list is possibly within reach now,” she says.

This is a daunting time to embark on an art career. Yet several students say that even if resumé-building opportunities are hard to come by (and university support scant), their conviction as artists has only grown. One MFA student at Yale School of Art, who wishes to remain anonymous, reports that while she and her classmates are emotionally drained from the past year, they are more dedicated. “We’re so isolated that I think we’re more focused than ever before,” she says. “We all know how bad it feels not to have any access to anything.”

Taylor Laufersweiler, another graduate from Hunter College, says that the lockdown brought a welcome period of concentration, even if it meant making art on his kitchen table while furloughed from his coffee shop job. “I was able to stop and focus,” he says. “Because everything was on pause, I felt a different kind of freedom with my work. I didn’t have all the outside voices of school and everything going on.”

But a few months on from his thesis show, Laufersweiler is despondent. Several residencies he hoped to apply for are now closed due to the pandemic. “The space of the art world feels so inaccessible,” he says. But he is still committed to being an artist. “Before all this happened, I really questioned what I was doing and why I was doing it” he says. “This entire experience reinforced exactly why I chose to do what I’m doing. I found a different feeling of making the work—it becomes a place of meditation, of escape.”