Destructive, sensationalised and maybe not even art: the short and vague legacy of the Utah monolith

After the dismantling of the mysterious monolith that appeared in Utah, environmentalists and art experts alike say the object may have done more harm than good 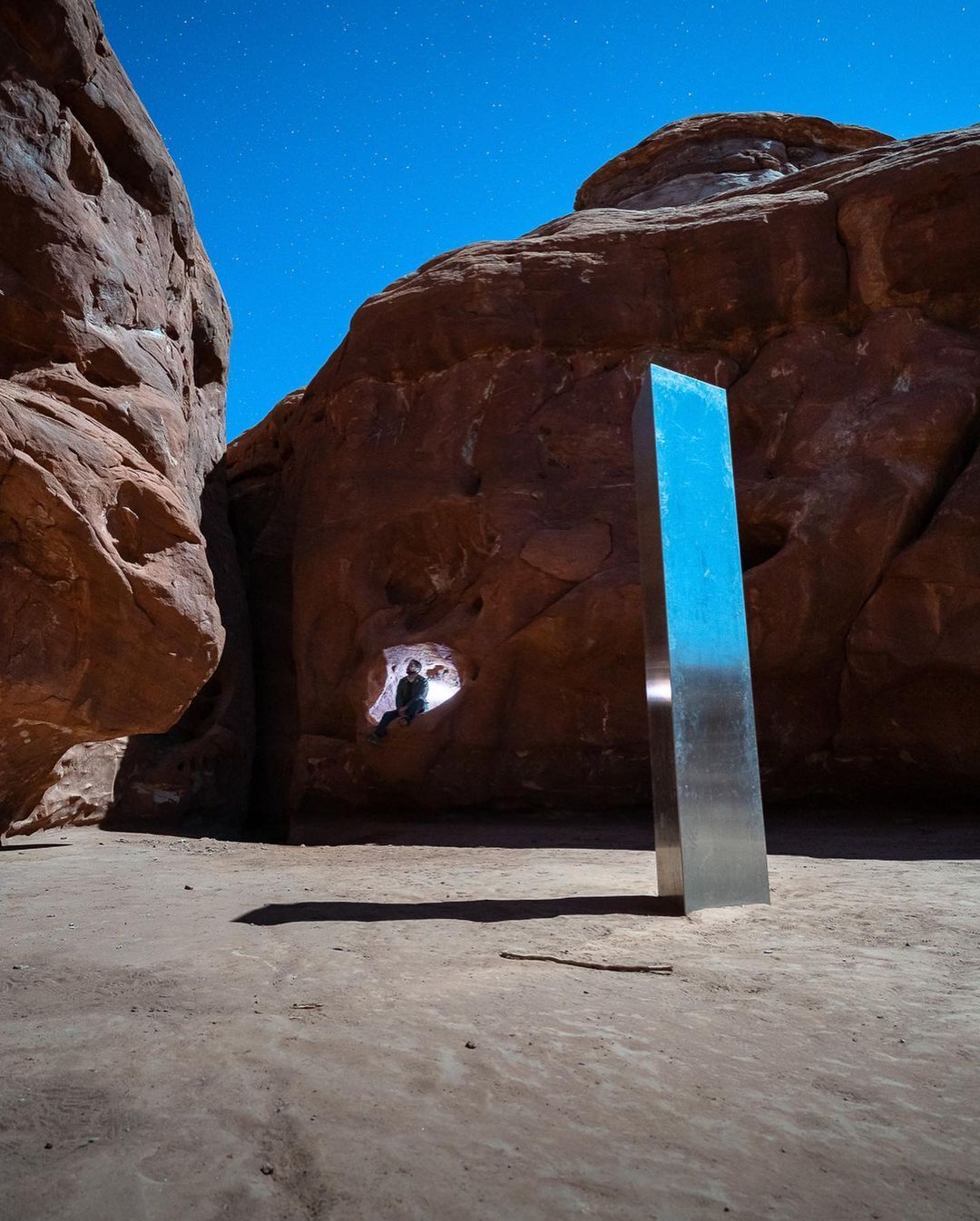 Less than two weeks after a team of biologists from the Utah Division of Wildlife discovered a mysterious monolith via helicopter while conducting a routine count of bighorn sheep in the desert, the object was toppled and dismantled.

The work, the origins of which remain unknown, captured the imagination of art and alien enthusiasts alike, and also inspired an influx of other tourists to travel to the area—a remote cove in the Needles District of Canyonlands National Park—after its coordinates were located and shared online.

Now, after a similar and equally puzzling second monolith has appeared and disappeared in Romania this week, and as other monoliths continue to pop up around the world, the object has left behind nothing but a legacy of frenzied sensationalism and environmental destruction.

In a statement sent to The Art Newspaper, Sylvan Christensen, one of the four Utah-based outdoorsmen who tore down and hauled off the Utah monolith on the evening of 27 November, says that the “dismantling of the Utah monolith is tragic”, and that he and his cohort wish to make clear that they support the work and any artists behind it, “but legality and ethics have defined standards, especially in the desert”.

Christensen added: “The ethical failures of the artist’s 24-inch equilateral gouge in the sandstone [...] was not even close to the damage caused by the internet sensationalism and subsequent reaction from the world. This land wasn’t physically prepared for the population shift, especially during a pandemic.”

The photographer Ross Bernards, who witnessed Christensen and others knock down the monolith, says he and his group had travelled six hours to see the object, but “didn’t do anything to stop them because we agreed with what they were doing—and because we felt guilty after realising we were contributing to the problem”.

Bernards claims to have seen a parked plane and around 100 cars drive in and out of the site during the hour he spent there. “It was ridiculous and causing major damage to the land—no one was walking on trails, there were dogs off-leash and poop everywhere, and there was even used toilet paper on the side of the road leading to the area.” 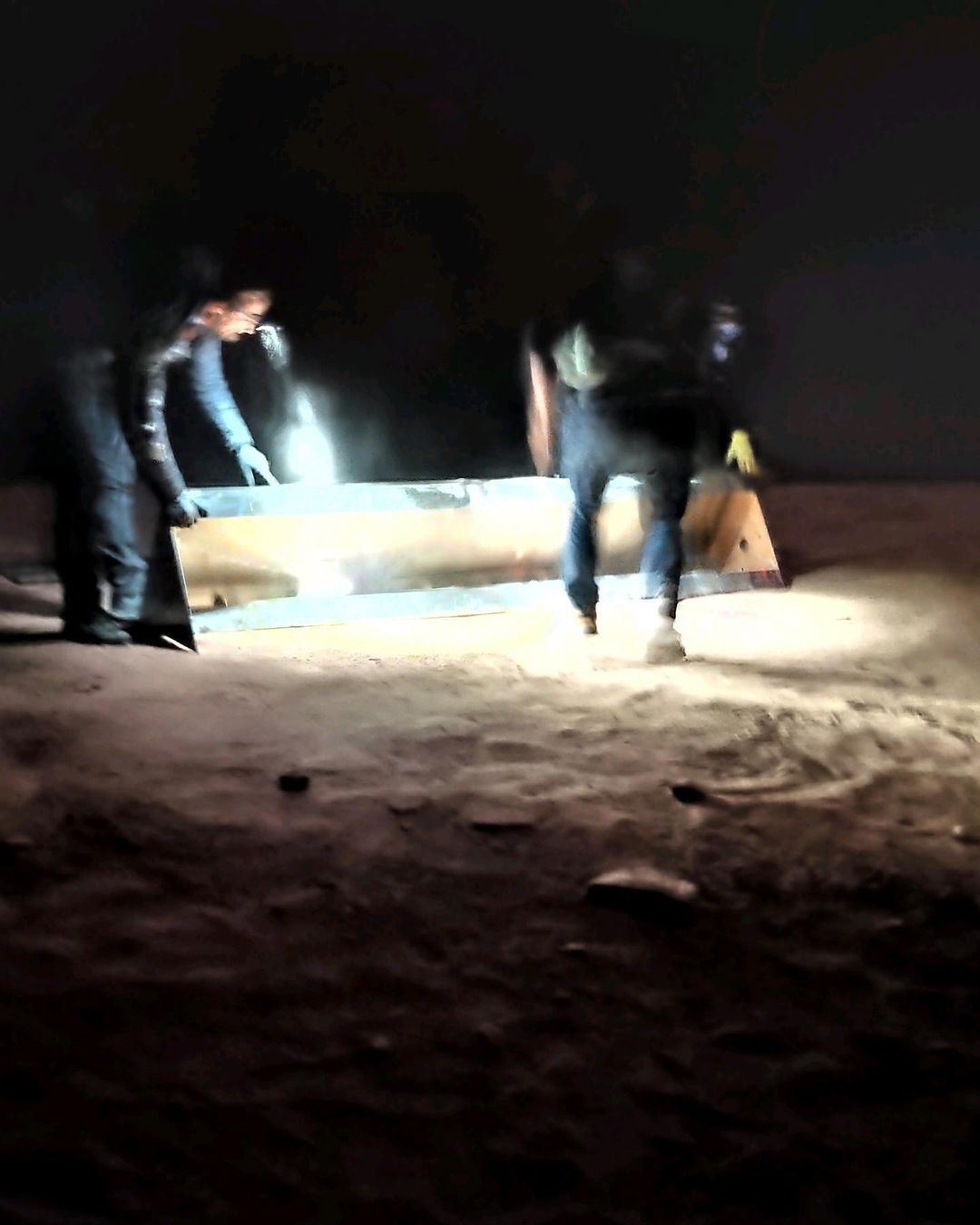 He is “glad the monolith is gone”, and, as an outdoor photographer, says he realises that he is “responsible for putting some places on the map, but it’s important to minimise your impact and leave things wild, and never geotag locations or share coordinates”.

He adds: “Mother Nature is the artist in the wild, and we should leave her art untouched. I think something like this belongs on private property or some art scenario—like a gallery.”

Viewers have likened the object to the work of various artists, but particularly to the freestanding plinth sculptures of the late Minimalist artist John McCracken—a speculation further exploited by David Zwirner, who represents McCracken’s estate and will host a major exhibition devoted to the artist’s work next year.

In a statement to The Art Newspaper last week, Zwirner said the work was not by McCracken, but later told The New York Times that he remained “divided” on the matter but personally believed that it was indeed the artist’s work. He also entrepreneurially joked that the “portal” to the monolith could be found in the gallery’s 20th Street location—via McCracken’s work Fair (2011) that is installed near the lobby.

However, the art dealer Almine Rech, who began working with McCracken in 1990 and considered the artist a close friend, ruled out the idea. “I don’t know why anyone ever said it could be a work by John,” she says. “Maybe because they thought so.”

She explains that McCracken always spoke about UFOs, “and how he dreamt that his work would reflect the changes of the world if it was still standing in the coming centuries, but the object was not reflective or polished like a mirror—it’s a piece of metal, which is not normal, because John would not have made a column that was not reflective”. 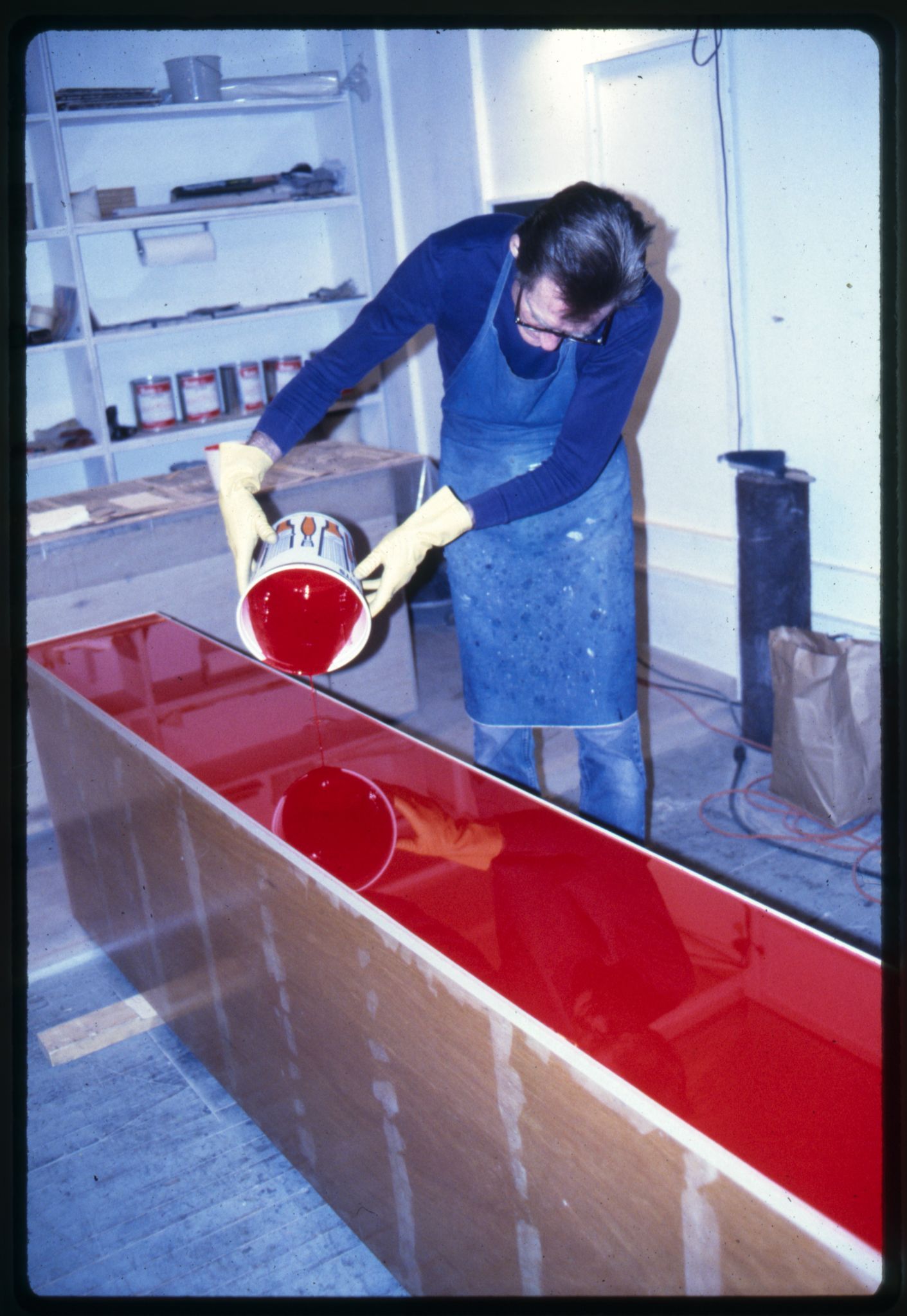 John McCracken in his studio Courtesy of Almine Rech

Furthermore, Rech says the monolith was “a beautiful idea but not John’s work, and maybe not even the work of an artist.”

Whether or not the work was intended to be art—or simply an homage to the alien-built monoliths in Stanley Kubrick’s sci-fi classic 2001: A Space Odyssey—remains unknown. And whether it should be considered “good” art is another discussion entirely.

William Fox, the director of the Center for Art and Environment of the Nevada Art Museum and author of various essays and books on Land Art—including the 2019 book The Once and Future Monuments, which is devoted to the work of Michael Heizer, a proponent of the idea that the landscape is an inseparable part of a work’s aesthetic—says his department “has been getting calls from people all over the planet asking if we have anything to do with this—and the answer is no”.

He also negates comparisons to Richard Serra, who worked with “heavy slabs of metal, not hollow parts like this one, and certainly nothing that would have been riveted together” with bolts. “This was a one-off gesture, but, had it been made from solid steel, it would have been more interesting.”

Fox—who has written prolifically on art in the landscape, particularly on elusive or largely inaccessible works in the desert like Heizer’s Double Negative and other works that either nature has reclaimed or were never intended to become the domain of social media influencers—says that the “intent of someone creating something like [the monolith] is inscrutable”.

The monolith was, indeed, a “pure gesture”, he says, in the sense that it “wasn’t labelled, there were no directions to it, and no one even set up rumours about it so that people would be intrigued enough to go find it”.

He adds, “It was a clean and pure proposition but the problem is that oftentimes when something gets discovered—once that presence is interrupted—then it becomes something else, and it’s not so good.”