If the US destroys Iranian cultural sites, President Trump will be criminally liable by international law

The US is signatory to The Hague Convention for the Protection of Cultural Property in the Event of Armed Conflict, which forbids any act of hostility to cultural property 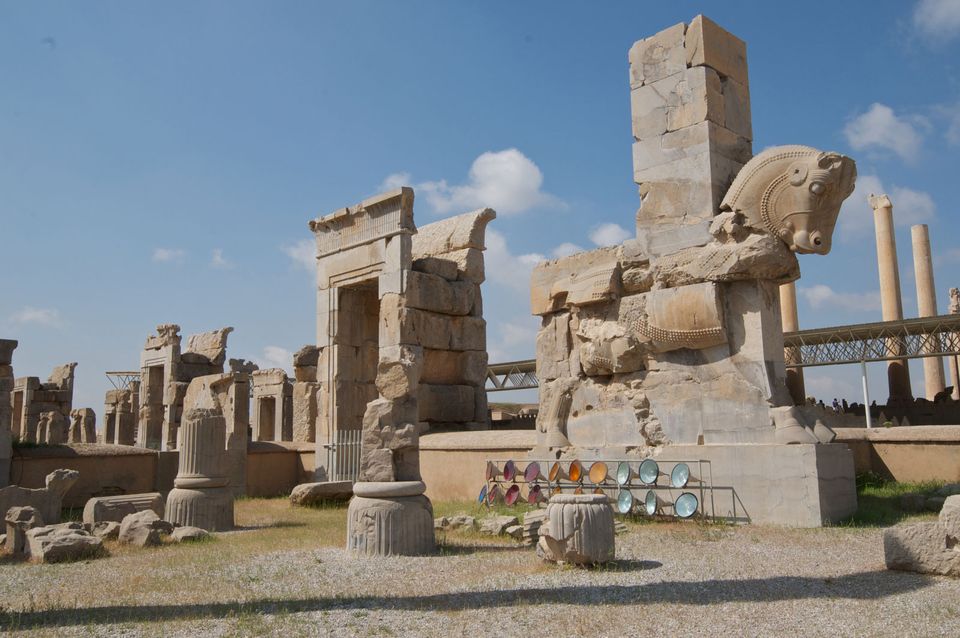 Persepolis is among the sites that might be targeted by US bombs © A.Davey/Flickr

US President Donald Trump has directly threatened the destruction of Iranian cultural heritage as a form of retaliation if US citizens or assets are hit by Iran. His tweet of 4 January reads:

“Let this serve as a WARNING that if Iran strikes any Americans, or American assets, we have targeted 52 Iranian sites (representing the 52 American hostages taken by Iran many years ago), some at a very high level & important to Iran & the Iranian culture, and those targets, and Iran itself, WILL BE HIT VERY FAST AND VERY HARD. The USA wants no more threats!” 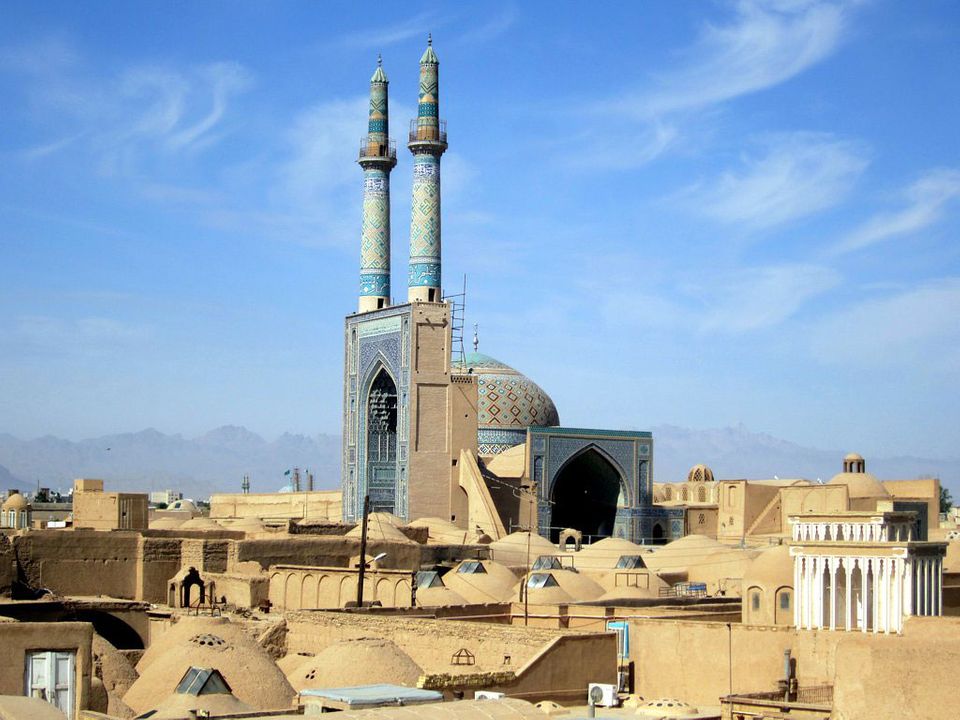 The last time a head of state explicitly targeted cultural heritage as part of a political and military confrontation was 24 April 1942 when, enraged by the British bombing of German towns, the Nazi government announced, "We shall go out and bomb every building in Britain marked with three stars in the Baedeker Guide", hence the name of “Baedeker Raids” of an operation that hit the historic cities of Exeter, Bath, York, Norwich and Canterbury. The British and Allied response to these attacks was also extremely destructive; over a thousand historic cities of Germany were left in rubble by the end of the war.

Cultural heritage has, however, been targeted in recent times in the process of undeclared wars. The bombing of Dubrovnik by a Serbian militia in 1991 damaged over 300 buildings of the World Heritage city. For this act, admiral Miodrag Jokic was sentenced to seven years in jail by the UN International Criminal Tribunal for the Former Yugoslavia.

The destruction of the mausolea of Timbuktu by the Salafists in 2012 came under the scrutiny of the International Criminal Court of the Hague and in 2015 the perpetrator of those acts was sentenced to nine years in jail.

The targeting of cultural heritage was also used to great effect as propaganda by the Islamic State, or Daesh, as it is known. The blowing-up of Palmyra’s temples of Bêl and Baal-Shamin in 2015 was among the most shocking of these acts of deliberate destruction. 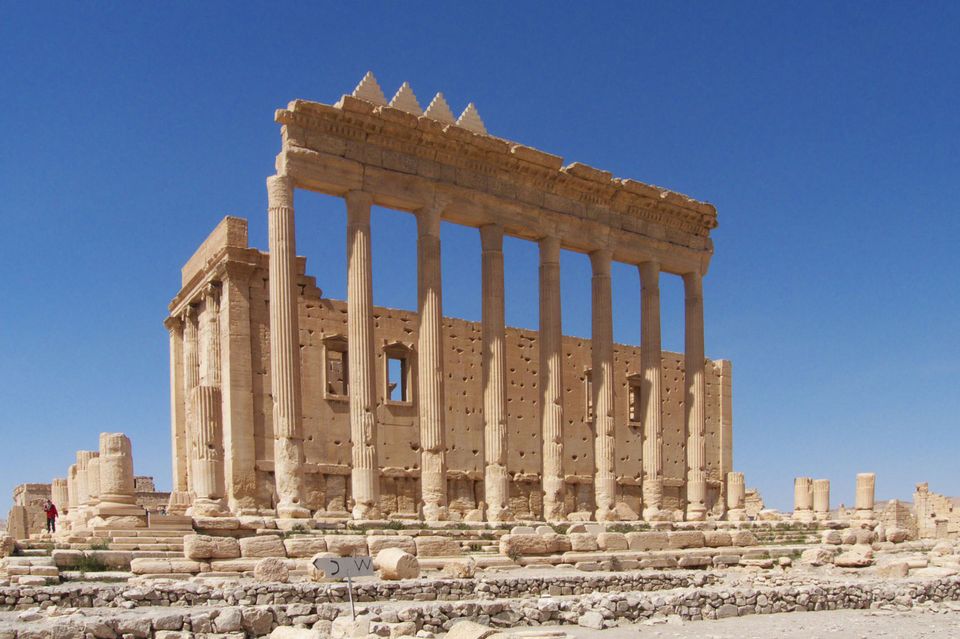 After the Second World War, faced by massive destruction of cultural heritage in Europe, Asia and other regions, the international community discussed an idea that had originally been put forward in the 1930s by the Russian painter and philosopher Nicholas Roerich, who had promoted a treaty for The Protection of Artistic and Scientific Institutions and Historic Monuments (the Roerich Pact), aimed at preserving cultural heritage in case of conflict. At the time, this concept was warmly supported by the US government, which was the first country to ratify it, in 1935.

After the war, Unesco led the movement for an official international agreement and in 1954, The Convention for the Protection of Cultural Property in the Event of Armed Conflict was adopted in The Hague.

This convention, which has now been signed by 133 nations and was ratified by the US in 2009 and by Iran in 1959, clearly states the obligations of the contracting parties:

“Art 1. The High Contracting Parties undertake to respect cultural property situated within their own territory as well as within the territory of other High Contracting Parties by refraining from any use of the property and its immediate surroundings or of the appliances in use for its protection for purposes which are likely to expose it to destruction or damage in the event of armed conflict; and by refraining from any act of hostility, directed against such property.”

The threats expressed by the US president are therefore in direct violation of the terms of this international convention, to which his country is signatory, and if carried out would constitute a crime. 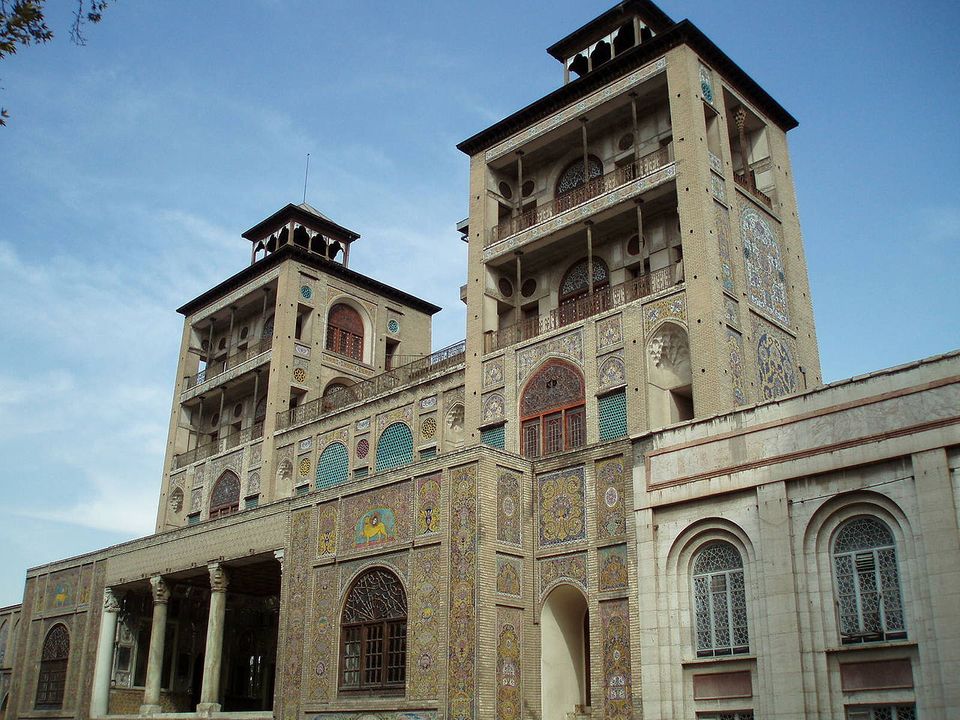 Iranian heritage sites that might be targeted by US bombs

The territory of modern Iran has been home to some of the greatest civilisations of mankind from prehistory to classical antiquity down to modern times. Iran today has 24 sites on the Unesco World Heritage List. A deliberate attack would presumably target historic cities and monuments or archaeological areas. 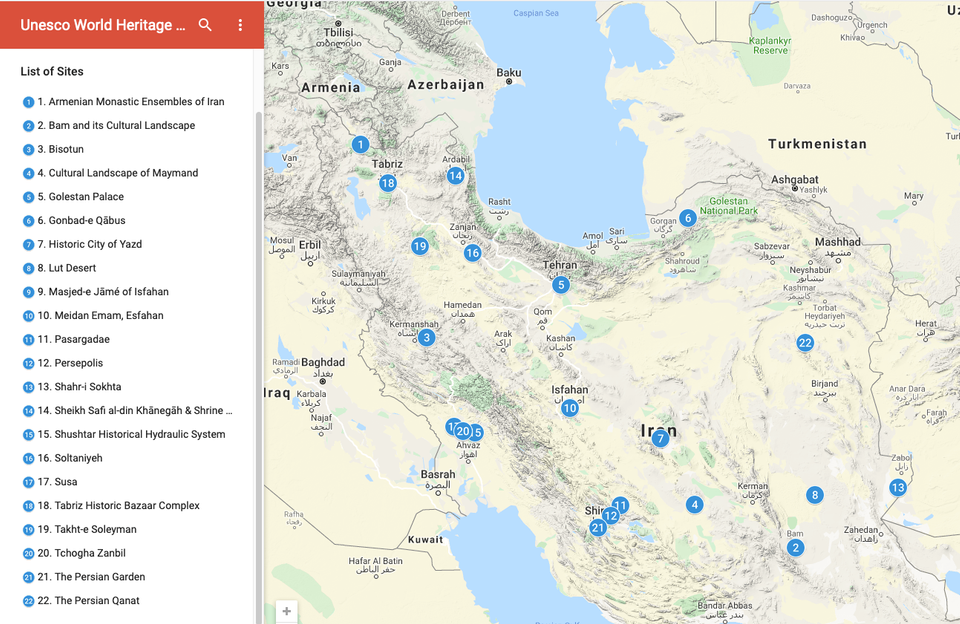 Isphahan, Tabriz and Yazd are on the World Heritage List, but there are other historic cities of great importance, such as Shiraz.

At Isphahan there are two sites: the great square, the Meidan Emam, built by Shah Abbas I the Great at the beginning of the 17th century and the Masjed-e Jāmé (the Friday Mosque), an illustration of the evolution of mosque architecture over twelve centuries, begun in 841 AD.

Tabriz’s historic bazaar consists of a series of interconnected, covered, brick structures and buildings, famous in the 13th century, when the town was the capital city of the Safavid kingdom. The Historic City of Yazd in the middle of the Iranian plateau is one of the most impressive examples of a city adapted to the harsh conditions of the desert. Built in earthen architecture, it has retained its traditional districts, the qanat (underground water channels) system, houses, bazaars, hammams, mosques, synagogues, and Zoroastrian temples.

Several other monuments of global significance could become the target of attacks, including the archaeological remains of the great Persian empire, such as the site of Persepolis, the tomb of Emperor Cyrus the Great at Pasargadae, the great inscription of Darius I the Great at Bisutun of 521 BC.

Other monuments illustrate the long and complex history of Iran, such as the ziggurat of Tchoga Zanbil, the holy city of the kingdom of Elam (1259 BC) or the archaeological site of Takht-e Soleyman, in north-western Iran, which includes the principal Zoroastrian sanctuary partly rebuilt in the Ilkhanid (Mongol) period (13th century) as well as a temple of the Sassanian period (6th and 7th centuries AD) dedicated to Anahita.

The mausoleum of Oljaytu constructed in 1302–12 in the city of Soltaniyeh, the capital of the Ilkhanid dynasty, is one of the outstanding examples of the achievements of Persian architecture and a key monument in the development of its Islamic architecture. Finally, the lavish Golestan Palace in Tehran is a masterpiece of the Qajar era, embodying the successful integration of earlier Persian crafts and architecture with Western influences.

Will the US really destroy these outstanding examples of the heritage of mankind? It may be that Trump’s tweet will remain a rhetorical flourish, but the mere fact that the president of the US can make such a threat is a matter of the greatest concern.

• Francesco Bandarin is an architect and former senior official at Unesco, director of its World Heritage Centre (2000-2010) and assistant director-general for culture (2010-18).