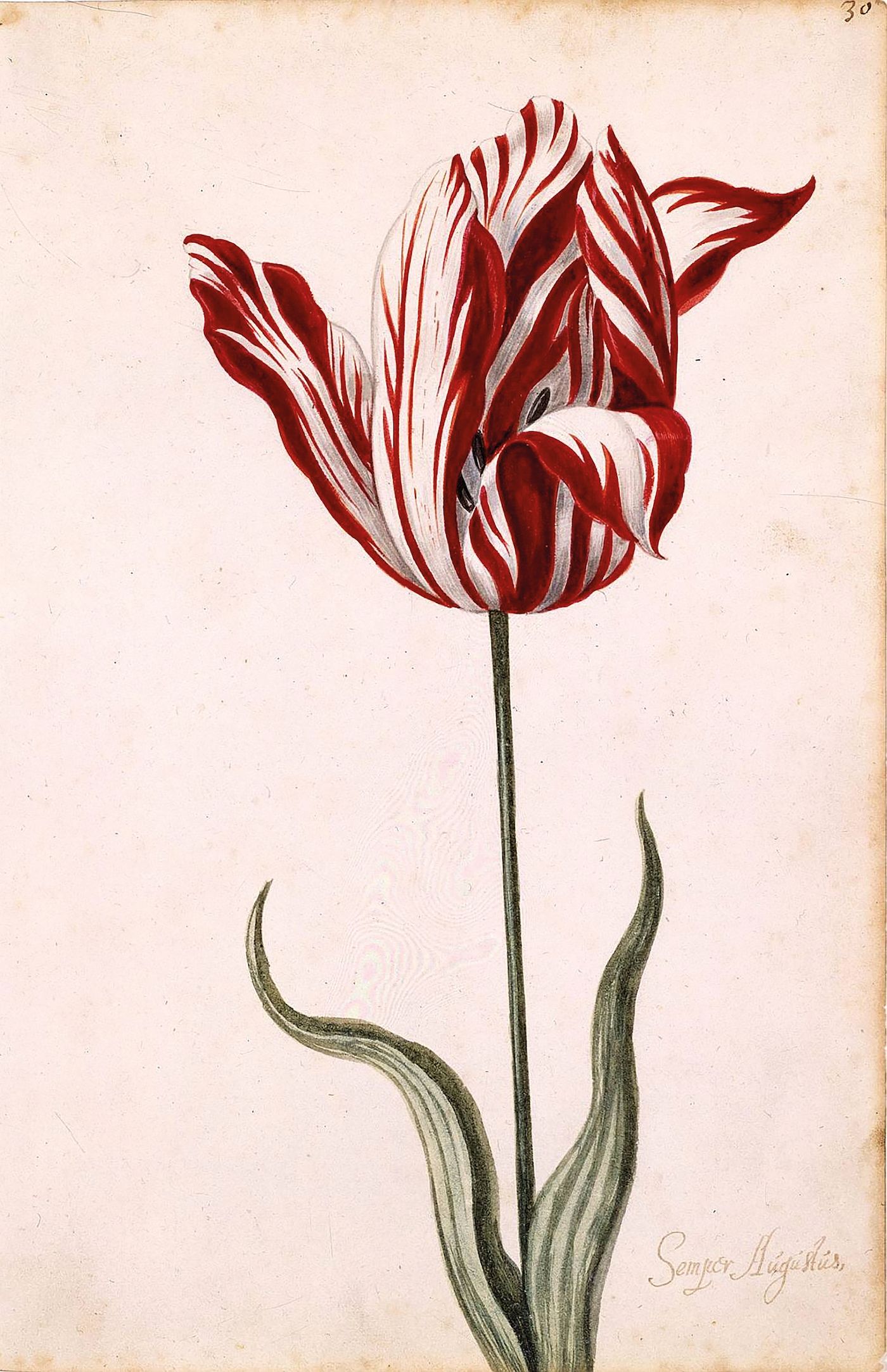 It is not often that the commercial churn of the art world produces a moment that feels truly seismic. Plenty of people thought that moment had come on 11 March when the digital artist Beeple’s non-fungible token (NFT) sold at Christie’s in an online auction for $69.3m, a price far higher than anything yet paid for works by canonical greats such as Georgia O’Keeffe, Eugene Delacroix, Francisco Goya, Jackson Pollock and Marcel Duchamp.

For the first time, Christie’s accepted payment in Ethereum cryptocurrency—including for its own fees. The work, which has no physical existence, was bought by Metakovan, a pseudonymous crypto investor who already owns numerous Beeple works, for 42,329.453 Ether, including Christie’s buyer’s premium.

“It’s like Duchamp. We’re dealing with the same kind of conceptual leap,” says Candace Worth, a New York-based art adviser. “Are we just the wrong generation?” adds an uncomprehending Worth, who wonders whether Beeple’s jpeg could turn out to be the 21st-century equivalent of Duchamp’s Fountain readymade, which proved equally baffling when first exhibited in 1917.

Beeple’s Everydays: The First 5000 Days was a digital collage of all the images he had posted online since 2007. NFTs are essentially digital files in which authenticity and ownership are certified, at considerable environmental expense, by blockchain computer networks. They can turn almost anything into a virtual collectible: cars, tweets, land, sneakers, music, even video clips of basketball shots. During the past few months, these tokens have been traded at heady prices on specialist platforms by speculators who have made digital fortunes from cryptocurrencies such as Bitcoin and Ethereum. The aggregate value of this virtual money has soared to more than $1trn after backing from Elon Musk’s Tesla group, hedge funds and other major investors.

As a stunned analogue art world is now realising, the crypto-wealthy are paying the headiest prices of all for NFT art. As well as tokens by Beeple, CryptoPunks, a collection of 10,000 algorithm-generated characters made since 2017 by Larva Labs, have also been selling at mind-altering levels. On 11 March, Punk no. 7804, one of only nine rare “alien” CryptoPunks, sold for 4,200 Ether, around $7.5m at the time.

That price, given for a computer file containing a Space Invader-like image comprising just 576 pixels, was way above the latest auction highs for works by in-demand analogue artists such as Amoako Boafo and Matthew Wong. Just three years earlier, Punk no. 7804 had sold for 12 Ether, or about $15,000. 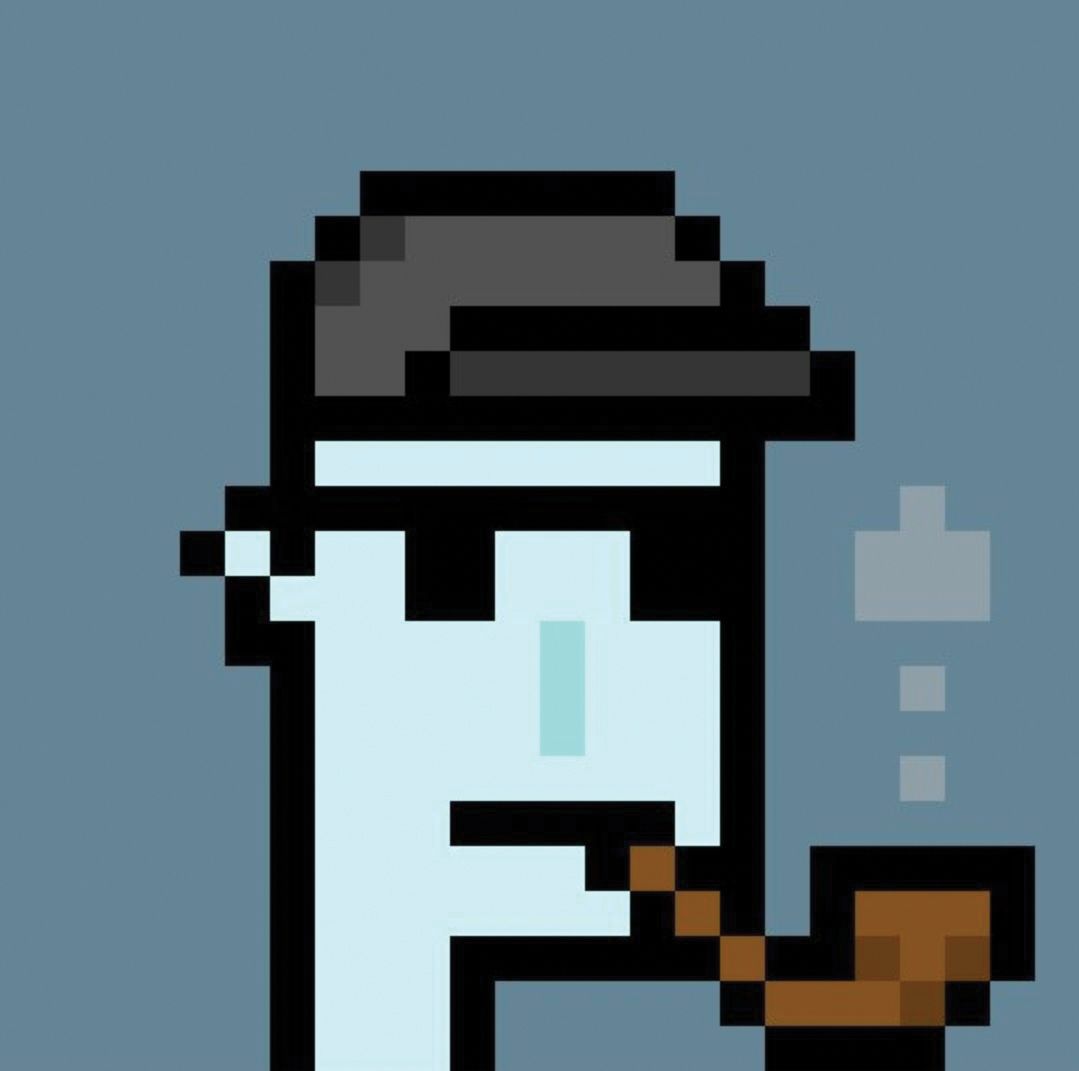 “In 30 years, I’ve never seen such a reaction in the art world. It’s nothing less than an earthquake,” says the New York-based writer, collector, dealer and NFT convert Kenny Schachter, who in recent months has himself become a successful digital token artist, selling more than $200,000 of works on Nifty Gateway, the online sales platform owned by the Bitcoin billionaire twins, Tyler and Cameron Winklevoss. “This is a whole new audience. They don’t know about the art world, and they don’t care about it,” Schachter says.

Do NFTs represent a truly significant cultural shift? Or is this just the speculative madness of the crypto-crowd, like the mania for tulips in the mid-1630s or South Sea Company stock in 1720?

Christine Bourron, the chief executive of the London-based art market analysts Pi-eX, has a simple explanation. “Ether has gone from $100 a year ago to $1,800. A group of people have become millionaires and billionaires in cryptocurrency,” Bourron says. “It’s very complicated to turn it back into dollars or another fiat currency, and they don’t have many options for spending their ether.” And NFTs are one of those few options. 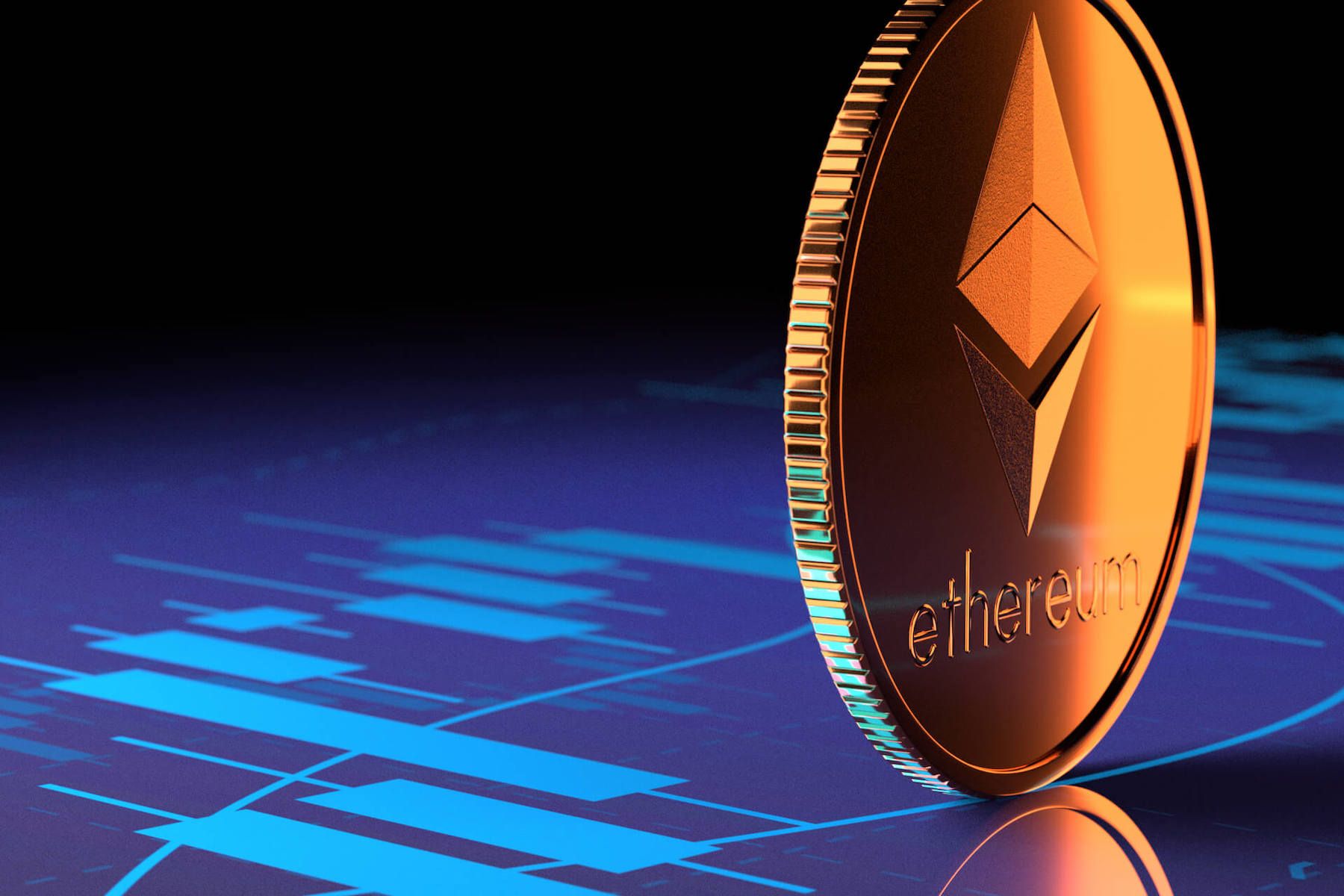 Ether is the key

Bourron also points out that the Christie’s Beeple sale of one NFT grossed 44% more than the $48m the auction house had turned over from all its January and February auctions combined, comprising some 3,000 lots.

No wonder auction houses, along with others in the analogue art world, suddenly see NFTs as financial El Dorado. This is art that is made online, viewed online, bought online and owned online, incurring no transportation, storage, photography or insurance costs. And it makes huge prices. What’s not to like?

Well, the problem is that most NFT art, like Beeple’s Everydays is traded in Ether, a highly volatile cryptocurrency that is not widely accepted for consumer payments.

“Many cryptocurrency payment apps have been created in recent years to promote its use,” Chi Lo, an economist at BNP Paribas, recently pointed out in Investors’ Corner, the official blog of the French bank’s asset management division. “But none of them has made it to the core of the world’s daily transactions and payments, except for some underworld transactions.”

The value of an NFT work, having no physical existence, is umbilically dependent on the price of Ethereum. If Ether is on a high, then Ether art is on a high. It’s all about the digital money.

“Christie’s auction wouldn’t have been a success if it hadn’t accepted Ether,” Bourron says. “That was the key.”

For the moment at least, with the price of Ether having more than doubled since the beginning of the year, it is onwards and upwards for NFT art.

Sotheby’s collaborated with the digital artist Pak on an NFT sale this week that totalled $16.8m. In a statement, the auction house said that ultimately it is “looking to expand upon this first venture in the months to come with new ideas and concepts, such as introducing well-known contemporary artists into the digital art space”. 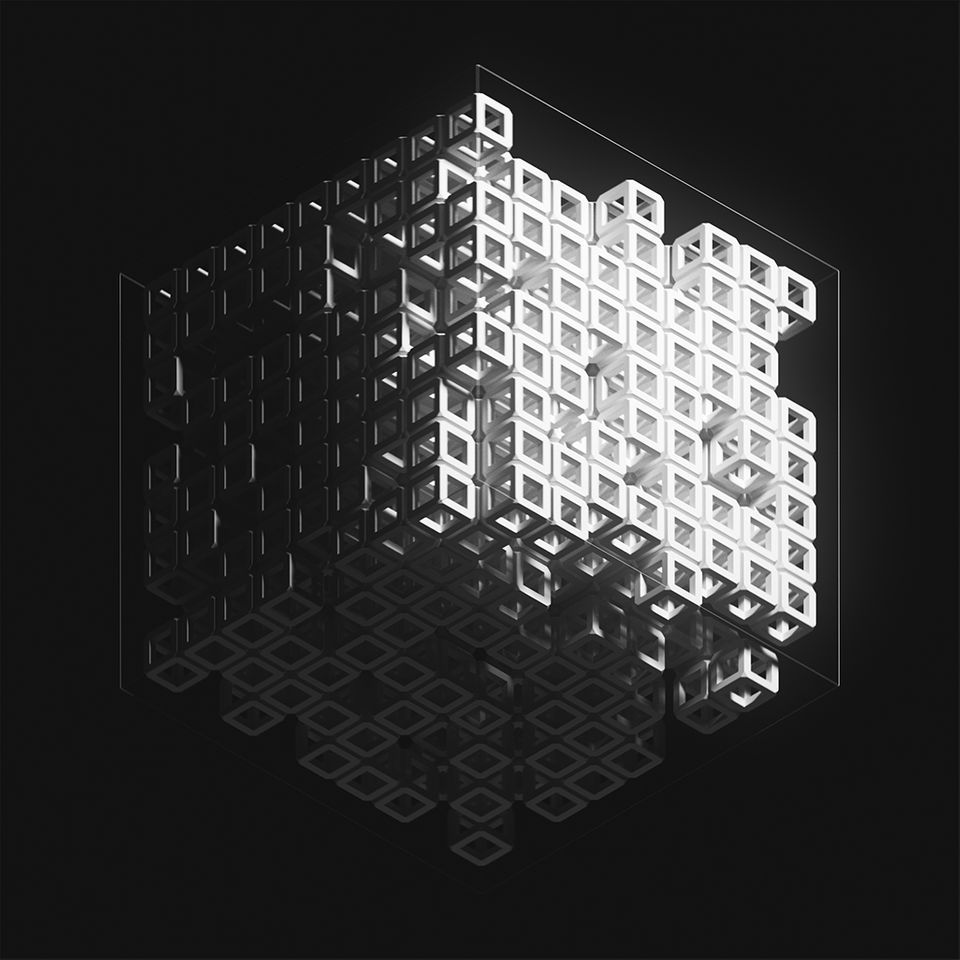 500 cubes from Pak's Fungible collection Courtesy of Sotheby's and Pak

Buy an NFT, get a painting free

The potential of using cryptocurrency to lever the price of analogue works of art has also been spotted by Mintable, a specialist online NFT marketplace. In March, Mintable held what it billed as the “greatest NFT auction ever”, consisting of Abstract Composition (around 1925) by the Russian avant-garde artist Wladimir Baranoff-Rossiné and an accompanying digital certificate to be purchased in Ether.

The choice of a work by Baranoff-Rossiné as the focus of this seven-day hybrid offering might have struck many in the mainstream art world as a bold move. Russian avant-garde art is a sector of the market notorious for the proliferation of fakes, many of which carry bogus provenance and certificates of authentication.

The possibilities of this kind of buy-an-NFT, get-real-art-free (Bangraf) offer are virtually endless, given the $1trn of digital cash looking for something to buy.

If, for instance, Christie’s had offered all of those 3,000 analogue lots it auctioned in January and February with accompanying digital tokens, purchasable in Ether, then maybe they might have sold for $4.8bn, rather than a paltry $48m. Admittedly the blockchain computing of that many NFT transactions would use energy equivalent to the average daily consumption of 6,000 American homes, but it would at least transform the auction house’s Covid-battered turnover figures.

It is surely this kind of combination and confusion of the crypto and analogue that represents the biggest threat to the equilibrium of the wider art economy.

Back in January 1637 in Holland, at the height of tulipmania, a single bulb of the most coveted Semper Augustus flower had an asking price of 10,000 guilders—the cost of a mansion in one of Amsterdam’s smartest districts. The market for the colourful flowers collapsed the following month, leading to prices falling by as much as 90%.

Five years later in Amsterdam, Rembrandt was paid about 1,600 guilders by a company of musketeers, the Kloveniersdoelen, to paint his monumental masterpiece, The Night Watch, now in the Rijksmuseum.

Though plenty of wonderful paintings of flowers were made and sold in Holland in the 17th century, the markets for flowers and art remained distinct. In the 21st century, societies are under enormous economic and cultural pressure to regard digital technology as the solution to everything. To be sure, new technology has brought us enormous benefits, but certain aspects, such as speculation in cryptocurrencies, also bring risk. The Nobel Prize-winning economist Paul Krugman, writing in the New York Times, has called Bitcoin “a bubble wrapped in techno-mysticism inside a cocoon of libertarian ideology”.

Selling tangible works of art in virtual currencies could well end in tears. And they won’t be digital.