Russian museums in crisis: State Hermitage projects losses of almost half its annual revenue after closing for two months Russia’s major museum directors, like their international counterparts, are painting a dire picture of the impact of Covid-19 on cultural institutions. The state institutions are already warning of huge revenue losses by the day and there is a strong impetus to reopen museums as soon as possible, despite the still-high coronavirus infection rate. Meanwhile, projects from high-profile exhibitions and renovations to a boom in museum construction, are all on hold or facing logistical hurdles with the crash of the oil industry exacerbating problems.

Meanwhile, the key state leaders for the culture sector are themselves falling victim to the disease. Russia's culture minister Olga Lyubimova, who said on 20 April that the ministry was working on support measures for museums, has announced that she has coronavirus. Prime Minister Mikhail Mishustin, who had added museums and zoos—which are both overseen by the culture ministry—to a list of hardest hit sectors of the economy on 18 April, told President Vladimir Putin during a video conference at the end of last month that he too has the virus.

A push to reopen

Mikhail Piotrovsky, the director of the State Hermitage Museum, said during an online news conference on Thursday that the museum in St Petersburg would require around two weeks to re-open following the full lifting of restrictions, the Interfax news agency reported. “We are often asked when we will open—we don’t know when,” he said, stressing though that the museum was “was working and is working” to keep facilities in operating order.

A St Petersburg government official overseeing the fight against the pandemic said in a television interview, also on Thursday, that restrictions in the city would be loosened only once the daily infection rate growth does not exceed 2%. It currently stands at 7-8%, she said.

“We will have a big consultation with American, European and Asian museums, and we will discuss the experience of how to open,” said Piotrovsky. “How to avoid crowds, how to regulate entrance, distance in lines. It’s good that some museums will come out of quarantine earlier. We will be able to see how this will be.” He said the situation will also make it possible to introduce timed tickets. 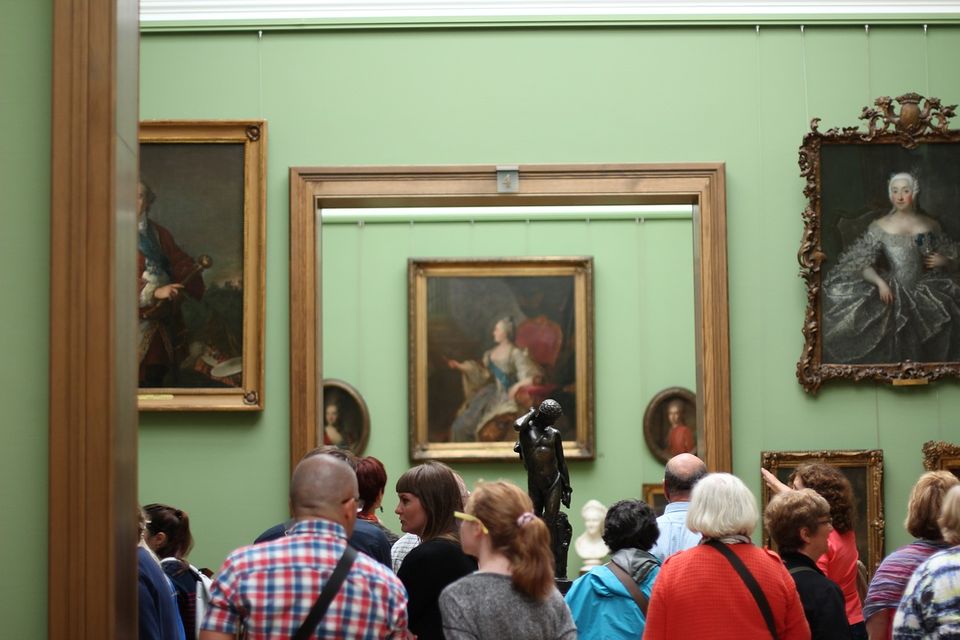 The State Tretyakov Gallery in Moscow

During a news conference on 21 April, Piotrovsky said that the Hermitage—Russia’s largest museum—had already lost nearly half of its annual revenue since shutting down to visitors on 18 March. [On 7 May he clarified that the revenue losses are an overall projection taking into account a visitor drop-off from the start of the year and anticipated shortfalls through 2020. He also said that online content had proven to be unexpectedly expensive to produce.] Just a few months ago the Hermitage and other Petersburg museums, especially Tsarskoe Selo (home to the Catherine Palace’s Amber Room) were criticised for drawing crowds of Chinese tourists who created bottlenecks for Russian visitors.

“I won’t make a precise count, but this is half of the museum’s budget,” said Piotrovsky on 21 April. “The entire available budget of the museum is spent on salaries and ensuring it is functioning, which is very expensive. Right now we are in talks with the government on receiving compensation for this revenue shortfall.” A government decree signed on 8 May allocated over 3.8bn rubles (around $55.5m) in additional funding to the Ministry of Culture, the Hermitage, and the Bolshoi Theatre.

Zelfira Tregulova, the director of the State Tretyakov Gallery, told The Art Newspaper Russia in April that the museum is losing 2.7m rubles (around $37,000) in revenue daily during the lockdown. She expressed tentative hope during an online news conference on 12 May that the Tretyakov would reopen, with restrictions, in July. Marina Loshak, the director of the Pushkin State Museum of Fine Arts told the RIA Novosti news agency in April that her institution’s shortfall is around 2m rubles (around $27,000) daily.

Loshak of the Pushkin Museum says that she remains hopeful that exhibitions and loans will take place as planned, especially of works from the pre-revolutionary collection of the Morozov brothers scheduled for the Fondation Louis Vuitton in Paris in October and then Moscow in June 2021. She adds that construction work on a massive expansion of the Pushkin “will continue at the same pace”.

The Tretyakov might actually benefit from infrastructure work during the crisis. Moscow’s main Covid-19 hospital is located in the new district Kommunarka where a museum collections centre is also being built, which will house the New Tretyakov during its impending Rem Koolhaas-designed reconstruction.

The Garage Museum for Contemporary Culture, the first of Moscow’s major museums to shut down when coronavirus hit, had announced last November that it would present plans this spring for the reconstruction of its Hexagon Pavilion in Gorky Park, but a spokeswoman told The Art Newspaper: “Like most museums, Garage is currently closed, so we have no updates regarding any of our offline projects at the moment. We encourage you to visit our constantly updated digital iteration." 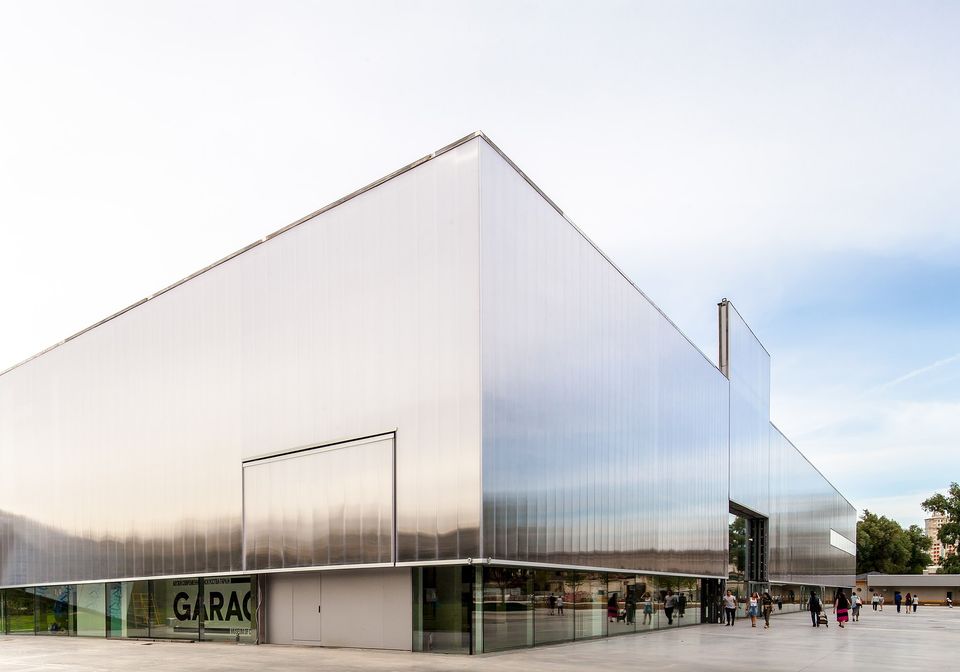 Russia’s oil and gas companies have historically been major museum sponsors, but oil prices have crashed in the wake of a price war between Rosneft, the country’s state oil giant, and Saudi Arabia. A cultural heritage foundation, which was founded in 2018 to carry out President Vladimir Putin’s campaign to build cultural centres around the country, is funded by oil and gas money. Planned museum locations include Vladivostok, on the Pacific coast, and Sevastopol, Crimea, the Black Sea peninsula that Russia annexed from Ukraine in 2014. The State Tretyakov Gallery in Moscow, the State Hermitage Museum, and the Bolshoi and Mariinsky theatres are listed as co-founders of the National Cultural Heritage Foundation.

Putin said in January 2019 at a meeting in Kaliningrad, where one centre is being built, that the new museums are being financed by “our oil and gas revenues stored away in a separate piggy bank”. He named Rosneftegaz, a secretive state holding company with stakes in Rosneft and Gazprom, a St Petersberg-based energy company.

In March, local media reported that hundreds of workers building a performing arts campus for the Vladivostok area had gone on strike, saying they had not been paid their full salary by the project’s contractor, Stroytransgaz. The construction company is controlled by Gennady TImchenko, a businessman with close ties to Putin.

A local official said that recruitment agencies had misinformed construction workers about terms. Natalia Volynskaya, director of the foundation, described it as a dispute over bonuses. A post on the foundation’s website in March said work had resumed and a construction target would be met in September 2020.

This article was updated to reflect the director of the State Hermitage Museum Mikhail Piotrovsky's clarification that the revenue losses are an overall projection.