As people pay eye-watering crypto-sums for digital art, many see losses as well as gains in this brave new intangible world 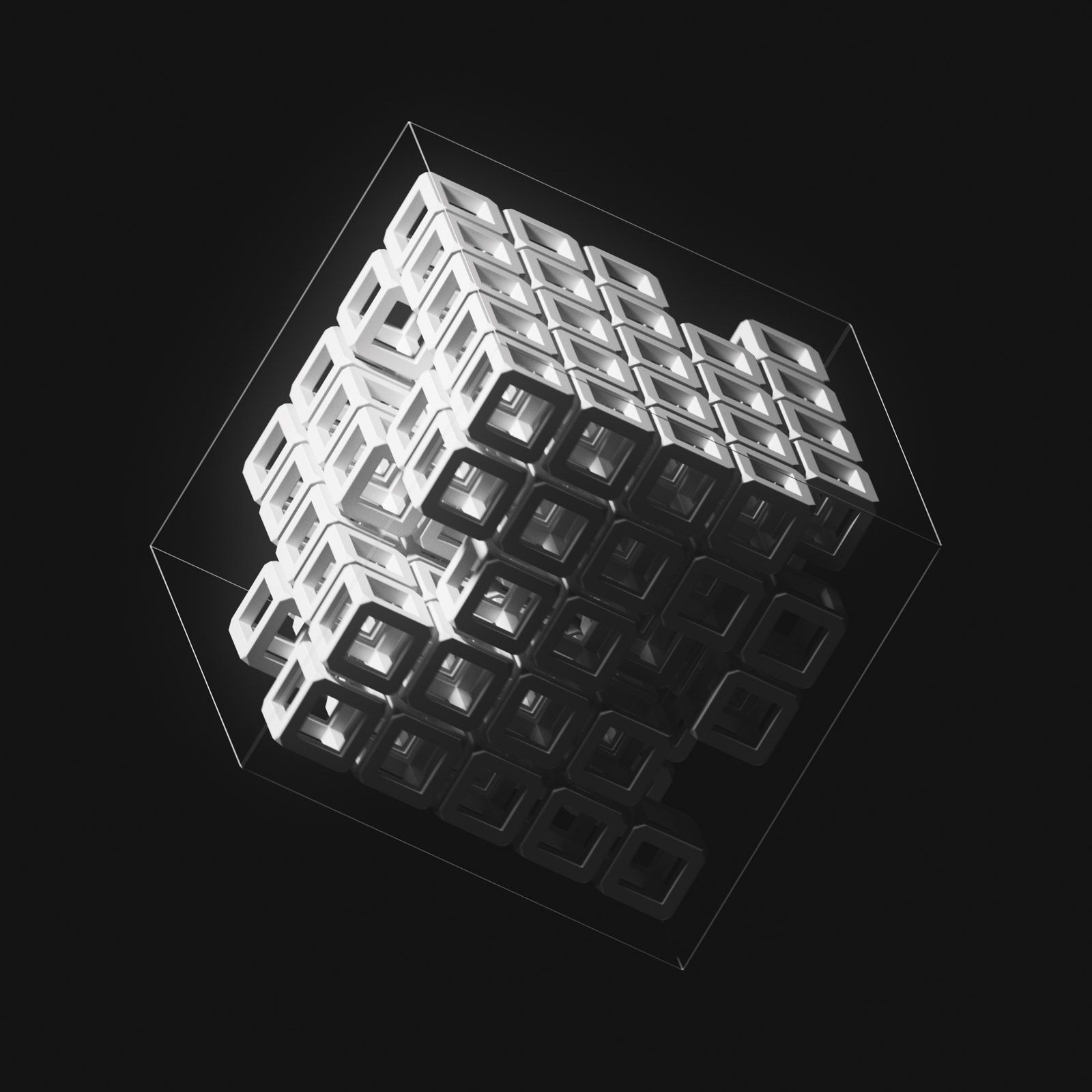 Digital artist Pak’s Fungible Collection of 6,150 NFTs, sold for $16.8m by Sotheby’s and Nifty Gateway Courtesy of Sotheby’s and Pak

Figures like $60bn of global sales, $450m for a painting at auction, ten million museum visitors per year and 90,000 attendees at a fair have all given those involved in the business of making, exhibiting, selling and collecting art a sense of purpose and importance.

But during the pandemic, art sales and attendance figures at museums and fairs—if they happen at all—have slumped. With everyone cooped up indoors, the art economy, with varying degrees of success, has had to digitalise. The general assumption, or hope, is that if and when societies eventually return to normality, the desire for engagement with real, physical art will surge back.

“When times get real, art gets real,” says the critic Waldemar Januszczak during an interview with David Hockney in the 4 April edition of his podcast, Waldy and Bendy’s Adventures in Art. Hockney, whose art was the real deal back in the 1960s, is unimpressed by NFTs (non-fungible tokens), which are all the rage at the moment. “I read about them, but I’m not interested,” Hockney says. The octogenarian artist calls NFTs “ICS—International Crooks and Swindlers”.

Global creativity is about to be financed and celebrated to a degree that’s going to make the first renaissance feel like a blip in the history book Jack Conte, chief executive, Patreon

But what, exactly, will be the new reality? When it does eventually swim round to the other side of its goldfish bowl, analogue-minded art worlders will be looking across a radically changed room. The current craze for NFTs has shown that experiencing art is becoming less about looking at—and owning—pictures and objects.

“I believe the second renaissance is here,” says Jack Conte, the chief executive of the online creator funding platform Patreon, in a recent video. “Creators are building these huge kick-ass businesses that are making millions of dollars a year,” Conte adds. “Global creativity is about to be financed and celebrated to a degree that’s going to make the first renaissance feel like a blip in the history book.”

When tech entrepreneurs like Conte talk about a second renaissance (and they talk about it a lot), they are not talking about a 21st-century Dürer or Montaigne, they are talking about successful businesses that make a lot of money. Similarly, an innovative blend of technology, marketing and finance, rather than any kind of mould-breaking artistic content, is what distinguishes successful NFTs.

Take the bewilderingly complicated multi-edition Fungible Collection of 6,150 NFTs of animated black-and-white cubes by the digital artist Pak, sold last month for $16.8m by Sotheby’s in collaboration with Nifty Gateway. The “Equilibrium” set of four “reserved” NFTs includes one as a reward to whoever pays the highest price in the secondary market for a Pak work.

Pak’s project, Sotheby’s says, “scrutinises our understanding of value”—just like Damien Hirst’s forthcoming 10,000-NFT Currency Project, pegged to 10,000 spot paintings, “challenges the concept of value through money and art”, as Hirst puts it. But rather than “scrutinising” or “challenging” , both ventures are encouraging speculators to use art as an online gambling chip.

“What NFTs have done is create a structure around which people can trade digital art,” says Ed Dolman, the chief executive of Phillips, which at the time of writing had a jammed $2.4m bid for Replicator, a self-copying multiple NFT by Mad Dog Jones, the first such token offered by Phillips. “Vast amounts of wealth are being created at a very young age by people and we’re seeing them coming to the market,” Dolman adds. “They aren’t so influenced by the art history of the 19th century. They’re much more interested in what’s happening around them and what’s made them richI can see digital art coming more into the mainstream.”

Right on cue, following on from its astounding $69.3m sale of a Beeple NFT, Christie’s will be including nine CryptoPunks in its major New York contemporary art evening sale this month. If CryptoKitties are the Cimabue of 21st-century NFT art history, CryptoPunks are its Giotto, at least financially. Mostly given away for free in 2017, this cohort of 10,000 algorithm-generated characters has since turned over more than $230m of sales in the Ether cryptocurrency.

The mainstream art world is now in a curious position. Its value systems have been built on the long-held belief that art, if it is any good, should be radical and subversive. The avant-garde has become the established culture of museums and commercial galleries, and no one quite knows who, if anyone, is being subverted any more. But now what is left of the analogue avant-garde is itself being subverted by NFTs, a movement that finally gives recognition and earning-power to long-marginalised digital innovators.

“NFTs represent the co-optation of the avant-garde gesture of the pioneers of net art,” says John Zarobell, an associate professor at the University of San Francisco and author of Art and the Global Economy. “All these NFTs are basically the same idea, but decorated differently and the only thing they have in common with original works of art is their uniqueness, and what follows from that is commercial potential.”

Hockney’s “ICS” jibe could be dismissed as curmudgeonly old-fartism, but he is making the serious point that NFT transactions are generally conducted in cryptocurrencies, which are favoured by criminals, terrorists, tax-avoiders and money-launderers.

The US treasury secretary Janet Yellen said in January at a Senate Finance Committee hearing that cryptocurrencies were “a particular concern”, adding that “many are used at least in a transactional sense for illicit financing” and that authorities should “examine ways in which we can curtail their use”.

In February, Elon Musk’s Tesla car company invested $1.5bn in Bitcoin, boosting the price, and credibility, of the volatile cryptocurrency to an all-time high. Crypto investors are also hoping that the endorsement of NFTs by major names in the art world such as Christie’s, Sotheby’s, Phillips and Hirst will do the same for Ethereum. If Bitcoin can have a car wash, why shouldn’t Ether have an art wash?

“I don’t envisage it as anything other than a one-off,” says the former Turner Prize-nominee Mark Titchner, one of ten artists participating in a weekly drop of unique NFTs on SuperRare, in collaboration with Verisart. Titchner’s animated digital poster We only need desire sold for $6,343, underlining how not all artists make a hyper-profitable transition into the world of NFTs.

“I don’t really enjoy conversations about what art is worth,” says Titchner, who is still a believer in the redemptive power of physical works of art. His vibrant poster Please believe these days will pass brought a glimmer of hope to the streets of British cities last year during the gloom of the UK’s first lockdown.

“There’s something ungraspable in art that transcends, something about the sense of loss when one leaves the artwork,” Titchner says, recalling the impact of standing in front of a Francis Bacon triptych. “That’s nothing to do with keeping the market rolling.”

Meanwhile, NFTs continue to keep the market rolling at a speed that hasn’t been seen for a quite a while.

Maybe these dazzlingly ingenious meetings of cryptotechnology and cryptofinance will lead to something that history books will view as a second rebirth of human civilisation. But even if they do, this time round something might also have died along the way.