Unrestricted money from public and private sources is helping to keep hard-hit organisations running, but capital projects could suffer 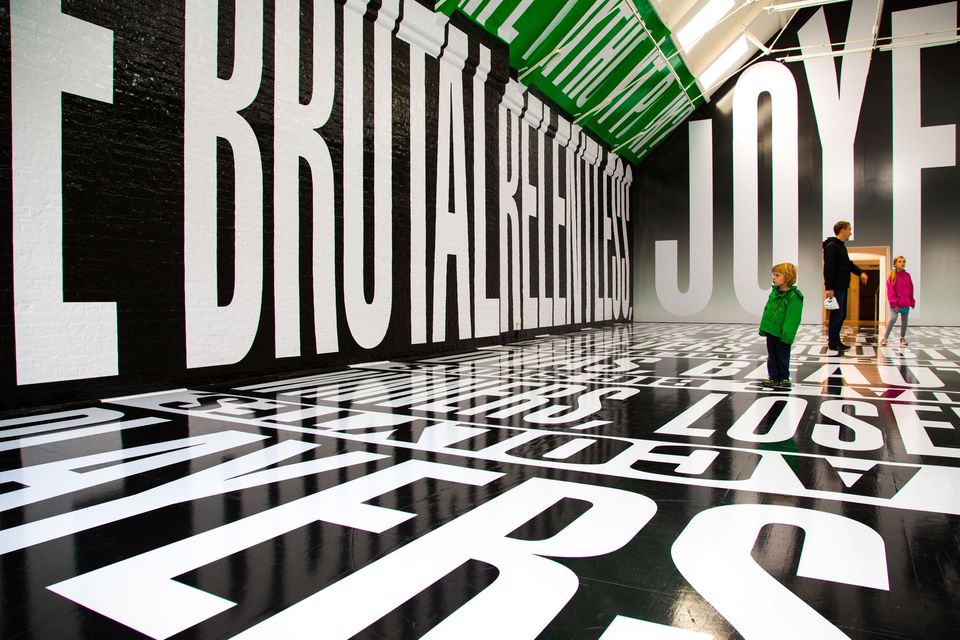 A Barbara Kruger exhibition at Modern Art Oxford, which has had to pause its £2.5m capital campaign for a building refurbishment amid funding uncertainty due to coronavirus Photo: Elly Godfroy/Alamy

As the coronavirus crisis puts UK arts organisations under unprecedented financial pressure, public and private funders are stepping up. Grants and donations traditionally awarded for ambitious capital projects are now being channelled towards urgent, but unflashy, running costs. The switch will help keep the arts afloat, but it also raises questions about the longer-term funding models of cultural institutions. Could this shake-up spell an end to the multi-million-pound museum expansions and revamps of recent decades?

Tristram Hunt, the director of the Victoria and Albert (V&A) Museum in London, observed in a recent online talk that his own conversations with public arts funding bodies and the philanthropic Weston and Sainsbury families have revealed a clear shift in priorities. “They are thinking, ‘how do we move some of our money away from capital funding—new galleries, new projects—in the next year, to support revenue funding?’” Hunt said.

The Wolfson Foundation, one of the UK’s leading independent grant-making bodies, distributed just over £7m in April, its highest ever monthly payout. Before the crisis, the foundation “had pledged capital funding for the vast majority of our museums, galleries and performing arts organisations”, says its chief executive, Paul Ramsbottom. “We converted it all to unrestricted funding.” Although the foundation’s activities have previously been project-based, it is committing a mid-seven-figure sum in continued unrestricted funding for arts organisations into 2021.

UK museums have often funded major projects and capital campaigns with a mixture of public and private support. Day-to-day revenue or core funding has been difficult to obtain, with most funding bodies preferring to give restricted project-based grants. Securing money from public sources such as Arts Council England (ACE) put museums in a much stronger position when approaching private donors, as it signalled confidence in the project.

In the wake of coronavirus, ACE announced a £160m emergency response fund, created from money earmarked for 2020-21 National Lottery project grants and the entirety of its own reserves. As Darren Henley, the chief executive, wrote in a blog post, the fund “will only see us through the immediate future”, inevitably putting the agency’s capital grants programmes at risk in the coming years.

Modern Art Oxford, which receives regular public funding as part of ACE’s national portfolio, and from Oxford City Council, has had to pause a £2.5m capital campaign amid the pandemic. Around £750,000 is already secured towards a building refurbishment and “the major donors have assured us of their commitment,” says Paul Hobson, the gallery’s director. “But their queries are about whether the Arts Council will have sufficient funds [for] or be prioritising capital projects in the future.”

Even near-completed capital projects face an uphill struggle. The National Portrait Gallery in London is due to embark on a £35.5m redevelopment from this summer until spring 2023. Fundraising currently stands at almost £34m, according to a gallery spokeswoman.

Deborah Brice, a prominent UK-based collector and arts patron, has supported numerous cultural institutions, including the National Portrait Gallery and V&A, through the Deborah Loeb Brice Foundation. In the current climate, “the problem is that there are too many requests from institutions chasing the same people, and none of us have enough to help everyone,” she says. “I will continue giving to my preferred causes but will have to be much more careful not to throw more money at certain charities that are sure to go under no matter what.”

Brice points to the difficult decisions that major funders—private and public—are having to make at the moment, with most opting to protect existing investments. For example, the National Lottery Heritage Fund, which is offering unrestricted grants of between £3,000 and £250,000 through its £50m Heritage Emergency Fund, is only considering applications from current or past grant recipients.

Despite such efforts to plug the funding gaps, not all arts organisations will survive the pandemic. Those that do may well suspend any new capital projects in favour of long-term sustainability. In turn, Ramsbottom of the Wolfson Foundation believes that grantmakers could shift permanently towards providing organisations with only core or highly specialised funding.

“2021 will be interesting because some [funders] will say, ‘if we [provided unrestricted grants] in a crisis, then why should we revert to type?’” he says. “But in the end, we will be driven by what the organisations we work with tell us.”