The art market is more neoliberal factory farm than finely balanced ecosystem: now is the time to 'rewild' it

The Covid-19 crisis presents an opportunity for artists to reclaim power from the institutions that buy, sell and show their work 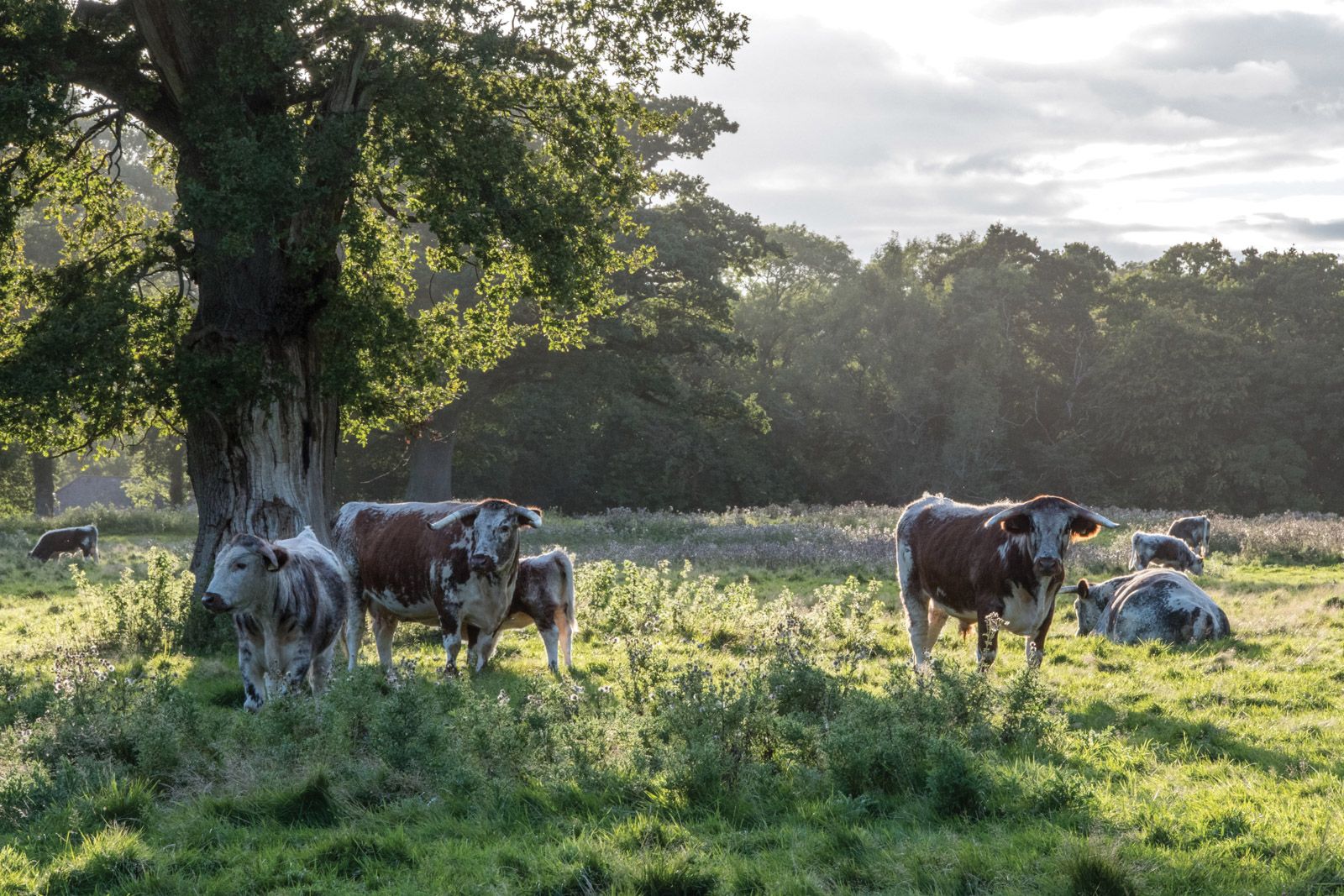 The Knepp estate pioneered rewilding; its principles could be applied to the art market © Knepp Wildland

These are days of scant good news. But if you are in need of a glimpse of positivity, then perhaps best turn to nature. In July, for example, the Guardian reported on ambitious plans by three farmers to persuade local stakeholders to rewild as much as 250,000 hectares of East Anglia, in order to restore soil health and reintroduce species such as the lynx into a “wilder, wetter, woodier” landscape.

We have yet to learn what Fenland farmers who supply potatoes to Tesco think about this. Yet rewilding, pioneered by the Knepp estate in Sussex back in 2001, is an increasingly recognised way of regenerating exhausted ecosystems, at least in the UK.

But why restrict this regenerative way of thinking to agriculture? The term “ecosystem” is now routinely used to describe the delicate interdependencies of the art world. Yet, thanks to the forces of 21st-century neoliberal capitalism, that world now looks more like a factory farm than a finely balanced biosphere.

Take art education. Fees for a BA in Fine Art at Goldsmiths College in London are £9,250 a year for home students, rising to £22,950 if you are from overseas. Art colleges have become a bottom-line “edubusiness”. But high fees and fine art’s perceived status as a “low-value”, indulgent degree have seen them become enclaves of the privileged. In the UK these colleges are heavily reliant on a cash crop of affluent overseas students but now, with Covid-19 travel restrictions, the sustainability of that model has been thrown into doubt.

“Arts education has undergone massive shifts over the last 20 years. Universities have become like private entities. It’s all about endless growth and accumulation,” says Kevin Biderman, a tutor in art, critical and historical studies at the Royal College of Art (RCA), London, who was one of the many UK lecturers on strike in March, protesting about universities’ gruelling cost-efficient teaching regimes.

A big upheaval needs to happen to change the toxic environment that is the art world Mieke Marple, artist and writer

Only a tiny proportion of art school graduates ever make a living out of making art. Gallery representation is key to commercial success, but generally only achieved if an artist’s work has already found favour with non-profit patrons such as, for example in the UK, Arts Council England, the Jerwood Foundation or Bloomberg New Contemporaries. Any attempt to sell work independently compromises “seriousness” (and the financial dominance of the gallery system).

Even then if an artist is lucky enough to secure representation from a major gallery, a whole new set of intensive business practices kicks in and they must produce enough work to oil the revolving door of exhibitions, fairs and private sales. Speculators flip pieces at auction for multiples of gallery prices, overheating an artist’s market before, more often than not, it cools and yet another once-fashionable name becomes yesterday’s taste.

Artists dream of making it into the top ten, but that just keeps them compliant in the system

“I could see the way artists would become really hot, then their work would suddenly become valueless,” says Mieke Marple, a California-based painter and writer, who was co-founder of the Night Gallery in Los Angeles, one of the taste-making galleries that flourished during the speculative heyday of Zombie Formalist abstraction in the early 2010s.

“Auctions have the power to determine your value as an artist,” Marple says. “Artists dream of making it into the top ten, but that just keeps them compliant in the system. Artists have become like housewives in the 1950s: stay at home, make art and don’t worry about it. To make a living as an artist, you have to make big, colourful paintings that are bought by wealthy old men,” Marple adds, noting that a “big upheaval needs to happen to change the toxic environment that is the art world”.

But with global megabrands such as Sotheby’s and Christie’s, Gagosian and Hauser & Wirth, “Big Art”, like Big Tech and Big Agri, remains a monolithic system whose commercial dominance, if anything, could increase during the Covid-19 crisis.

“One problem is that the media tend to concentrate on the big institutions. But that isn’t what culture is all about. It’s also about home-made art and the stuff on the streets,” says John Holden, the author of a 2015 report, The Ecology of Culture, commissioned by the UK’s Arts and Humanities Research Council. “Small interventions can make a huge difference.” 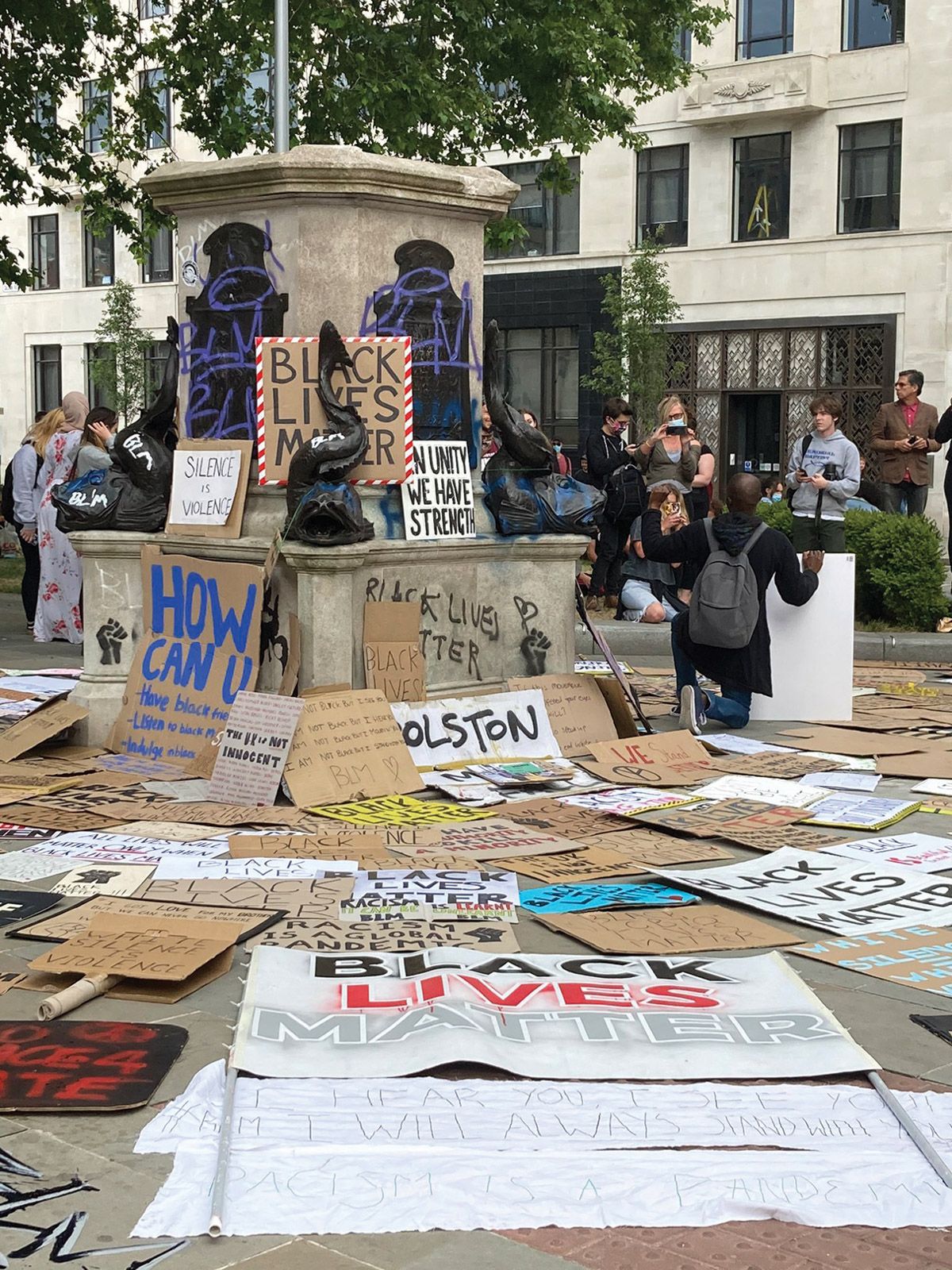 The plinth that held the statue of slave trader Edward Colston, which was pulled down in June © Caitlin Hobbs

In June, protesters at a Black Lives Matter rally in Bristol pulled down a much-reviled statue of the 17th-century slave trader Edward Colston and dumped it in the city’s harbour, leaving an empty, placard-strewn plinth behind.

“Pulling down a statue is a cultural phenomenon,” Holden says. It is arguably also an act of cultural rewilding, although, as Holden points out, one of the key conditions of rewilding is to create the conditions for new life to flourish, “then leave it alone and see what happens”.

But Big Art abhors a vacuum. It did not take long for the erstwhile YBA star Marc Quinn and his studio to opportunistically fill the plinth with a life-sized resin statue of local protester Jen Reid raising her fist in Black Power salute.

“The public realm feels so vital at the moment, as a space to activate ideas and create change,” the London-based artist said in a statement, seemingly unaware that the sudden appearance on the plinth of a sculpture that looked as if it had been 3-D printed for an international art fair represented an act of appropriation by the cultural status quo.

Quinn’s sculpture was promptly removed by Bristol City Council. Marvin Rees, the city’s mayor, has promised the future of the plinth will be decided democratically by the people of Bristol. He did add, however, that leaving it empty would be a “powerful statement”.

Cities such as Bristol, London and New York are being transformed by the pandemic, full of closed offices, shops and restaurants, many of which will probably never reopen. Could a new, less controlled kind of art grow out of such dereliction?

The London-based photographers Julie Henry and Debbie Bragg, known as Henry/Bragg, showed the way this summer with Absence of Evidence, a haunting collaborative project in which former sex workers in Hull honoured 14 colleagues who had died. The images and words, made by Henry/Bragg’s co-participants in the dangerous locations where they had had to work in 2017 while their spruced-up town was the UK’s City of Culture, were displayed on the streets of Hull and London on billboards, bus shelters and hand-held placards.

“Putting [art] on the streets is more democratic. It helps to get a public discourse going and widens the conversation,” Henry says. “While it’s nice to have art displayed in a fancy gallery and to have the respect of your peers, it’s definitely not what motivates us.”

Young artists, struggling to build a reputation that might get them noticed by a gallery, are also beginning to realise that Covid-blighted streets could be an alternative showcase.

“Street art is the only way to do something undercover without depending on anyone,” says Vasiliki Antonopoulou, a 2018 RCA moving image graduate based in London. “It’s open access, and outside is the only safe space for art anyway,” she says, referring to social-distancing protocols put in place due to the pandemic.

It could be an efflorescence of billboard art in Liverpool, graffiti in Birmingham, a crop of pop-up shows in derelict offices in Croydon, South London (which, with collaborative complexes of affordable spaces such as Turf Projects and Conditions, is developing into a serious out-of-central-London art hub), or a new kind of environmental art in the lynx-stalked fens of East Anglia.

Who knows where—or even if—such moments of cultural rewilding are going to happen. But until then, today’s Big Art factory will continue to supply us with the art it thinks we deserve.