A Renaissance masterpiece is unveiled, but its mystery remains unsolved 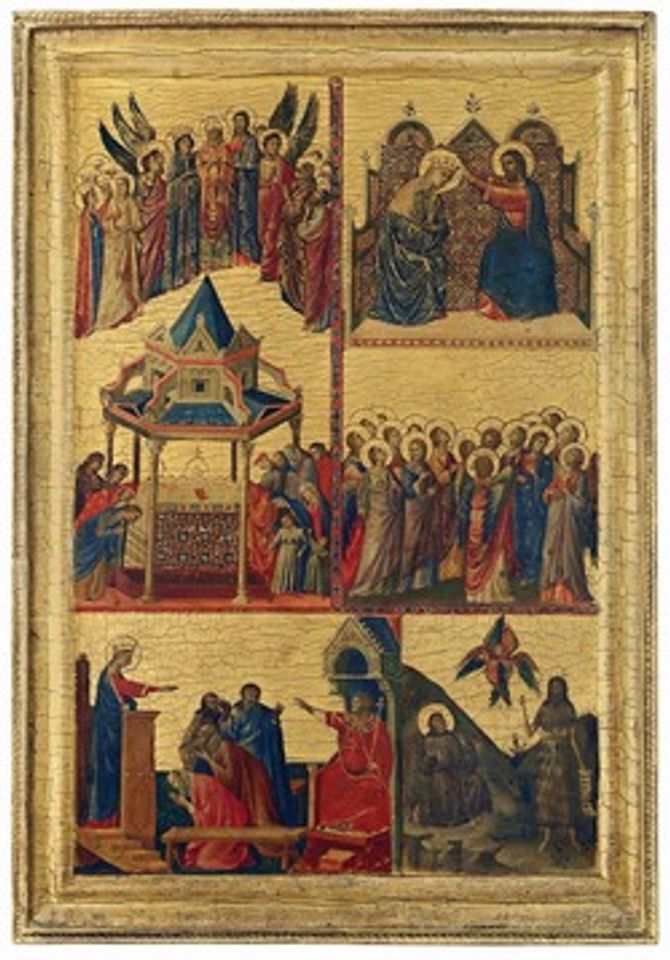 Giovanni da Rimini, Scenes from the Lives of the Virgin and other Saints (around 1300-1305) (© The National Gallery, London) 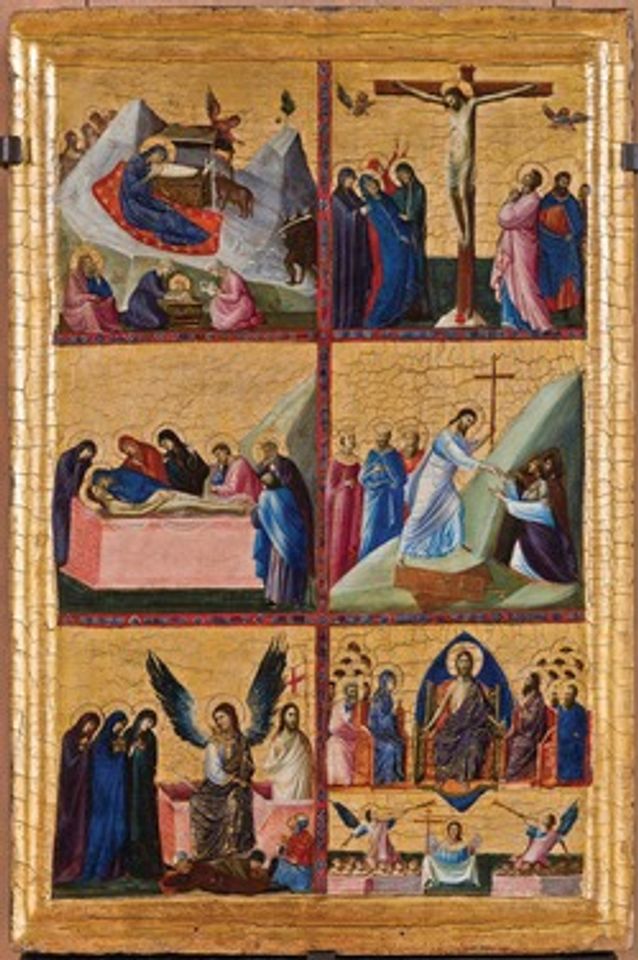 Giovanni da Rimini’s small and exquisite panel painting Scenes from the Lives of the Virgin and Other Saints was painted between 1300 and 1305 in the wealthy Adriatic port city that is now attached to his name. The scene depicts a variety of narratives, including the coronation of the virgin, Saint Catherine preaching to pagan philosophers and—most importantly, at the top left—the ascension to heaven of Saint John the Evangelist, until recently believed to be Saint Augustine.

The big question is whether the work is one half of a diptych, the other part of which now belongs to the Palazzo Barberini in Rome. Both panels are included in an exhibition opening this month at the National Gallery, yet X-ray research done on the occasion of the show presents no evidence that they were one work. Still, the show’s curator, Anna Koopstra, says there is evidence that would fit with the diptych theory, such as decorative motifs painted on the backs of the works.

The small show of ten works also presents more context for the mystery: one additional painting by Giovanni and five works by other artists who worked in Rimini in the 14th century, including Giotto. Two Byzantine ivory panels from the tenth and 12th centuries in the show will demonstrate influence from the east. These works pre-date the “dense detail” of Giovanni’s paintings, Koopstra says.

Originally appeared in The Art Newspaper as 'A Renaissance masterpiece is unveiled, but its mystery remains unsolved'