From Rico Gatson’s mystical investigation of Blackness to Audrey B. Heckler’s prolific collection of Outsider art

Rico Gatson works across painting, sculpture, video and collage, often using abstraction as a means to explore the Black experience in America. In his show at Miles McEnery, he demonstrates how he has been able to use the same visual lexicon developed in works past to investigate Blackness in its relationship to the mystical, opening doors to see how one experience may bleed into the next. At what point does a struggle transcend the corporeal? And how are beauty and innovation possible in the midst of it all? The show’s paintings are done in acrylic on wooden, door-sized panels, and some paintings, like Untitled (Rainbow) (all works 2020), probe this metaphor of the threshold even further. Untitled (Ghosts After Albert Ayler) uses abstraction to explore how the titular jazz musician pushed sonic boundaries to their outermost extremes, with combating upright and inverted geometry that allude to the poignancy of conflicting desires—Ayler pushed beauty to its extremes, then took his own life. Also on view are a half dozen works on paper from Gatson’s ongoing Icons series, which collage images of historic Black figures amidst the artist’s sunburst-like rays. —Wallace Ludel

Aquavella Galleries presents Tom Sachs’s first ever exhibition to focus exclusively on paintings, and though not his trademark medium, the canvases feel largely in-step with his larger body of work. Their draftsmanship recalls a similar touch of the DIY aesthete, and the questions they pose—conundrums around consumerism, humour, and the tragicomic fallibility of the ego—are ones that undergird the artist's oeuvre. The paintings’ central focus is brands and logos, which collectively run the gamut from the mundane—a haphazard depiction of the McDonald’s golden arches—to the absurd—a bowl of Krusty the Clown’s Krusty-O’s cereal (from The Simpsons), replete with screws, worms, and dirt—to the mundanely absurd, or perhaps the absurdly mundane—the American flag. Cleverly, the paintings at once elevate and diminish their subjects, intentionally drudging it all into the realm of bathos. As Krusty the Clown often said, “It’s not just good, it’s good enough!” —Wallace Ludel

Preceding the American Folk Art Museum’s 60th anniversary celebration in 2021, this exhibition displays an abridged collection of the more than 500 works donated to the museum earlier this year as part of its gifts-of-art campaign by the American philanthropist and prolific Outsider art collector Audrey B. Heckler. An esteemed trustee of the museum, Heckler discovered her passion for the genre after visiting the 1993 Outsider Art Fair in Manhattan. The show marks the first show in a permanent gallery named in Heckler’s honour, recognising her significant contributions to the museum and Outsider art scholarship. The show includes important works by seminal artists of the genre like Martín Ramírez, Barbus Müller and the late Black artist Minnie Evans, whose signature kaleidoscopic foliate paintings of plant and animal forms surrounding human faces or eyes aimed to evoke the presence of God and serve as windows to the soul. “I love these artworks and have collected them with care,” Heckler said in a statement. “I want them to stay together and to be a part of a place I deeply cherish, so that they can be enjoyed by visitors, scholars, and artists for years to come.”—Gabriella Angeleti 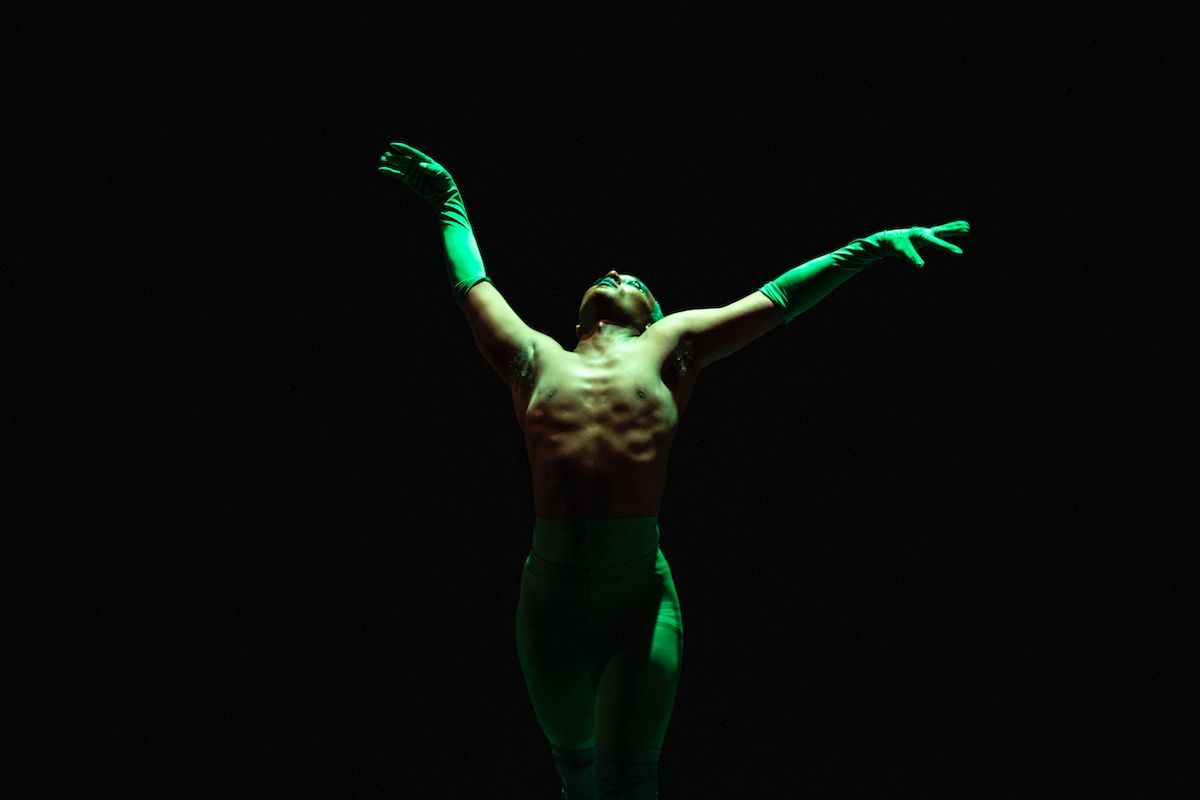 Until 31 December in Times Square and until 1 February 2021 at the Leslie-Lohman Museum of Art, 26 Wooster Street, Manhattan

This week, the multi-disciplinary US artist Rashaad Newsome will present the New York premiere of Black Magic, a transgressive installation work and live dance performance that celebrates Black liberation movements and visual traditions of the Black diasporia. The work—which premiered in the form of an installation in the Leslie-Lohman Museum on World Aids Day on 1 December, drawing parallels between the Black Lives Matter movement and the disproportionate rate at which the Aids epidemic affected Black Americans—includes footage from live vogue performances coordinated by the artist in 2019. The projects kicks off with a (socially distanced) live performance on 10 December at Duffy Square between 46th and 47th Streets, and will be on view throughout the month in Times Square as part of Times Square Art’s Midnight Moment, a year-long programme of digital exhibitions synchronised on 72 electronic billboards from 11:57 to midnight. The project will culminate next year as a full-length film that will be available to stream on the museum’s website. — Gabriella Angeleti

The British-Nigerian artist Yinka Shonibare is debuting four new sculptures in this solo exhibition. Each is an example of the artist’s signature style in its prime—all four figures imply a powerful narrative, and each is cloaked in a Victorian-era garment sewn from the colourful Dutch wax-printed fabrics that Shonibare is known for. As their titles imply, the four sculptures—titled Earth Kid (Boy), Fire Kid (Girl), Air Kid (Boy) and Water Kid (Girl) (all works 2020)—stand in for the elements and together weave a tale that links colonialism to man’s disharmonious relationship to nature. Each fiberglass sculpture has a globe for a head and engages in its titular element in some fashion; Fire Kid (Girl) shows a young figure perched against a scorched tree, reading a book, while in Air Kid (Boy) a child steadies his umbrella to brace himself against the wind. Cumulatively, the works pose questions not only of humanity’s cruel history of dominion over one another, but also of our naive attempts to dominate the natural world. The works, however, find hope in their dynamism; Fire Kid’s book teaches her how to avoid future disaster, and Air Kid’s only chance of forward movement is to find symbiosis with the wind. Harmony is possible, though it’s not always achieved through passive means. — Wallace Ludel

As a bleak year comes to a close, with Covid-19 cases once again spiking across the US, Tina Kim Gallery has launched the second iteration of its Art Without Borders exhibition, an initiative first organised in May to benefit the French humanitarian organisation Médecins Sans Frontières (Doctors Without Borders). The group show includes various prints priced at $100 that have been donated by international artists like Ghada Amer and Davide Balliano, with all proceeds slated to benefit the organisation, which since the outbreak of the pandemic has provided critical physical and mental support for Covid-19 patients as well as infection control training for medical practitioners. “We have been overwhelmed with support from our community and artists for this campaign,” says a spokeswoman for the gallery. “I’m excited to say we have raised nearly ¾ of our goal of $100,000. If this support continues, we are on track to surpass that.” — Gabriella Angeleti