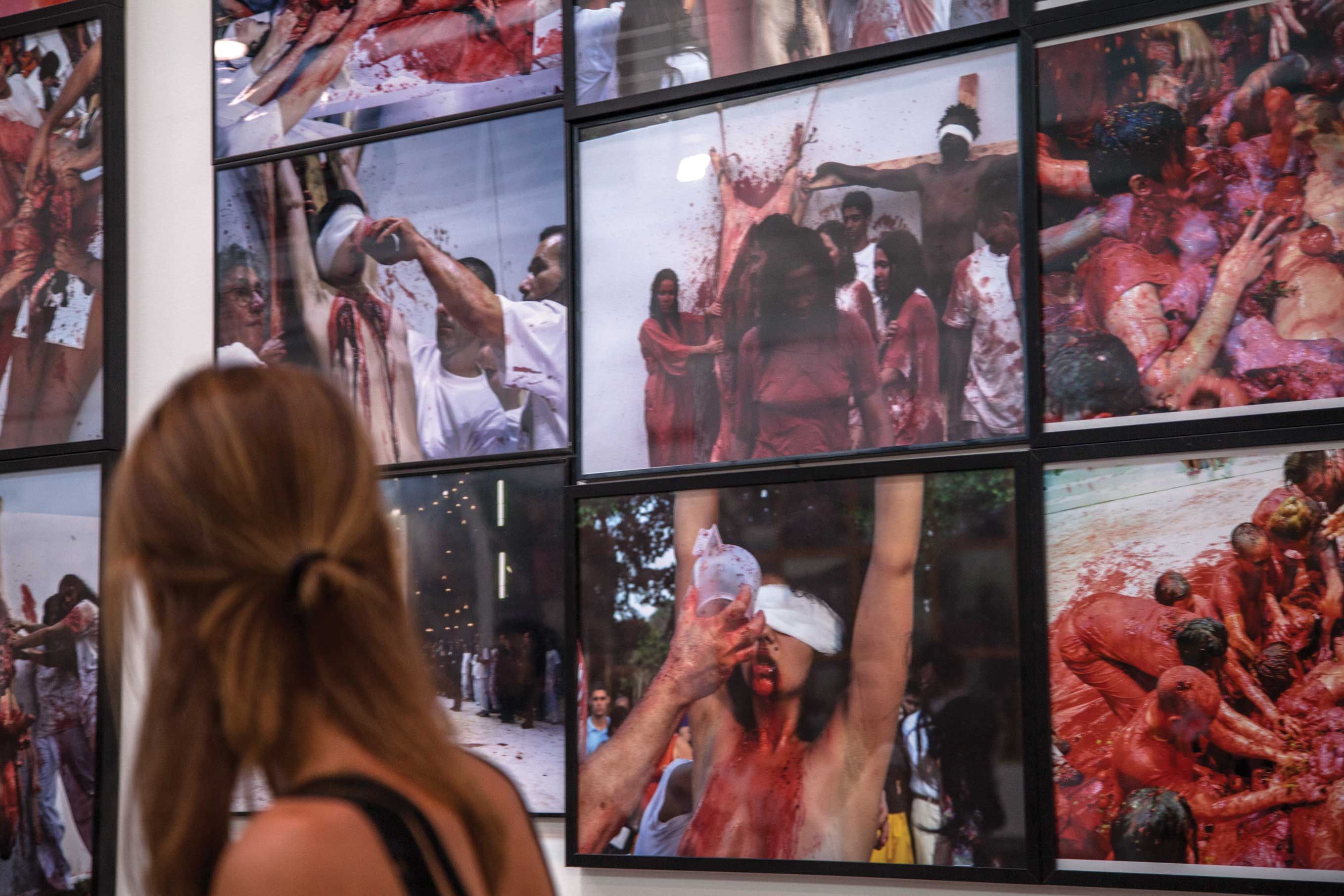 US museums, art his­tory departments and artists have joined together to fight a federal law which makes it illegal to sell depictions of cruelty to animals, arguing in the Supreme Court that it is unconstitutional.

Although the law is ten years old, the first prosecution—of Robert Stevens, a Virginia man who sold videos of fighting pit bull terriers—was in 2004. He was sentenced to 37 months in prison, but the case has dragged through a series of appeals. The cultural lobby fears that if the Supreme Court upholds the conviction, the law could render works by artists such as Adel Abdessemed and Hermann Nitsch illegal. In April, the Supreme Court decided to review the federal law. The first hearing will be next month, starting on 6 October.

In July, the College Art Association (CAA) jointly filed a friend-of-the-court brief with the National Coalition Against Censorship (NCAC). The CAA and NCAC are arguing that the law, Section 48 of Title 18 of the US Code, extends far beyond its intent, criminalising “any” depiction for commercial gain which shows an animal being wounded or killed in violation of state or federal law, such as the killing of protected animals, or hunting out of season.

The disputed pit bull videos were commercial products, and not art, but the work of contemporary artists such as Abdes­semed and Nitsch, depicting violence to animals, could “run afoul” of the law, the CAA says. It cites as examples “the disembowelling of lambs” in Nitsch’s crucifixion-like productions, and Abdessemed’s controversial video Don’t Trust Me, which shows livestock being slaughtered with sledgehammers in rural Mexico.

Meanwhile, animal rights groups and 26 states have filed or joined briefs in support of the 1999 law, which makes it a crime to create, sell or possess depictions of animal cruelty with the intent to sell them in interstate commerce. “No one disputes that the government may penalise acts of animal cruelty,” the NCAC and CAA say. “But that does not mean that the government may also penalise speech about or images of animal cruelty.” However, it is believed that Congress does want to stop sales of “crush videos”, which depict women torturing animals with their high-heeled or bare feet.

The current law exempts depictions of animal cruelty which have “serious” value of specified types, including serious “artistic” value. But because the law does not define “serious value”, says the CAA, local prosecutors and juries will use their own “subjective, ad hoc assessments” of whether a particular questioned image has enough “value” to merit First Amendment protection.

The government argues the law should be upheld because the “serious value” exception already protects works which advance “the exposition of ideas”. But prosecutors and juries are ill-suited to determine “serious value”, the CAA says, noting that in the history of conceptual and avant-garde art, the general public has often scorned work that was “later deemed to be ground-breaking and influential”, including Duchamp’s Fountain urinal, 1917, and works by Warhol, Lichtenstein and Brancusi. Work by contemporary artists such as Abdessemed and Nitsch, and the pigs tattooed by Wim Delvoye, are “no more likely to be immediately appreciated than that of Duchamp or Warhol”, the CAA says.

The CAA cites the hostile response of animal rights groups to the Abdessemed exhibit in San Francisco to argue that Section 48 invites unconstitutional “viewpoint discrimination” which could be used to punish the expression of unpopular ideas. A museum or gallery displaying Abdessemed’s work “could easily have been convicted under Section 48”, the CAA says.

The CAA’s membership incorporates over 2,000 institutions, including museums and university art and art history departments, and over 14,000 artists, art historians, art curators and visual art professionals.