Meanwhile, a new show organised by the mysterious artist proves to be a blockbuster 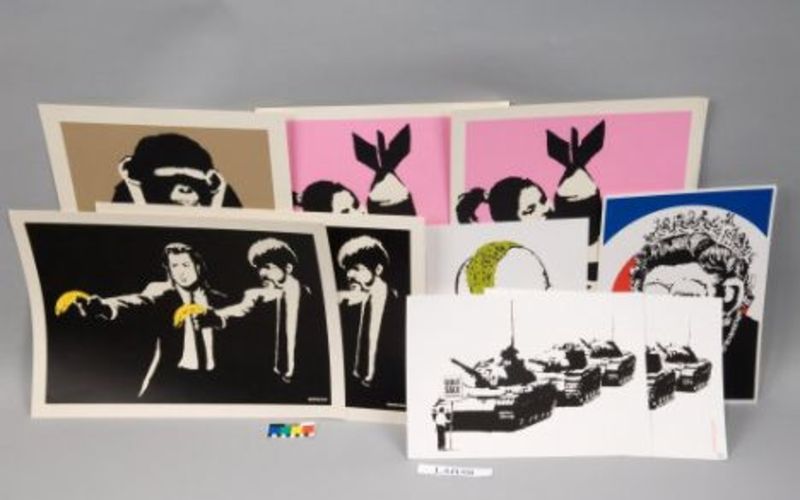 Banksy, the graffiti artist who has evaded arrest for his illegal street art for more than a decade, completed his journey into the mainstream in June, with the opening of a museum exhibition of his work and the prosecution of three people arrested in a police “sting” operation against fake Banksy prints.

Grant Howard, 43, and Vesna Grandes-Howard, 32, of South Croydon, and Lee Parker, 44, of Eastbourne were charged on 18 June with a range of money laundering and fraud offences related to the manufacture and sale of fraudulent limited edition Banksy screen prints and clothing by Vivienne Westwood and Malcolm McLaren.

The sting, organised by the Metropolitan Police’s art and antiques unit, involved Keith Sekree, a collector and art insurance broker who was offered a c, 2003, print via the Banksy Forum website.

Meanwhile, Banksy’s home-city of Bristol celebrated him with an exhibition organised in great secrecy at the city museum, which opened to record crowds on 12 June. The museum’s director, Kate Brindley, said the show was attracting up to 6,000 people a day—a massive boost for a museum accustomed to 1,500 or so. The show is free, but the museum expects to benefit from increased traffic in the shop and café.

All 100 works exhibited are for sale, and The Art Newspaper understands that a work showing a riot policeman on a child’s rocking horse sold for £140,000. Ms Brindley said the museum would not get a cut of the proceeds, but it was “usual practice” for living artists to sell work shown in public galleries.