Eli Broad speaks about how he cultivates culture in Southern California 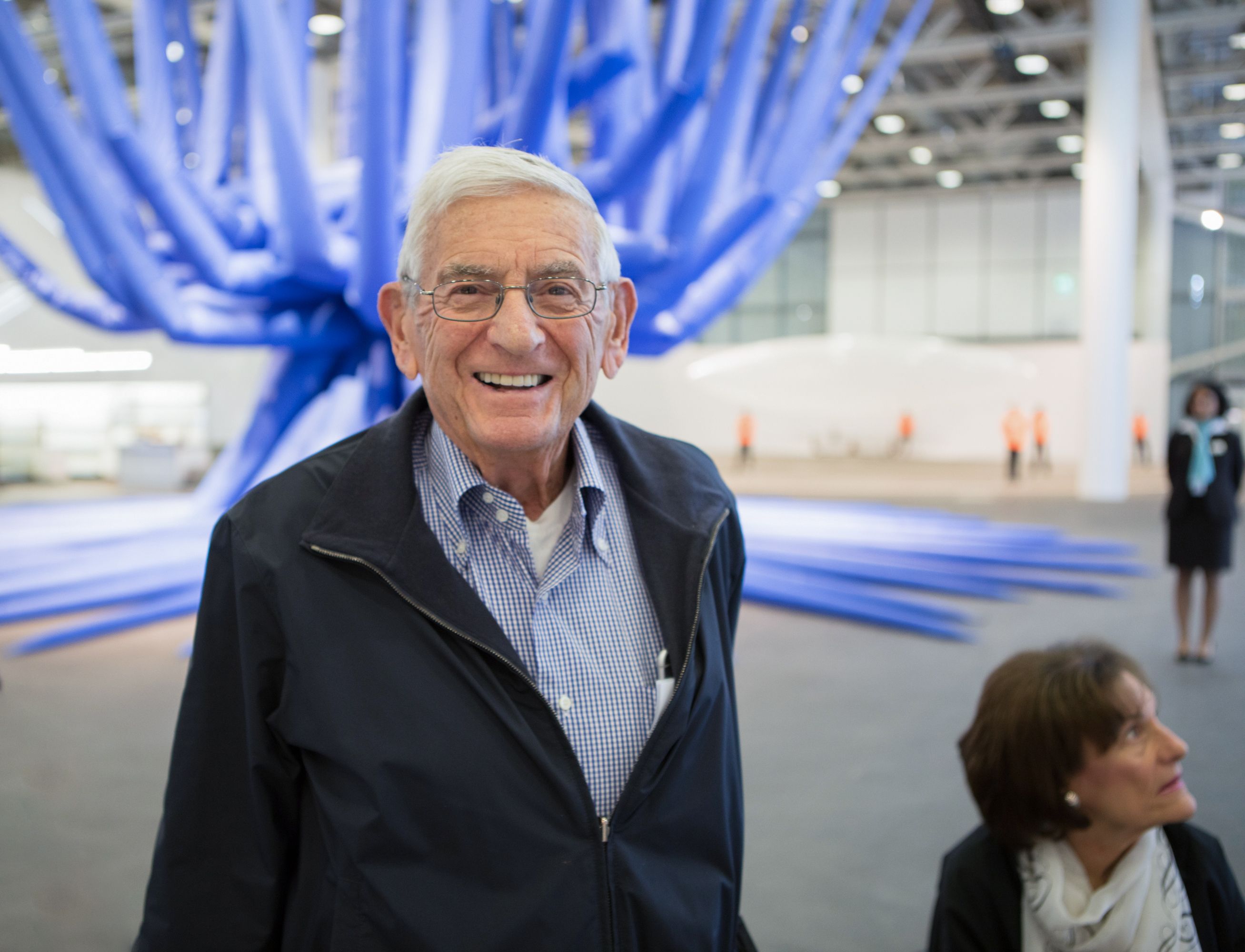 Since Norton Simon’s death in 1993, Los Angeles has lacked a collector with Simon’s killer instinct for getting what he wanted, at his price, even if it meant making a string of enemies in the process. In Eli Broad’s view, that’s not altogether bad. “The difference here, for Los Angeles vs. the old cities, whether it’s New York, Paris, London, is that we’re growing up. And as you’re growing up, you’ve got a lot of younger people who are entrepreneurial, who are first generation wealth, who have made the money themselves, who are more hands-on. They’re less institutionally involved. That’s what you had with Norton Simon.”

On generational differences, Mr Broad speaks with some authority. He made fortunes building houses for the “baby boom” population in American suburbs. Most recently he’s done it again in creating investment funds for their retirement.

Mr Broad may still be this generation’s answer to Norton Simon: a restless art collector, but more of a conventional philanthropist than a slash-and-burn buyer. He started collecting in the 1970s, first buying a Van Gogh drawing at Sotheby’s for $90,000. “We don’t sell things, but I did trade the work in for a Rauschenberg Red Painting. We also had a Modigliani Caryatid, but we’ve moved up in time. The earliest work we have now is a Matisse from 1923—an ink drawing of an odalisque,” he said. Mr Broad is also not above resorting to Simonesque techniques when buying. In 1994, he used his American Express card to buy a Lichtenstein painting for $2.5 million, thereby earning 2.5 million frequent flyer miles. The miles went to a students’ travel fund.

Mr Broad, always ranked near the top in listings of contemporary collectors, now presides over three collections, none of which contains art more than a century old, The first is a personal collection in a vast concrete Brentwood house whose original architect was Frank Gehry (Johns, Mirò, Calder, and a 55-tonne lawn ornament by Richard Serra). The second is the collection of the Eli Broad Foundation (Jeff Koons poodle upstairs, Cindy Sherman and others in the basement) in Santa Monica, and the third is the SunAmerica corporate collection of southern California artists atop the firm’s Century City skyscraper. This is not your average corporate collection, visitors learn as soon as they see the Nancy Rubin installation crowning the staircase down from the forty-sixth floor. “If one is an aggressive entrepreneur, one’s drawn to new thoughts, and probably to contemporary art and architecture—it’s innovative and energetic,” said Mr Broad earlier this year.

All three collections continue to grow—but not to end up at auction or in the kind of personal museum that Los Angeles collectors have tended to establish, says Mr Broad: “Some universities asked me if I would do that. I’m not interested. I believe in supporting public institutions and making them stronger. Our personal collection had more work than I could possibly show. There was a lot of work in the 80s that was of such size or subject matter that you didn’t want it in your residence or office. Museums at the time didn’t have any acquisition funds, and a lot of work was going into hiding, going to Europe. So I said, “It would be fun to create a lending library without having to go through a museum bureaucracy, that is, you go to a curator; the curator goes to a director; the director goes to an acquisition committee, and five months later maybe you make a decision to pay for something. So I felt that this was a way to build a representative collection of art of the last quarter of the century, and have the fun of lending it and then bequeathing it to one or several institutions in the end.” Unlike collectors of the previous generations (J. Paul Getty, Armand Hammer and Norton Simon), who tortured Los Angeles institutions with the prospect of leaving, Broad was not coy when asked if he expected his collection to stay here. “All my personal art would go into the foundation, and the trustees, some of whom are in museums here in Los Angeles, would have the responsibility of placing that art in one or several institutions. The list includes primarily Los Angeles institutions but also some others.”

Mr Broad’s personal collection is expected to end up in the Los Angeles County Museum of Art (LACMA), where he has been a trustee for the last two years. Meanwhile, he has taken on another, perhaps greater, long-term challenge: to transform the downtown of Los Angeles from a night-time ghost town into a cultural centre.