The family is objecting to the "extravagant" scheme 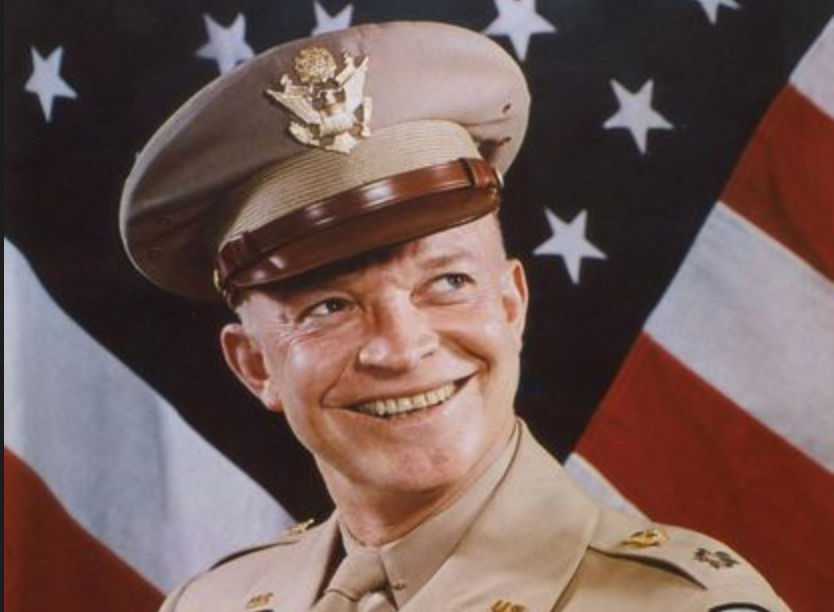 Plans for a memorial honouring Dwight Eisenhower designed by the architect Frank Gehry are in jeopardy after the family of the late president and Second World War hero heavily criticised the cost and design of the project. The organisation responsible for the planned monument in Washington, DC—the Eisenhower Memorial Commission—has already submitted the design proposal to the National

Capital Planning Commission, which will consider the plans early next year. However, the late president’s son, John Eisenhower, has expressed concerns about Gehry’s ideas in a letter posted on the website of his daughter, Susan Eisenhower.

“The memorial design is so far off base that I urged a delay in the planning process for an extended period” John Eisenhower, the late US president's son

The memorial will represent Eisenhower as both president and general “through heroic-sized sculptures in the round and expansive use of text (the Guildhall Address and Eisenhower’s Farewell Address are the leading alternatives), similar to the Lincoln Memorial”, says a statement from the Eisenhower Memorial Commission.

The memorial park will be near the National Air and Space Museum. Eisenhower Square, as the four-acre site will be known, will be framed by transparent metal tapestries. “Harkening back to ancient memorial tapestries, this modern interpretation will be… supported by 80-foot-tall columns. The images depict the plains of the American Midwest,” the statement says.

“The memorial design is so far off base that I urged a delay in the planning process for an extended period,” writes John Eisenhower, who says that the scheme’s cost is also contentious. The memorial budget, which will be funded by sponsorship and money from Congress, is $132m, prompting Eisenhower to call the venture “too extravagant”.

“While no one wants to see taxpayer money come to naught, the memorial design is very controversial and unlikely to meet its financial goals,” John Eisenhower adds. He believes that taxpayers and donors would be better served by an Eisenhower Square that is “a green open space with a simple statue in the middle, and quotations from [President Eisenhower’s] most important sayings”. A representative of the Eisenhower family tells The Art Newspaper that the memorial commission has not responded to John Eisenhower’s letter.

A spokeswoman for the memorial commission says that the family has been involved in the project for more than a decade, however. President Eisenhower’s grandson David proved to be a “tremendously helpful” committee member, she adds, saying: “We are cognisant of the fact that we are spending taxpayers’ money.” Frank Gehry’s studio declined to comment.

Nonetheless, the memorial plan has already been altered extensively. “The design was modified between last December and May this year. The modifications were made following Frank Gehry’s meeting with the Eisenhower sisters [John Eisenhower’s daughters, Susan and Anne] in New York last December,” says the spokeswoman for the memorial commission. We understand that the siblings do not approve of the metal tapestries.

According to the Associated Press, the vice-chairman of the memorial commission, Senator Daniel Inouye, believes that the project is now under threat. “I would hate to stop the process and lose the momentum, especially since a lot of time, money and effort have been expended on this memorial,” he wrote in a letter to the commission. “However, given the continued opposition with the Eisenhower family, I question whether we can ever resolve the differences… and whether it would be in our best interest to continue to move forward.” Inouye could not be reached for further comment. But the commission spokeswoman believes that the project is on track. “It’s time to move on; this train is already moving,” she says.