Exploitation of the Tate Archives: Trial of accused paintings fraudster 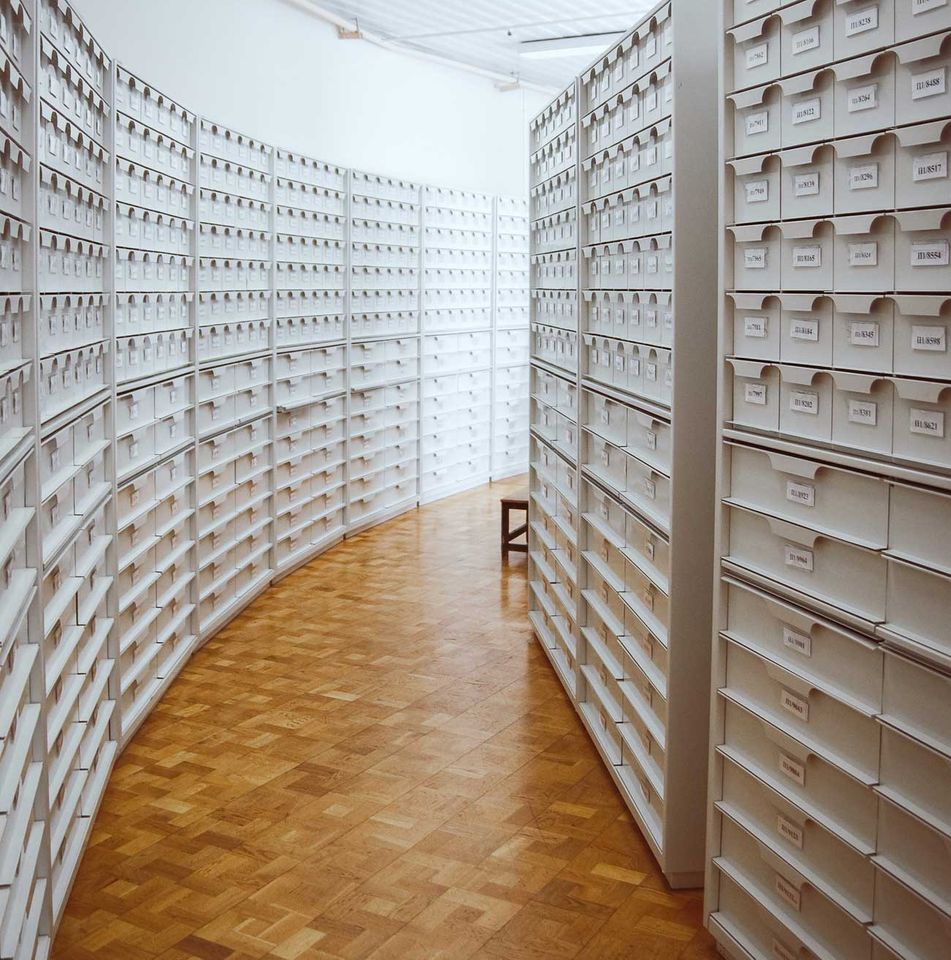 A brilliant conman tampered with records in the Tate Archives in order to produce false provenances for fake pictures, a London court has been told. John Drewe, aged 50, from Reigate, Surrey, is said to have paid a poverty-stricken artist to paint the fakes, producing works in the style of artists such as Sutherland, Nicholson, Giacometti, de Stael and Chagall. Opening the case for the prosecution on 23 September, John Bevan QC told Southwark Crown Court that Drewe had donated £20,000 to the Tate Gallery to help gain access to their archives.

Drewe and an alleged accomplice, Daniel Stoakes, an unemployed nurse, deny a charge of conspiracy to defraud. Drewe is also denying three charges of forgery, one of theft, one of using a false instrument and one of false accounting. The case is continuing, and under British court reporting restrictions we report what happened during the early stages of the trial.

Opening for the prosecution, Bevan QC said that Drewe masterminded the fraud from 1987 to 1996. “He realised that if works by famous 20th-century artists could be faked and archive material corrupted, he could sell worthless paintings for large sums of money.” One fake Nicholson fetched $175,000 in the US. “Mr Drewe’s prime motivation was to make money, although the effort he put in suggests intellectual delight in fooling people and contempt for experts.” Bevan pointed out that paintings by Modern artists, particularly abstract works, can “be copied or imitated by a skilled painter.” This provided a “fertile ground for fraudsters seeking to dupe experts, collectors, investors and galleries.”

The court was told that John Myatt, who painted the fakes, had admitted his involvement and had repaid £18,000 of the money he received. He was described in court as “a skilled but impoverished artist.” Drewe had originally contacted him after spotting a classified advertisement which the painter had placed in Private Eye magazine, offering to produce “genuine fakes”. Myatt was then paid around £250 a picture.

Drewe was said to have recruited others to unwittingly sell the fakes. Clive Bellman, a former air-conditioning salesman, agreed to become involved after Drewe claimed that he was a nuclear physicist who needed to sell paintings in order to buy archival material from Russia. These Russian documents would disprove the revisionist theory that the Holocaust had never occurred. Bellman, who happened to be Jewish, was taken in. He took the paintings to Christie’s, Sotheby’s and leading West End galleries, believing them to be authentic.

The prosecution claimed that Drewe tampered with archives at the Tate Gallery and the Victoria and Albert Museum, stealing papers, copying them and altering the documents. Bevan explained: “The integrity of this vast collection of archival material is of central importance to anyone who cares about the nation’s heritage. Corrupting such material damages not only the individual items, but inevitably undermines and taints the whole system. It affects not only those who deal in works of art, but those who love them and buy them.”

Drewe also contacted the families of deceased artists to try to con them into authenticating works. He is even said to have tricked an order of Roman Catholic priests into providing documents. Papers supplied by the Order of Servite Mary were used to authenticate several fake pictures by Sutherland, newly painted by Myatt.

On the second day of the trial, Drewe announced that he was sacking his lawyers, and would defend himself. From then on he conducted his own defence, questioning witnesses from the dock.

Among those giving evidence was Leeds doctor Jeffrey Sherwin, who had bought a painting for £4,234 at Phillips. Known as “Composition 51”, it was said to be by Nicholson. Sherwin later wanted to sell the work, but when he offered it to Christie’s in 1996, the auctioneers were suspicious. The police were informed and the painting was seized. It was suggested in court that the work had been painted by Myatt and the provenance had been created by Drewe.

London dealer Peter Nahum later gave evidence, admitting that he had bought a painting entitled “Mexican”, which he had been told was by Nicholson. Before buying it, he had checked with Jeremy Lewison, a curator at the Tate Gallery. Nahum said that Lewison gave personal advice that it was genuine. In 1995, after Nahum determined that “Mexican” was a fake, he informed the police.

Madame Françoise de Stael, the widow of Nicolas de Stael, came over from Paris to testify. She explained how Mr Drewe had shown her a painting which he said was by De Stael. The abstract picture was produced in court and shown to the jury. Madame de Stael confirmed that she believed it was “not from the hand of my husband.”

On 13-14 October witnesses from the Tate Archive gave evidence. Archivist Jennifer Booth explained that Drewe had made extensive use of the archives in 1991, consulting the records of the Hanover Gallery and the Ohana Gallery. When questioned, she admitted that it might have been possible for someone to have removed a page from the papers, while staff were out of the room for a minute, and to have brought it back on another visit.

When asked if anyone had ever been found removing papers from the archive, Booth replied, “yes, it has happened.” When pressed for further details, she said that it had been done by “a former Director”. The former Director of the Tate later “realised what he did” and returned the documents.

Sarah Fox-Pitt, the Tate curator responsible for archive acquisitions, then gave evidence about Drewe’s links with the gallery. She explained that he had initially offered to donate a painting by Roger Bissière. The Tate Gallery was interested in accepting the work, but inquiries were made in Paris with the artist’s family, and this raised doubts about its authenticity. The picture was declined.

Fox-Pitt was then asked if Drewe had offered a cash donation. “There was an offer of cash, a donation towards the cataloguing of the Clark collection. That donation was £20,000.” A letter from the Tate was read out in court, saying that the gallery had been “bowled over” by Drewe’s generosity. When asked if further money had been expected, Fox-Pitt said it was thought that a further donation “of the same order” might be forthcoming. The case continues.