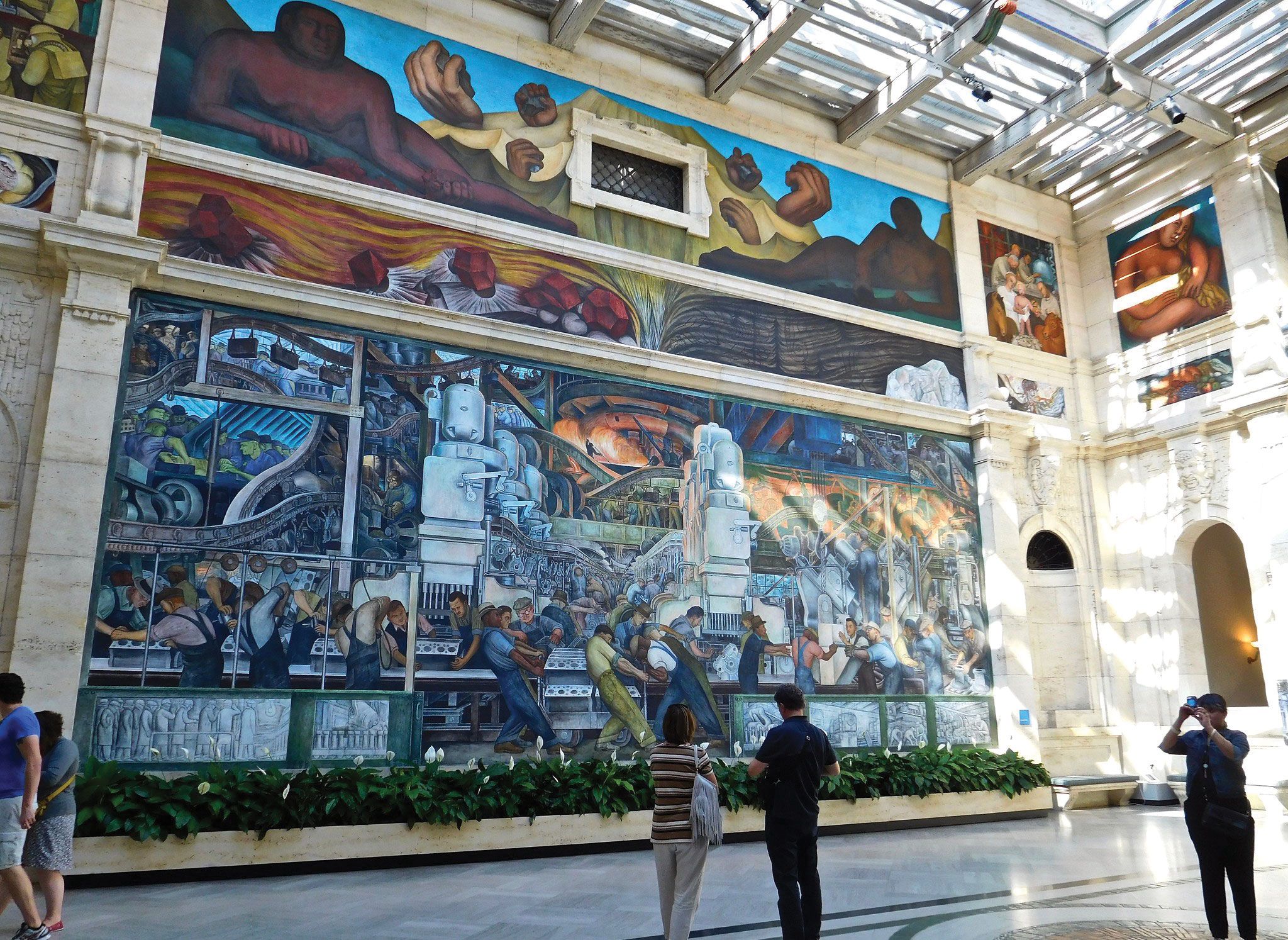 Even before Detroit officially filed for bankruptcy on 18 July, a fierce debate had arisen over the question of what would happen to the art collection housed in the Detroit Institute of Arts (DIA). Although many were outraged by the thought of selling the museum’s art to help pay off the city’s debts, others pleaded for the pensioners, workers and residents who have had to deal with the day-to-day hardships of the city’s financial crisis. The fires were stoked last month when Christie’s was asked by the city’s emergency manager to appraise the museum’s holdings. Graham Beal, the DIA’s director, has appealed for calm. Before a worst-case scenario happens, there are several obstacles to a forced sale.

The main, though untested, legal support preventing any sale is an opinion issued by Michigan’s attorney-general, Bill Schuette, on 13 June, which says that no part of the museum’s collection can be “sold, conveyed or transferred to satisfy city debts or obligations”. Relying on the state’s laws governing charitable trusts, Schuette says that the museum’s assets can only be used to further its own mission: the acquisition, care and display of art. Unlike most other US art museums of its stature, the institute’s collection and building are owned by the city. The museum has been operated by an independent non-profit corporation called the Founders Society since 1998. As the trustee of the collection, the city “is limited to using the assets for the designated purpose of the trust”, Schuette says.

Legal experts are divided on the significance of Schuette’s opinion, which is not an official court ruling. Sherri Burr, a law professor at the University of New Mexico, says that an attorney-general’s view is “usually given great weight by a bankruptcy judge”. But Melinda Agsten, who leads the tax-exempt organisations practice group at the law firm Wiggin and Dana, says that the attorney-general’s job is to safeguard the state’s charitable assets. “The court is not bound” by his opinion, she says.

Another hurdle that may put an end to the debate is a bill that was passed by the state Senate in June. It would require Michigan’s art institutions to follow the American Alliance of Museums’ code of ethics, restricting the deaccessioning of works from the collection except for the purchase of more art. The bill is now with the House of Representatives but was not taken up before the House started its summer recess, which ends on 3 September. If passed, the bill would then need to be signed by Michigan’s governor, Rick Snyder. Echoing the city’s emergency manager, Kevyn Orr, who is in charge of settling Detroit’s debts, Snyder says that there are no plans to sell the collection, but that a full appraisal of the city’s assets—including its art—must be made as part of the bankruptcy proceedings.

The situation is further complicated by the museum’s history. It was founded privately in 1885, but after a financial crisis, operations were soon taken over by the city government. Detroit’s support for the museum has been patchy in the past, and the institute has often relied on private fundraising for acquisitions and capital projects.

“Starting in the early 1970s, the city gave fewer and fewer dollars to support the institution. By the early 1990s, its contribution was $300,000 out of a $25m-plus budget. Since we took over operations [in 1998], we’ve raised more than $360m. We’ve completely redone the facility at a cost of $170m. This has always been a private-public partnership,” Beal says. He says that the last art purchase by Detroit was made exactly 60 years ago. “Some of these works of art acquired with city funds have benefited from plenty of other funds, private and state. The idea that these objects are somehow insulated from the full circumstances of a public trust tends not to be given a lot of emphasis.”

Voters in three surrounding counties showed their support for the museum when they passed a series of property taxes that would contribute around $23m to the DIA over ten years. Officials say that the counties would stop paying these taxes if the best works were sold.

Of the 60,000 works in the collection, around 3,300 are credited as purchases made by the city of Detroit, and “among them are extraordinary and valuable pieces”, Beal says. These works are more vulnerable to liquidation than works donated to the museum. Beal confirms that Christie’s has so far limited its appraisal to works acquired by the city. “Because of those concerns over restrictions, they are focusing on works of art that have the credit-line ‘City of Detroit purchase’,” he says. If the arguments about selling the collection were to reach the courts, legal teams on both sides “could find themselves having to work through object by object in terms of what, if any, donor restrictions were imposed”, Melinda Agsten says.

A complete sell-off of the collection, estimated to be worth more than $2bn, would not go very far towards covering Detroit’s debt of more than $18bn. Instead of selling works, some have suggested that Detroit could find other ways of making money from the collection, such as lending important pieces. Another idea is for the museum to lease the collection back from the city.

All eyes will be on Detroit in the coming months—and possibly years. The fight to prevent any work from the collection being sold will be long. “You know what happens when things get into courts of law; you win, you lose, you appeal,” Beal says. “That’s something I hope we never get to.”