Market predictions for 2012: the outlook is mixed

Tough times lie ahead for galleries, but auction houses and art advisers could continue to prosper this year 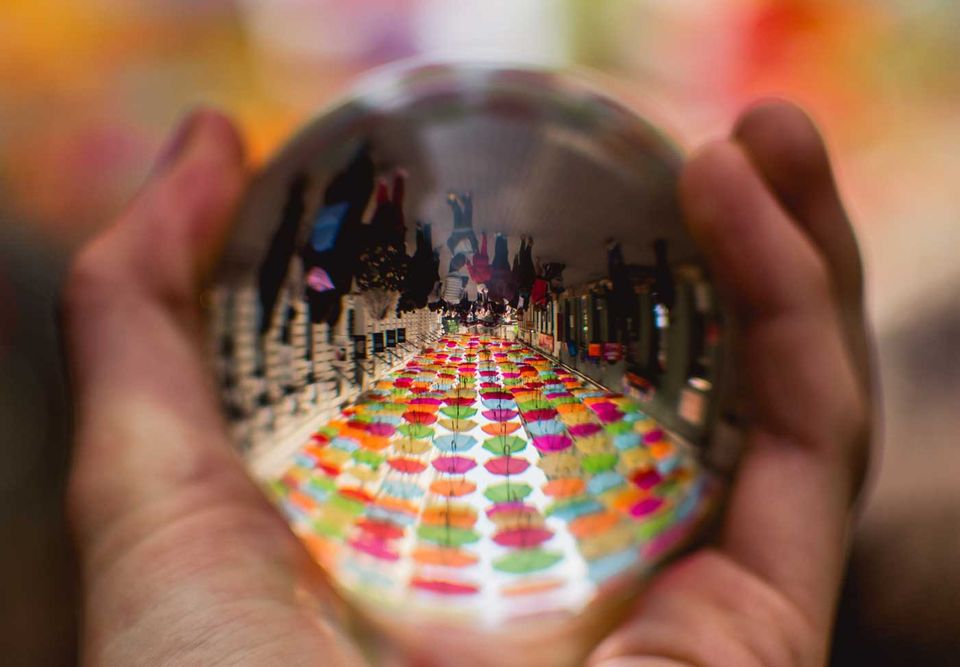 What is in store for the market this year? Our crystal ball is cloudier than ever Krisztian Matyas

My crystal ball has never seemed cloudier. Commentators in all fields, not just the art market, but in the economic, political and social sectors, all confess that they have little clarity about what 2012 will bring. The Eurozone is in turmoil and the measures taken to resolve the crisis have not convinced many. Equally, the economies of many of the world’s leading nations are showing little, if any, growth. And yet the art market last year seemed to exist in a parallel universe, blithely ignoring the storm and producing sunnier results than anyone could have expected.

It is against this background that I will, once again, make some speculations about what may happen in the coming year, with the usual disclaimer: these are my opinions and mine alone.

The trend of polarisation in the art market will continue, and even accelerate. The gallery sector is already marked by a split between a handful of major “branded” galleries and the rest. The first can hire the most bankable artists and access the deepest-pocketed buyers, the 1% of the 1% whose fortunes seem unaffected by the current economic slowdown. These galleries, including Gagosian, Hauser & Wirth, Pace, Zwirner and White Cube, have international reach, meaning they can also plug into areas less affected by the economic slowdown. For the mid-sized galleries, however, the year ahead looks tough. Their buyers are the “squeezed middle” whose spending power will be affected in the coming months. Sadly, I expect to see more galleries closing.

On the other hand, the auction houses have reasons to be optimistic. The art market’s apparently gravity-defying autumn season brought high prices and strong sell-through rates, and this will not have been lost on those who want, or need, to sell. Successful recent sales, such as the $315.8m auction of works by Clyfford Still, Gerhard Richter and others at Sotheby’s New York last November, create a strong argument for sourcing property this year: for example, Christie’s has bagged the Hubertus Wald collection, which is expected to fetch up to £20m in London next month. The houses’ sheer size and international networks enable them to reach parts of the world less affected by the financial turmoil, and to operate both as auctioneers and dealers through private treaty sales.

The commodification of art, whether you like it or not, seems set to increase. Various art funds were unseated during the 2008 to 2009 global financial crisis, but some have returned to the market, and more are being put together. With see-sawing stock markets and low returns on bank deposits, more investors and financial advisers are looking to diversify into alternative investments such as wine, watches and art; this is only fuelled by the fear of inflation.

Attempts to sell high-priced art over the internet have been with us since the internet boom of 1999 to 2000, and the number of web-based art sales sites is increasing exponentially. But despite some $1m-plus peaks, the average value of art sold over the internet remains stubbornly low: Christie’s, after some foot-shuffling, admits that it is “around $10,000”. Artnet, which runs online auctions on its art-data site, made $1.3m for a Warhol this year, but again, its average price is just $7,500. Sotheby’s declined to comment.

While I think that art sales at a lower level will migrate, I do not believe that high-priced art ($1m-plus) will be successfully sold via the net any time soon. Dressing up in Louboutins and Prada for a smart evening sale or a glitzy art fair party is part of the art-buying lifestyle, which you can’t replicate by clicking away in your pyjamas at home.

The battle of the fairs has never been hotter: this year sees a number of new ventures hit the circuit. ArtHK’s May event is the first since Art Basel bought a majority holding (17-20 May); Frieze is launching two new fairs, one in New York (4-7 May) and one in London, Frieze Masters, to coincide with its contemporary fair (11-14 October). How will they do? The Asian event seems sure to succeed: it offers the Basel experience to the entire region’s wealthy collectors, without the long-haul flights.

Frieze is betting that New Yorkers will go to Randall’s Island—which few have ever set foot on. They may well go once, out of curiosity, but will they go again?

Frieze is betting that New Yorkers will go to Randall’s Island—which few have ever set foot on. They may well go once, out of curiosity, but will they go again? This may be the crunch: dealers don’t like sitting around at an empty fair. As for Frieze Masters, the problem will be getting people to cross over each way, from traditional to contemporary, but it could well succeed.

Polarisation is also rife in this sector: the top fairs (the Basel group, Maastricht and so on) will continue to attract the best dealers. But a real danger is the growing homogenisation of art fairs, with the same dealers selling the same artists from the same white booths. To prosper, regional fairs including the India Art Fair (25-29 January) or Art Dubai (21-24 March) need to keep their identity, to make it worthwhile for collectors to visit and find something new.

While art advisers have always existed, their number and importance is increasing rapidly. This follows the arrival of novice collectors who are looking for guidance and access to art they would not otherwise be able to buy. And with the globalisation of the art world, collectors, established or otherwise, just can’t see everything: their advisers do the biennials, fairs and studio visits on their behalf. Expect to see more and more advisers on the scene, along with more “investment consultants” who may, or may not, know much about the market.

Much has been made of the “cooling” of the Asian market at the end of last year. In fact, the results were a little “off” compared with earlier in the year, but 2011 totals for Hong Kong were still huge: Christie’s made $904m while Sotheby’s made $960m. Add in the massive results for the mainland auction houses—Poly reported Rmb12.1bn ($1.9bn)—and I am confident that China will again stand in the number one position for art at auction next year.

Originally appeared in The Art Newspaper as 'Market forecast: the outlook is mixed'