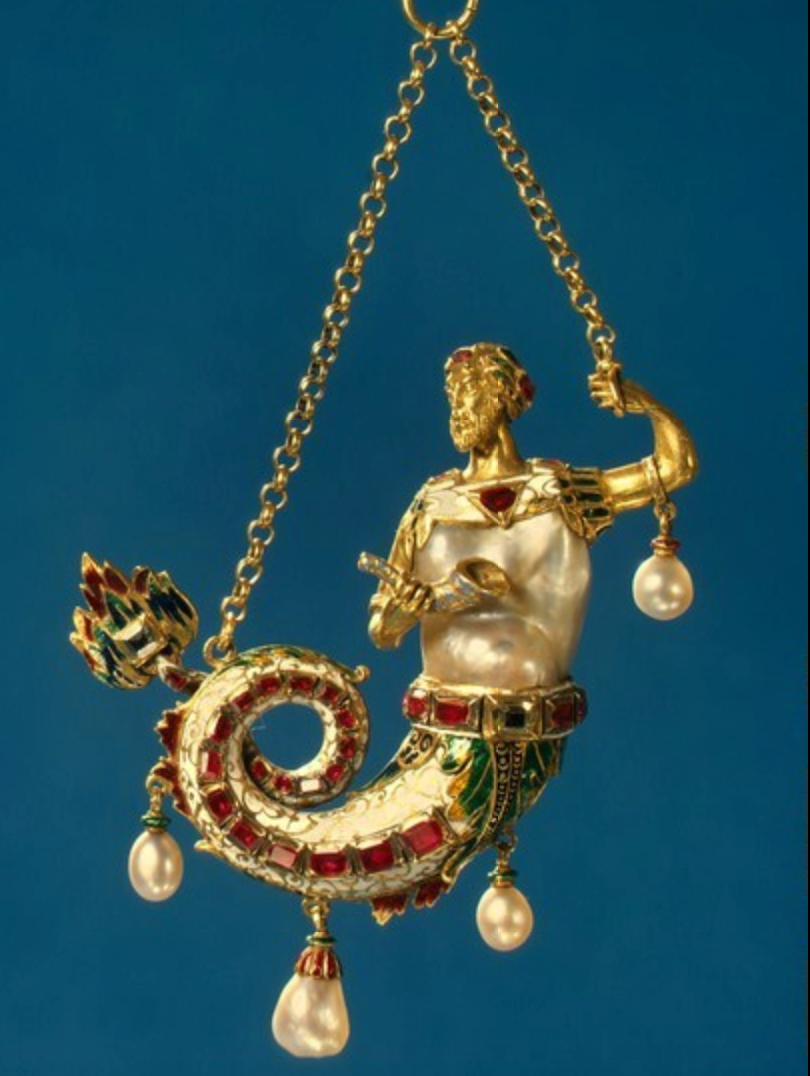 Alfred André, Pendant with a Triton, 1885/1890 Widener Collection, The National Gallery of Art

A new faker has been unmasked and works on display in major museums are now revealed to be fabrications of the 19th century. This emerges from the first volume of the catalogue of Western decorative arts in the National Gallery of Art (NGA), Washington, DC published last month. The six showy Renaissance jewels, which have been exhibited since the gallery’s inauguration in 1941, are all demonstrated by Rudolph Distelberger of the Kunsthistorisches Museum, Vienna, to be fake and the work of a well known Parisian restorer, Alfred André (1839-1919), whose descendants continue in the restoration business at 107 boulevard de Charonne, Paris, to this day.

Their crowded workshops contain drawer upon drawer with hundreds of plaster and wax models of jewellery and vessels in the Gothic and Renaissance styles, most of them carefully painted with the colours in which they were to be enamelled.

A few are casts of old originals and are labelled as such; others are for restorations or additions to old pieces, but the third category—the most interesting—is for completely new productions, among them, two of the NGA's jewels. Models and waxes similar to the other four show that they too must stem from this workshop.

Models exist also for all the ornamental mounts on a verre eglomisé jewel casket and an agate bowl, and for pendent jewels in the Walters Art Gallery, Baltimore. Some of the jewels hanging in the Rothschild Bequest at the Château of Ecouen are among the Parisian models, as is an enamelled chalice in the Louvre purporting to be 14th-century Majorcan, and a jewel, in the Waddesdon Bequest at the British Museum, from Baron Ferdinand de Rothschild’s collection. Three enamelled gold-mounted, semi-precious stone cups in the Metropolitan Museum of Art, New York, are revealed to be either partially or wholly by André, as well as a large number of jewels in private collections and which have been on the market in recent years.

Unfortunately, when Alfred André’s descendants moved house 20 years ago, the account books and papers were thrown away, so it is not certain how the fakes entered the market. What is known, however, is that, along with the other famous faker of Renaissance goldsmiths’ work, Reinhold Vasters, whose huge corpus of designs were discovered in the Victoria and Albert Museum less than 20 years ago, André worked for the marchand-amateur Frédéric Spitzer who not only used to “improve” works in his collection but also channelled fakes through it to the major collectors of the day such as the Rothschilds. While there is no doubt that Spitzer knowingly sold fakes, it is not certain whether the art dealer Duveen, who sold five of the six National Gallery of Art's jewels to the Philadelphia millionaire Peter Widener and his son Joseph in 1911, 1912 and 1923, knew that he was cheating his clients.