The museum is selling paintings by Picasso, Pollock, Léger and De Chirico, among others, at Christie's next month 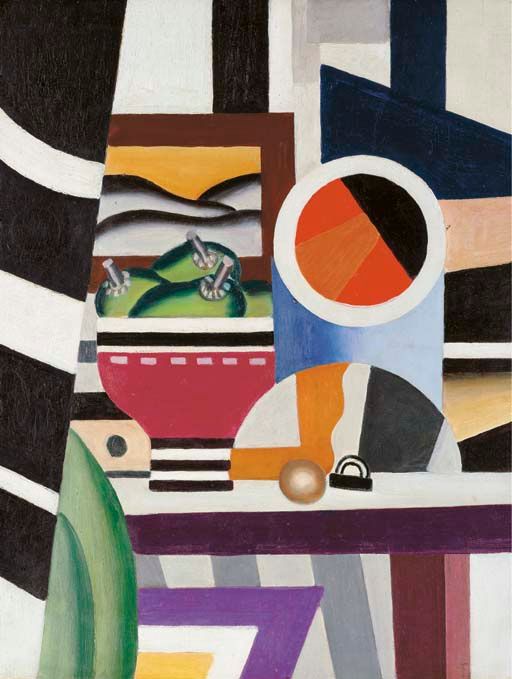 The Museum of Modern Art is offering nine works from its permanent collection for sale at Christie’s New York on 4 and 11 May. The auction house estimates that the paintings, which include works by Chagall, De Chirico, Léger, Magritte, Picasso and Pollock, could sell for as much as $27.9 million.

The museum is ostensibly raising funds for new acquisitions to display when it moves back into its expanded, midtown building next year. But the decision to sell paintings by artists whose works fit squarely within the museum’s collection will meet with some controversy.

Significant deaccessions by other major American museums have provoked outrage. When the Metropolitan Museum’s former director proposed the sale of an Ingrès and other works in the 1970s, critics derailed the proposal. When the Guggenheim auctioned off a Modigliani, Kandinsky, and other works to buy the Panza di Biuma collection in 1990, opponents reacted furiously.

Nine years later, when the Guggenheim deaccessioned art to create an acquisitions fund, the director was criticised by the Wall Street Journal and investigated by the American Association of Art Museum Directors, without even having revealed the works that had been sold. It remains to be seen whether MoMA’s latest round of deaccessions will pass quietly.

One thing is certain: MoMA’s sales are not a one-off. In 1998 the artist Michael Asher published a pamphlet listing the thousands of works the museum had deaccessioned since its founding in 1929. The inventory includes eight works by Cézanne, four by Kandinsky, and nine by Matisse, among others. Since then, director Glenn Lowry has been pruning the collection regularly. His deaccessions include: George Bellows’s painting Polo crowd (1910) which sold for $27.5 million at Sotheby’s in 1999, a record for an American painting at auction; Picasso’s Man with a guitar (1913) which was placed with Larry Gagosian and acquired by MoMA board member Si Newhouse Jr in 2000, reportedly for $10 million. He was then obliged to leave the board. In 2001 MoMA sold 350 photographs at Sotheby’s for $4 million, a record for a single-owner photo sale, and last year Picasso’s Houses on the hill, horta de Ebro (1909) was sold to Berlin dealer Heinz Berggruen, and Francis Bacon’s Dog (1952) was sold to London dealer Gerard Faggionato.

MoMA curators say that there is no radical deaccessioning afoot, but few other museums are disposing of so many works of such high quality, so regularly.

Commenting on the latest sale, the museum’s chief curator John Elderfield says, “MoMA regularly deaccessions works that are less essential to the collection to make possible the acquisition of works of greater importance. This has been part of the ongoing process of shaping and refining the collection since the museum’s inception.” The 2003 sales, for example, contributed to the acquisition of Jasper Johns’ drawing “Diver”, Picasso’s “Pregnant Woman”, and a Francis Bacon triptych.