In 1994, the Greek government was willing to accept the restitution of only a small number of the Parthenon pediment sculptures in exchange for an end to the dispute 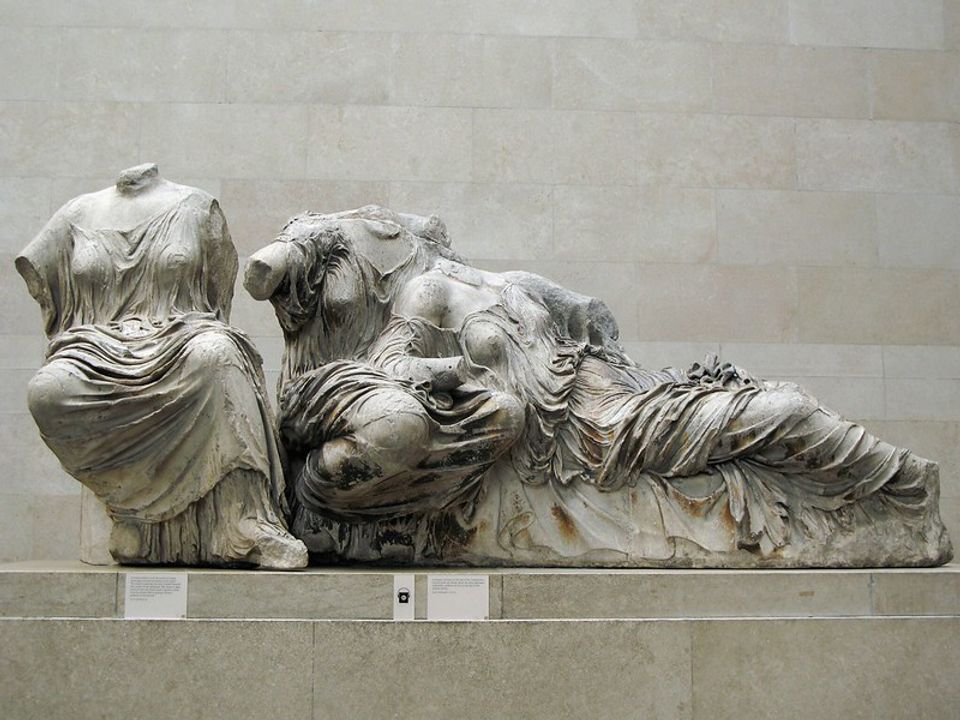 In the recent past, there has been more flexibility over the fate of the Elgin Marbles than the current public statements of the Greek lobby calling for the sculptures’ return to Greece and the British government, which has refused to consider this proposal, might suggest, according to confidential papers which have just been declassified.

In the wake of its admission over the unfortunate 1930s “cleaning”, the British Museum has introduced a new policy of openness over its archives. It has made many of its papers on the Elgin Marbles available, in advance of the normal thirty-year embargo.

The Art Newspaper is the first publication to have studied these recent files to see what they reveal about the vexed issue of the return of the sculptures (see also January 2000, no. 99, pp.18-20).

In 1994 the Greek government seems to have been willing to end the dispute over the Elgin Marbles by accepting only a small number of those at the British Museum (BM).

On 19 July the Department of National Heritage wrote to museum director Dr Robert Anderson to report on a conversation between its minister, Baroness Trumpington, and the Greek Minister of Culture, M. Mikroutsikos.

The Greek minister was reported as saying privately that his government “would consider agreeing to the low profile return of certain free-standing figures from the Parthenon rather than continue to press for the return of all fragments of the frieze.” Numerically, the pedimental sculptures represent a very small proportion of the total number, including the frieze and metopes, but they are nevertheless the most important. The Greek proposal was discussed by the BM trustees on 23 July, but they decided “there was nothing in the offer to cause them to change their existing position.”

Despite the museum’s firm position in 1994, there had been a more flexible approach a decade or so earlier. The file contains the text of a paper presented by Brian Cook, Keeper of Greek and Roman Antiquities, to an academic congress in Basel, on 8 April 1982, in which the question of a long-term loan was raised.

Mr Cook explained that the BM’s “present policy on loans abroad is that they should be for short periods for special exhibitions, except under particular circumstances”. He cited one such case, involving the lid of a Greek vase acquired in 1843. It had later been realised that the lid had come from an amphora now in the Berlin Museum, and it was then offered on long-term loan to Berlin.

Mr Cook went on to explain that “it is perfectly possible in principle for the British Museum to lend fragments of the Parthenon sculptures to the Acropolis Museum for an agreed period.” He also revealed that he had held discussions with Dr George Dontas, a former Greek Inspector General of Antiquities. “We are agreed that it is in principle desirable that small fragments should be re-united with the sculptures to which they belong.” Mr Cook added that he hoped “negotiations may be successful.”

Any negotiations were presumably ended by Melina Mercouri’s intervention during her visit to London in May 1983. In a note for the BM trustees, director Sir David Wilson described how the Greek Minister of Culture had attempted to hold a press conference in the Duveen Gallery. “The behaviour of the press was akin to the Eton wall game [an event which involves violent scrums and much shoving] and our warders had physically to hold them back from the Marbles,” he explained. Sir David added that the former actress had been “extremely frightened” and was “trembling the whole time”.

Labour Party leader Neil Kinnock went on to back Ms Mercouri’s call for restitution. On 26 January 1984 Sir David Wilson wrote to Lord Donaldson, a former Labour Arts Minister, thanking him for his letter of support over the museum’s position and criticism “about the Kinnockry”. Sir David continued: “I am getting very tired of the thoughtless way in which the politicians talk about the Elgin Marbles. It is now rapidly becoming a party political issue and in a way I am at a loss to know exactly how to tackle it. The whole thing is very tiresome and beginning to get quite worrying.”

Sir David was also becoming frustrated with the Foreign Office, which was slow in responding to the formal Greek claim, which had been submitted on 12 October 1983. On 26 February 1984 he told his trustees that this was due to “a difference of opinion between the British Ambassador in Athens, who thought the answer should be short and direct, and the Foreign and Commonwealth Office, who favoured a more emollient approach.” A month later Sir David wrote to the Foreign Office, saying that his trustees were “getting very restive” about the delay in the British government’s formal rejection.

The British Museum files also provide an interesting insight into Danish politics. On 25 January 1991 Dr Bronsted of the National Museum in Copenhagen called on Mr Cook, the BM Keeper, telling him that the Greek government had asked for the return of the heads of a Parthenon metope which had been removed by a Danish officer serving in the Venetian army in 1687 (the main part of this metope was later acquired by Lord Elgin). Mr Cook recorded in a note that “the Danish authorities are seriously considering their return to improve the political climate surrounding the foundation of a Danish School of Archaeology in Athens”. However, the director of Copenhagen’s National Museum was “unwilling to return them unless the BM plans to return the Elgin collection.” Mr Cook told Mr Bronsted—semi-jocularly, he admitted—that “if the Danes wished to part with the heads they should send them here and we would incorporate them in the metope.”

That same month Mr Cook sent a memo to the BM director about an article in The Art Newspaper (The Art Newspaper, No. 4, January 1991, p.12), reporting that a new museum was to be built near the Acropolis. Two months later, on 22 March 1991, the Keeper again wrote to the director: “The next phase of the campaign for repatriation is likely to begin any time after the actual start of construction of the new Acropolis Museum. The problem has not gone away, it is merely in hibernation; and when it wakes up, our successors will find that it is fiercer than before.”