Sebastiano and his mentor Michelangelo arrive in London 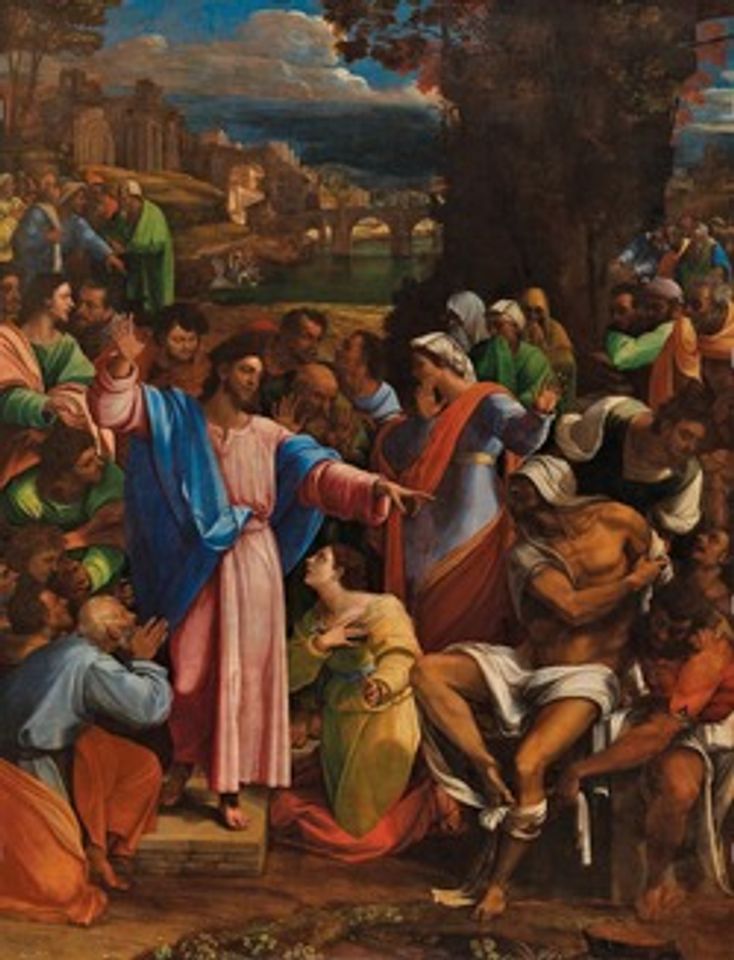 Michelangelo provided sketches for Sebastiano’s The Raising of Lazarus (1517-19) (© The National Gallery, London)

The exhibition Michelangelo and Sebastiano, which opens this month at the National Gallery, is a study of an asymmetrical relationship. Of the nearly 70 works included, Sebastiano will be represented much more fully: 21 paintings, 16 drawings and six letters to only two paintings, 15 drawings, four letters and three sculptures by Michelangelo. (Three works by other artists are also included.) But the salient feature of the exhibition is the fact that Michelangelo is by far the visually stronger and more creative artist.

The watershed in Sebastiano del Piombo’s career, and the point on which the exhibition turns, occurred in 1511. The 26-year-old Venetian artist arrived in Rome under the wing of the wealthy Sienese banker Agostino Chigi to decorate his Tiber-side villa, now the Villa Farnesina. There Sebastiano encountered the monumental figuration and muted colours of the final stage of Michelangelo’s Sistine Chapel ceiling, which he quickly absorbed into his own style. From this point, Michelangelo helped and promoted his talented admirer, providing him with cartoons, sketches and drawings (which will be on view) for such works as the Viterbo Pietà (1512-16).

Their relationship helped Sebastiano win a major commission in 1516 to decorate the Borgherini family chapel in San Pietro in Montorio, a project with which Michelangelo assisted. (Those sketches will be displayed.) The culmination of their friendship came when, on Michelangelo’s recommendation, Sebastiano was commissioned by Cardinal Giulio de’ Medici to paint one of two large altarpieces for the cardinal’s titular cathedral in Narbonne. The Raising of Lazarus (1517-19) is the show’s prize exhibit, for which Michelangelo supplied sketches and drawings (also on show) to ensure its triumph over the other altarpiece, a Transfiguration by Raphael, Michelangelo’s arch rival. According to Giorgio Vasari, Sebastiano was “praised by all without exception”.

By then, Sebastiano was assured of the favour of the cardinal (shortly to become Pope Clement VII) to whom he soon became the foremost Roman painter, active above all as a portraitist and maker of devotional works. In 1531, he was appointed to the sinecure of Keeper of the Papal Seals, after which his production slowed.

He and Michelangelo had a terminal falling-out in 1534 when Sebastiano, much taken with the novelty of painting with oils directly on stone or dried plaster, had the temerity to prepare, without consulting Michelangelo, the wall of the Sistine Chapel that was to take the fresco of the Last Judgement. Michelangelo had it destroyed and broke with Sebastiano for good. Sebastiano died in 1547.

The show is officially titled The Credit Suisse Exhibition: Michelangelo and Sebastiano.