Gian Enzo Sperone: 'The nature of the art market has changed for ever'

The Italian dealer and co-founder of Sperone Westwater spoke to us in 2011 about botany, the difference between European and US galleries and why the "big gallery" systems won't last 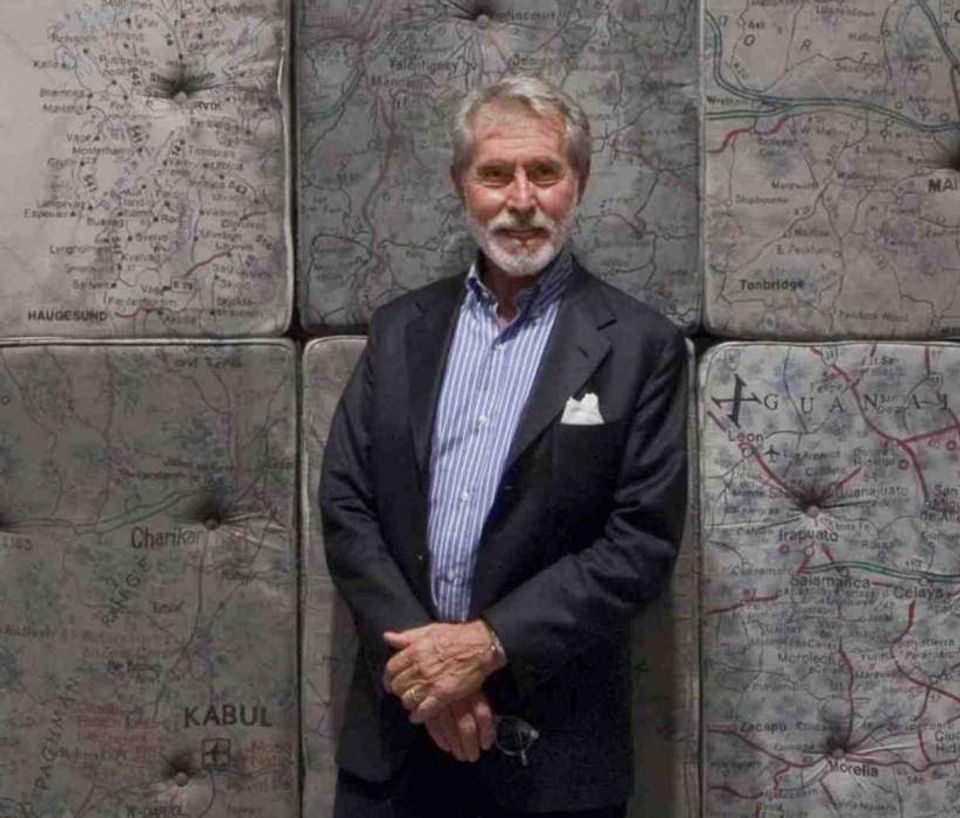 Gian Enzo Sperone has for years dealt in contemporary art on both sides of the Atlantic. A spare, tough, quick, 55-year-old, he can adjust his cultural focus to operate in the international village that is New York (with Angela Westwater, in his Greene Street gallery), and in the provincial splendours of Rome (on via Pallacorda). He began in 1960 with that aesthetic master, Mario Tazzoli, in Turin and learned to be open-minded, to see quality in both the old and the new (he collects both himself). A good sign: he loves trees, plants many and knows them all by name.

He belongs to that very European category of the gallery-owner/guru who is considered to see further and feel more than the average, and initiates laymen into his mysteries. He introduced the rich, discriminating but rather stuffy Turinese to Pop art and did well out of Arte Povera and the Conceptualists there. He counts Gianni Agnelli, the head of Fiat, among his clients.

Of late, Rome has been a disappointment. The Romans are only interested now in buying yachts, he says. He exhibited at Turin’s new contemporary art fair last month and has decided to return permanently to that city after sixteen years. The Art Newspaper interviewed him as he was exhibiting his artists, mostly American, in a number of small, sophisticated Neo-Classical galleries there.

The Art Newspaper: Mr Sperone, you spend part of every month in New York at your galleries there. After many years of dealing both in Europe and the US, you have an almost unique insight into the two art scenes. Could you say what distinguishes them from the point of the view of the artist as well as the public?

Sperone: From the point of view of the public, the Americans are more interested in Modern and contemporary art, while the Europeans prefer old and Modern. As for the artists, there is much more opportunity for them in the States, and this is valid for art dealers as well. Two “happy” islands exist in Europe: France and Germany. As for my own country, Italy, during these difficult times the market, paradoxically, has picked up, especially in Milan and Turin.

What is happening at the moment, when the economic crisis in the US is supposed to be over, but Italy is still in relative gloom?

No one in the world of art has really understood that we must adapt ourselves to living with a permanent structural change: our problems are starting now, and the variations between the US and Europe regard only how fast or slow these may be.

The “big gallery” system with its exaggerated overheads is bound to change, if not disappear completely. The current idea of focusing on a few artists in order to make them more commercial is both myopic and vulgar. Myopic, in the sense that a gallery today is like a stable for thoroughbreds; it doesn’t care whether its artists are the best or not. Talent is not of prime importance; this is something that contrasts with the circulation of ideas but does produce merchandise immediately.

Will the market begin to behave again as it did in the Eighties, or has it changed for ever?

As I said before, the current trend is based on a change of values and it will take many years for us to understand who we would like to be and who we really have become.

You have decided to reopen in Turin, your home town, after sixteen years away in Rome. What has led you to do this? Is there such a thing as an Italian art scene or is it still different from town to town?

Turin has always had a predilection for cutting-edge art and in the 60s and 70s produced adventurous artists; only someone as brainless as myself would betray Turin for Rome.

Italy has managed to have a lively contemporary art scene, both in the number of good artists as well as sophisticated collectors it has produced, despite not having any significant public collections of contemporary art. This goes against the orthodoxy that the museums play a vital role in establishing the artistic hierarchy. Can you comment on this?

It is, indeed, a heresy that avant-garde art can survive in a country that does not invest sufficient resources in institutions so that its citizens can know what is happening in the rest of the world.

If it is true that Italians are unpredictable and anarchic, and at times snobbish enough to go to Cairo rather than to Turin in order to visit an Egyptian museum [Turin has the second most important collection in the world], it is also true that Italy belongs to the Third World when it comes to Modern and contemporary art.

Personally, I don’t think that museums play a vital role for contemporary art. This is something that can be handled by the thousands of small galleries that are non-bureaucratic and without ties.

You played a vital role in the propagation of Arte Povera, which you also succeeded in importing later into the US, together with its successor movement, the Transavanguardia. How open was the US then to European art movements and how open is it today?

The East Coast of the States is the least chauvinistic part of America and is very curious about the European school. Today, New York is still the heart of the empire, but more than a big apple it resembles a piece of cheese where everyone is digging his own niche in order to survive, where no one looks up to the sky anymore because he is too busy munching on his own bit.

Today, New York is still the heart of the empire, but more than a big apple it resembles a piece of cheese where everyone is digging his own niche in order to survive, where no one looks up to the sky anymore because he is too busy munching on his own bit

As for my position as a promoter of Arte Povera and Transavanguardia, this resulted from my first unforgettable adventure: the presentation of the American art of the 60s to Italy—Pop and Minimal. (I showed Lichtenstein in Turin in December 1963 and Warhol in 1965, just to cite two dates on which my life as a gallery dealer is hinged.)

Do you think all/any contemporary art today is potentially exportable to any other country without a serious loss of meaning? Was the Whitney Biennial shipped to Korea last year any more for the Koreans than a crash course in US cultural preoccupations?

There is and always will be an abyss in sensibility and cultural interests between the East and the West. There is, however, a convergence based on a need for new, reassuring values. And since art expresses this anxiety in particular, the problems concern everyone.

Where do you see the talent among artists today?

Beauty is everywhere and nowhere. Personally, I also have illegitimate loves: I like Piranesi as much as I do Schnabel; Ray Smith and Tantra art; Paladino and Mughal miniatures. As you can see, they’re irreconcilable stylistically but compatible with the dream of painting. The so-called politically correct art is liked by the critics because it gives them lots of material for idle talk and fantastic interpretations.

Personally, I also have illegitimate loves: I like Piranesi as much as I do Schnabel; Ray Smith and Tantra art; Paladino and Mughal miniatures.

The last work of an important Italian artist, Alighiero Boetti, who did not love painting but invented a new and equally fascinating way of work, is titled “De la bouche à l’oreille”, a paraphrase, I believe, regarding the distorted way of looking at art with one’s ears.

How much do external commercial, bureaucratic and fiscal factors influence your operations in Italy as compared with the US? Is the Italian dealer at a disadvantage compared with his US counterpart?

Italian regulations are barbaric and force us to live with lies. (Our ministries of foreign commerce, past and present, were and are very badly informed about art.) Since art imports are taxed at nineteen percent—there’s no tax at all in the States—Italian dealers, myself included, have a split ego by dint of doubling ourselves constantly, and so, in an international context, are worth as much as a penny with a hole in it. Obviously a lot of these pennies add up to a mountain but it’s an illusory and clandestine one.

You are a great lover of trees, of which you have planted many in your Roman garden. If you had to choose between living in a totally tree-less environment and keeping your art collection, or vice-versa, which would you choose?