US Supreme Court to consider copyright extension for foreign artists 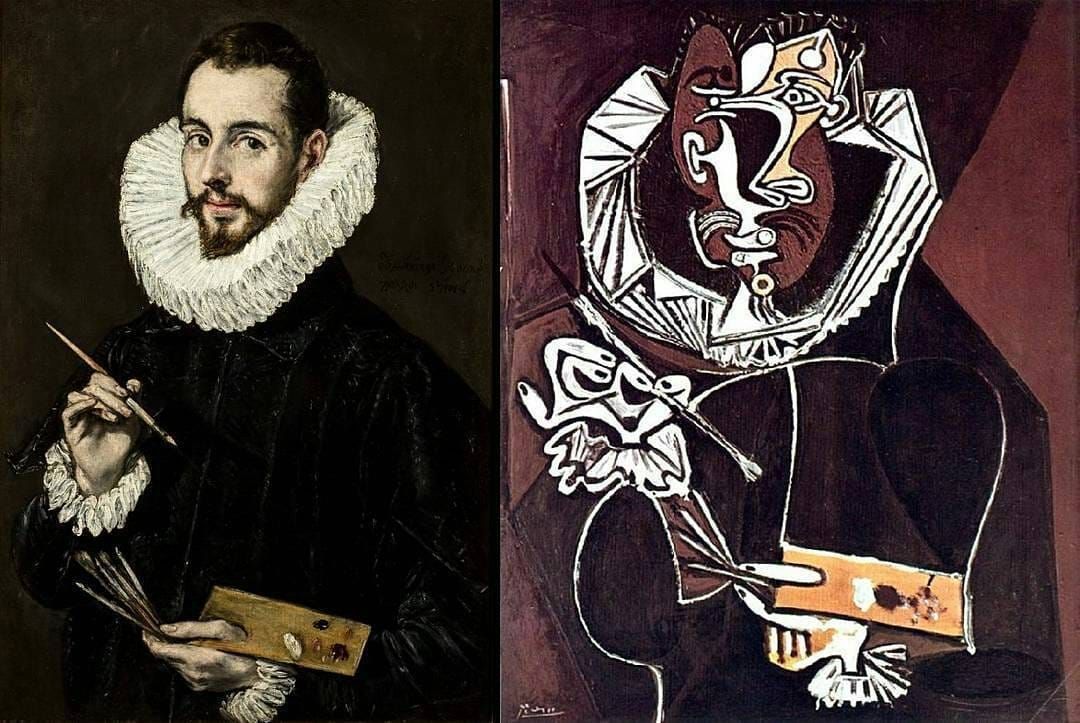 If Picasso “could not refer to El Greco”, then US copyright law “would cease to stimulate expression”, say critics of the Uruguay Round Agreements Act. Left, El Greco's Portrait of the Artist's Son Jorge Manuel Theotokopoulos (around 1600-05), and right, Picasso's Portrait of a Painter, after El Greco (1950)

The Supreme Court is soon expected to rule on a lawsuit challenging the right of the US Congress to grant copyright protection to certain works, which fell into the US public domain because their foreign creators failed US copyright requirements. The case has drawn wide attention and support in the art world, and could affect visual artists who rely on appropriation to create their own works.

At issue is a section of the Uruguay Round Agreements Act (URAA), enacted in the US in 1994 to bring the US into compliance with the Berne Convention, an international copyright treaty. The ruling could have a big impact on the film, music and publishing industries, which under the act must now pay fees for re-copyrighted works, as well as those in the visual arts wishing to freely copy certain works by artists such as Picasso, Rodchenko and Matisse. The plaintiffs, led by orchestra conductor Lawrence Golan, argue that they have lost free speech rights and that Congress cannot erode the public domain.

The US government is defending the law, and its supporters say that they could lose valuable dollars too, if their copyrights are jeopardised abroad in response to a US failure to respect the rights of foreign artists. They urge that the act is needed to meet US treaty obligations, ensure reciprocal copyright protection for US artists abroad, and fairly protect foreign creators.

Robert Panzer, the executive director of Vaga, the visual artists association in New York, which provides copyright services for artists, says that pre-Berne copyright formalities in the US were “onerous”, and that foreign artists often did not comply. “To expect foreign artists to know about a US law that had no equivalent in their own countries was unfair and unjust,” he says. “The works should not have fallen into the public domain in the first place.”

The Berne agreement prohibited such technical copyright formalities. After the US joined the convention in 1989, it was soon criticised for failing to protect foreign works that, though under copyright in their source countries, had failed the US requirements. The Uruguay Round Agreements Act was enacted to restore foreign copyrights.

Golan has told the court that the restoration violates the US constitution, which empowers Congress to grant exclusive rights to authors for “limited times”. Removing works from the public domain exceeds the “limited” standard, Golan says. His fellow plaintiffs—including educators, performers, film archivists and motion picture distributors—say they depend upon the public domain for their livelihood, and that the act has cost them their freedom of speech and “the expected return on significant investments”.

Golan is supported by numerous friend-of-the-court briefs. In one, artist Shepard Fairey and the College Art Association say that the public domain supplies “the raw materials for new creative works”. If Picasso “could not refer to El Greco”, then US copyright law “would cease to stimulate expression”, they say, citing artistic borrowings by Monet, Jasper Johns, Fairey and fellow graffiti artist Blek le Rat.

The US government is bringing in supporting briefs from the Motion Picture Association of America, publishing groups, copyright owners, bar associations and others. The restored copyrights are indeed “limited” because they expire exactly when a formal copyright would have, the US says, adding that Congress has always had the power to grant copyright protection to public domain works. In 1994, the lack of copyright protection for US authors abroad “had led to considerable losses in foreign trade”, the government says, and the failure to restore foreign copyright “was hindering diplomatic efforts” to protect US authors abroad.

The government disagrees that the 1994 restoration violates free speech rights—pointing out that restrictions on expression are “inherent” every time a copyright is granted. The 1994 statute leaves intact traditional US defences to copyright infringement.

The Supreme Court heard oral arguments on 5 October, but it could issue its decision any time before next summer.

Update: The court decided in March 2012 to extend copyright protection for foreign artists.

A brief history of US copyright law

1790 US Copyright Act: Based on UK legislation of 1710, gave American authors the right to print, reprint, or publish their work for a period of 14 years and to renew the copyright for another 14.

1886 Berne Convention for the Protection of Literary and Artistic Works: Required members of the Berne Union to recognise the copyright of works by authors from other member countries and imposed standards for protection.

1954 Universal Copyright Convention: An alternative to Berne that said each state should protect the rights of its authors and other copyright proprietors.

1976 US Copyright Act: Extended the previous terms of copyright law to either 75 years, or the life of the author, plus 50 years.

1990 Visual Artists Rights Act: Under Vara, authors were given the right to claim authorship for their work even if someone else owned it and the right to prevent the use of one’s name on any work the author did not create or on a work that had been modified.

1994 Uruguay Round Agreements Act (URAA): This act amended US copyright law to restore the copyright of authors in countries not previously protected under US copyright law, including the Soviet Union, and to restore copyright in other foreign works that had lapsed into the public domain.