Nearly 200 paintings forged by John Drewe may be on the market. The Art Newspaper tracked down 40 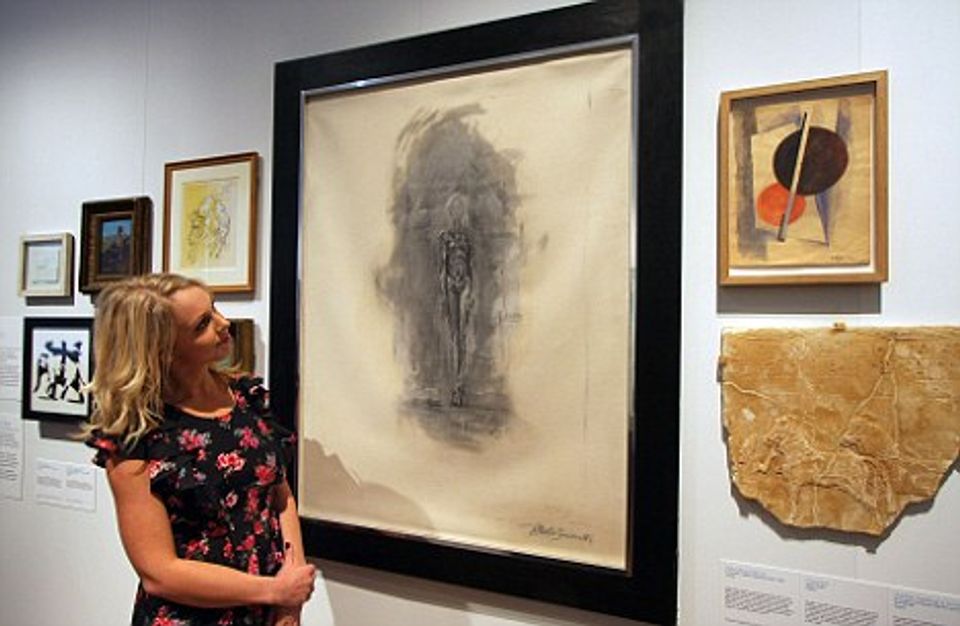 Now that the notorious faker John Drewe is behind bars, the art trade is facing disturbing questions over the number of forgeries which came onto the market. Drewe, who was sentenced to six years on 15 February, successfully fooled dozens of the world’s leading experts. Although the story of art history is replete with consummate forgers, this case is unusual in that the mastermind devoted considerably more effort to creating false provenances than to commissioning the pictures.

During the five-month trial, which finished earlier this year, the London courtroom was decked out like a gallery, with nine pictures on the wall. Paintings purporting to be by Sutherland, de Stael, Bissière, Nicholson and Giacometti formed the heart of the prosecution’s case and these pictures illustrate how Drewe operated. But the nine pictures only represent the tip of the fakes mountain. Scotland Yard detectives tracked down over sixty fakes, and they fear that at least a further 110 went into circulation and remain unidentified.

Independent inquiries by The Art Newspaper have identified at least 30 “Drewes” which were sold by the major auction houses in London and New York, many blessed by the world’s top outside specialists. We have also tracked over a dozen other works which either failed to sell or were withdrawn. The overwhelming majority of the “Drewes” are likely to be fakes, although this will only be confirmed once they have each been subjected to a thorough examination.

Christie’s and Sotheby’s helped Scotland Yard during the police investigation, and after the verdict both issued statements. Christie’s explained: “Our usual research procedures were followed when these works were consigned to us and their provenance checked. Following the verdict, buyers of any works that we are satisfied are forgeries will be entitled to compensation in accordance with our conditions of business.” Sotheby’s made a similar statement: “When we offered the works in our sales, we did so on the basis of the very convincing documentation that supported the history of these works. Where possible, we examined the archive material and had the works authenticated by the acknowledged external experts on the respective artists. Following the trial, we are contacting the small number of buyers affected and will be compensating them in full.”

Last month Christie’s and Sotheby’s were unwilling to comment on whether compensation has now been paid to the buyers.

The gouache was put into Christie’s post-war British art sale on 25 November 1993, lot 45, where it was dated to 1954-55. Its provenance was recorded as: given by the artist to the Order of Friar Servants of Mary, Fulham, in 1956; sold c.1965 by the English Province of Friar Servants of Mary at Begbroke Priory, Oxford; Bernard Bertschinger Art Foundation, London; H.R. Stoakes, 1966. It was also said to have been shown at the ICA’s “Art for the cathedrals” exhibition in February 1967. Drewe had conned the Catholic Order of Servites into giving a false provenance and inserted information into the ICA records. The work sold at Christie’s for £1,437. Following the trial, Christie’s said that the gouache had been “shown to an independent expert who confirmed it as the work of Graham Sutherland.”

Sold by one of Drewe’s intermediaries to London dealer Peter Nahum in November 1993, for £5,250. Mr Nahum, who bought the oil-on-panel in good faith, put it into Christie’s, which offered it in their post-war and contemporary British art sale of 26 October 1994, as lot 117, with an estimate of £10,000-15,000. Christie’s dated it to 1955, giving its provenance as: Algernon Newton RA, by whom gifted to St Philip’s Priory, Begbroke, Oxfordshire, until 1976. It was also recorded as having been shown at the ICA’s “Art for the cathedrals”, February 1967. The painting was unsold.

The picture was sold by an intermediary to Adrian Mibus of Whitford Fine Art in London, who bought it in good faith for £32,500. He later became suspicious and took it to Paris, where he showed it to Françoise de Stael, widow of the artist, who declared that it was a fake. Mr Mibus later tried to recover the money from Drewe, but instead he was offered alternative works, including a set of Sutherlands. He accepted the Sutherlands, and offered them through Christie’s. These later turned out to be fakes and were withdrawn shortly before the 1995 sale.

This too was bought in good faith by Adrian Mibus of Whitford Fine Art, who became suspicious after his de Stael had been shown to be a fake. Mr Mibus had paid £8,000 and later recovered the money from Drewe.

This gouache was sold at Phillips on 22 June 1993, when it was bought by Leeds collector Dr Jeffrey Sherwin for £4,234. Dated to 1951, its provenance was given as: Hanover Gallery, purchased 22 June 1959; Lefevre Gallery. The Phillips entry also noted, “Recorded in the Tate Gallery records: The Hanover Gallery catalogue, February 20-July 2, 1959.” Three years later Dr Sherwin took it to Christie’s, where it was offered in their post-war and contemporary British art sale of 23 October 1996, lot 36, with an estimate of £8,000-12,000. Exhibitions were given as: Lefevre Gallery, May 1952 and Hanover Gallery, February 1959. Suspicions were aroused just before the sale and the picture was withdrawn.

In 1995 this work was sold to Gimpel Fils, which bought it in good faith for £18,000. It later emerged that it had come with a false provenance and doctored catalogues from Gallery One (1961) and the Federation of British Artists (1962). Sir Alan Bowness was shown the work in February 1996 and declared it to be a fake. René Gimpel then informed the police.

The work, dated 1935, was shown to René Gimpel, who declined to purchase it. The relief’s “provenance” included a document from Bertschinger’s Art Foundation (whose founder had been connected with the ICA in the 1960s) and a doctored 1953 catalogue of the Archer Gallery. In 1995 the picture was examined by Sir Alan Bowness, who said it was a fake, and it was then acquired by the police.

One of Drewe’s major coups. The picture was illustrated in a fake document in the National Art Library—an O’Hana Gallery catalogue of an “Exhibition of paintings, sculpture and stage designs with contributions from members of the entertainment world”. The picture was sold for $175,000 to the US buyer Armand Bartos, through Dominic Taglialatella of New York-based Avanti Galleries. In an audacious move, Drewe got the owner to contact a fictitious firm he had created, called Art Research Associates. For a fee, this firm then authenticated the fake Giacometti for the good-faith US owner. In June 1995 the painting was shown to the Giacometti Association, which expressed its concern. The picture was consigned to Sotheby’s in October 1995, but it was withdrawn at the request of the Association shortly before publication of the auction catalogue. It was then sent again for examination in Paris, and the Giacometti Association pronounced it a fake. In April 1996 the picture was seized by the French police, who sent it to Scotland Yard.

Giacometti, “Head of a man”

This drawing is similar to an authentic work which was once with the Hanover Gallery. When the “Drewe” work was offered on the market, reference was made to documentation in the Tate Archive. It remained unsold.