New retrospective in Paris for Pissarro, the first of the Impressionists

This will be one of three exhibitions on Pissarro in Europe this year, providing unparalleled access to the artist's greatest works 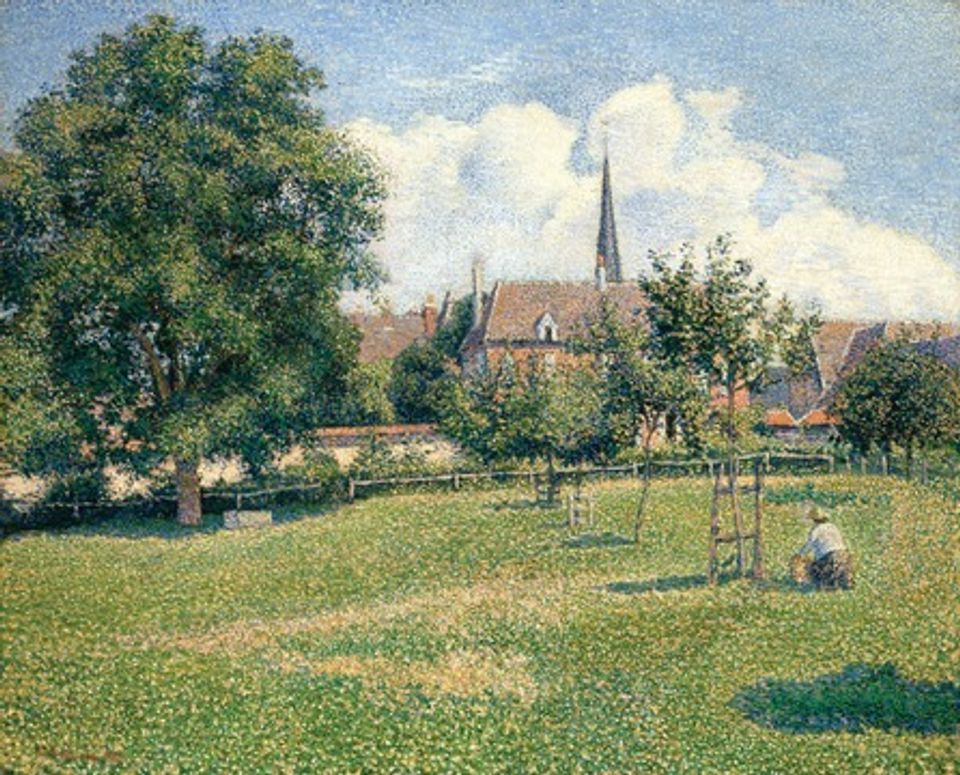 Camille Pissarro, The House of the Deaf Woman and the Belfry at Eragny (1886) (© The Indianapolis Museum of Art)

The first career survey of Camille Pissarro in Paris since 1981 opens this month at the Musée Marmottan Monet. It presents 75 of his greatest paintings, beginning with a seascape from his youth in the Danish West Indies, Two Women Talking by the Sea, St Thomas (1856), borrowed from the National Gallery of Art, Washington, DC.

Pissarro was the first of the Impressionists, painting landscapes outdoors using bright colours and a vibrant technique. Although only 43 when he helped establish the Impressionist movement, his grey beard meant that he soon came to be regarded as its elderly leader. Paul Cézanne, although only nine years younger, described Pissarro as “a father for me”. This paternal figure is captured in an evocative self-portrait done in Pissarro’s old age (around 1898) owned by the Dallas Museum of Art. He was the only member of the group to show at all eight Impressionist exhibitions held between 1874 and 1886.

As Claire Durand-Ruel Snollaerts, the exhibition co-curator, emphasises, Pissarro “never ceased to reinvent himself”. During the 1880s, he temporarily became a Neo-Impressionist, painting with dots of colour. The Marmottan show concludes with a Le Havre harbour scene from 1903, the year of his death at the age of 73.

There will also be another Pissarro show in Paris across town at the Musée du Luxembourg. It focuses on the artist’s period in the village of Éragny-sur-Epte, 70km north of Paris, where he had settled in 1884. And for an unusual perspective on Pissarro, there is an exhibition at the Ordrupgaard museum outside Copenhagen. Titled Pissarro: a Meeting on St Thomas, it focuses on his early life in the West Indies and his close links with the Danish painter Fritz Melbye.

• Camille Pissarro: the First of the Impressionists, Musée Marmottan Monet, Paris, until 2 July