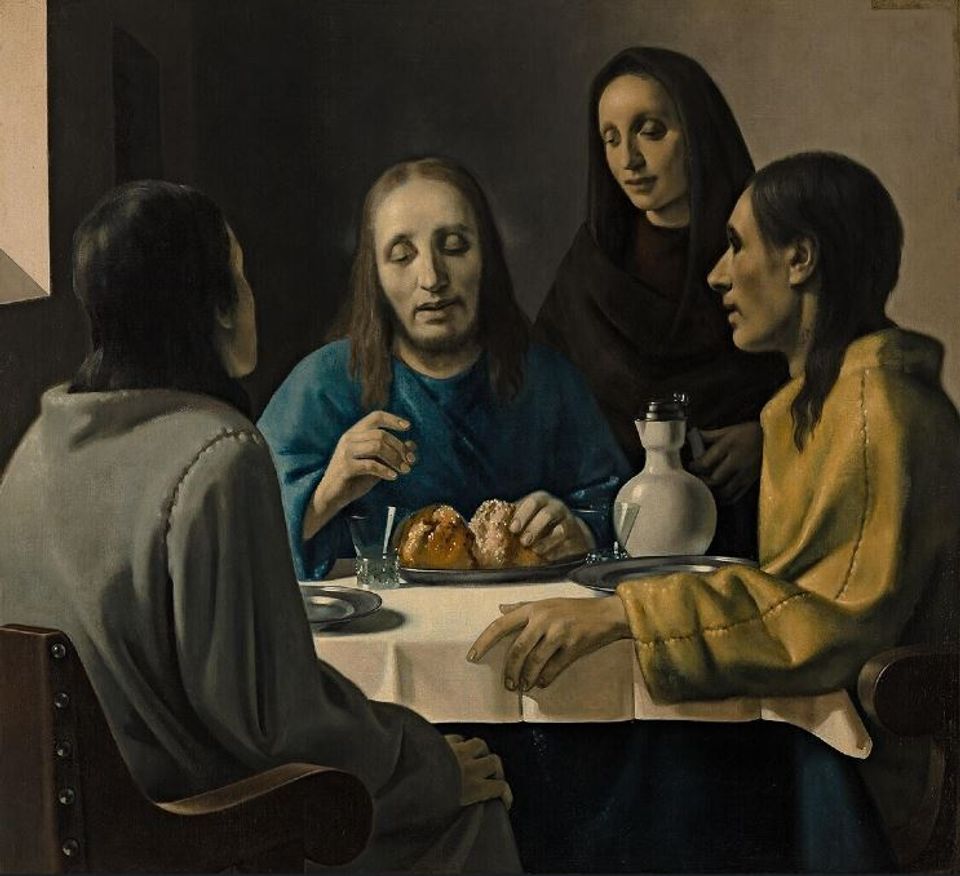 A secret Scotland Yard report shows that the notorious Dutch forger Han van Meegeren bought rare lapis lazuli paint for his “Vermeers” from Winsor & Newton. Early in 1931 he purchased what may have been the equivalent of eight years’ total sales of the pigment by the UK firm, which was one of the few anywhere in the world to market it.

Made from ground lapis lazuli (mainly mined in Afghanistan), ultramarine was then more expensive by weight than gold. However, it was used by Vermeer in the 17th century, and Van Meegeren did not want to use modern synthetic blues for fear it would expose his fakes.

The Metropolitan Police’s Special Branch file on Van Meegeren was regarded as sensitive, and was not opened up under the normal 30-year period for official papers. The Art Newspaper submitted a Freedom of Information request, and the 1945 file has now been released.

A report dated 30 August 1945 records that Special Branch was taking up the Van Meegeren case at the request of the Netherlands’ ministry of justice. This followed enquiries concerning the “collaborationist activities” of Van Meegeren. He was then in custody in Amsterdam, trying to prove that he had not collaborated with the Nazis, but had sold a fake Vermeer to German leader Hermann Göring.

Van Meegeren claimed that in 1931 he had bought ultramarine paint for the Vermeer fakes from Winsor & Newton. Its London factory was bombed during the second world war, but the stockbooks had been salvaged and were inspected by director Frank Popplewell. A Dutch translation of his statement was presented to the Amsterdam court.

The Scotland Yard report records a flurry of four Winsor & Newton orders in February-May 1931 from unnamed customers for a total of just under 12 ounces of ultramarine, worth around £50. Van Meegeren admitted that he had purchased four ounces, but it may well have been more. The police concluded that “there is every possibility that one, or even all the amounts enumerated were supplied to his order”. In a normal year, the company sold only one or two ounces of ultramarine.

For the trial, there was a scientific examination of Van Meegeren’s fake paintings. This showed that he had used natural ultramarine for Christ’s robe in The Supper at Emmaus, 1937 (left). However, he used a modern cobalt blue in the later forgery that was sold to Göring, Christ with the Adulteress, 1942. Natural ultramarine was not available in the Netherlands and during the war he could no longer buy it from Winsor & Newton. In 1947 Van Meegeren was found guilty, and a month later he died of a heart attack.

Winsor & Newton no longer makes natural ultramarine, because it is now too difficult and expensive to obtain lapis lazuli.